Boutique developer Golden Bay Land Holdings is making waves in the real estate industry today. The company recently announced that its maiden project, the 11-story Aspire Corporate Plaza in Pasay City, is on track to be turned over to clients by June 2020 — one year ahead of its original target completion. If this signifies anything, it is the prospect of a promising future for Philippine real estate through out-of-the-box concepts designed and implemented by the young minds behind this company. 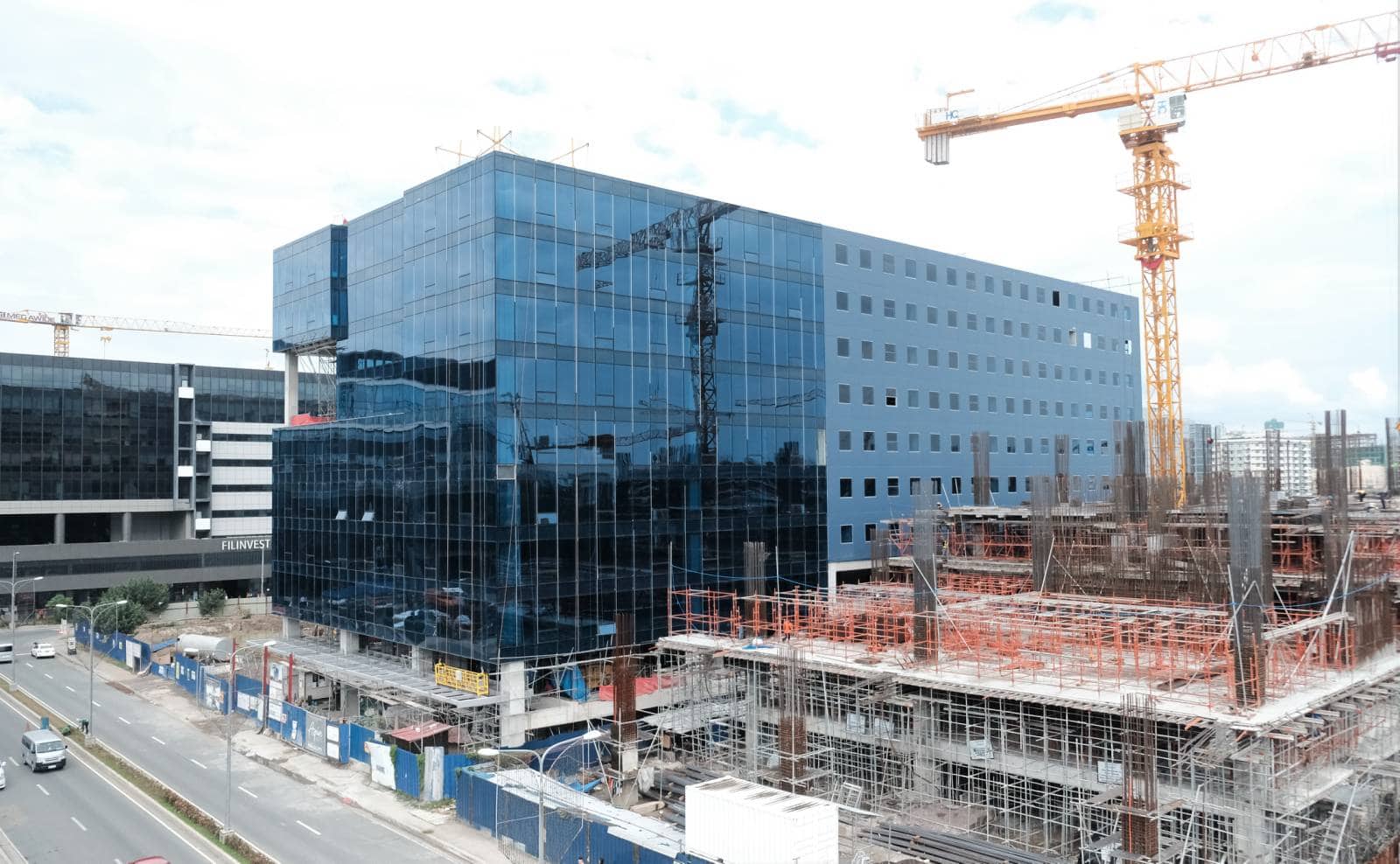 Golden Bay Land Holdings announced Aspire Corporate Plaza is on track to be turned over to clients by June 2020.

Jardin Brian Wong, the 29-year-old chief operating officer of Golden Bay Land Holdings, has been trained in business as early as age six. He currently leads this rising company with values and principles of humility, perseverance, compromise, and smarts. Like his own parents— businessman Bong Wong and former public servant Cely Bernardino — the story of Golden Bay Land Holdings is also a rags-to-riches one. “We started out with only three employees and our office was only less than 30sqm. It was just a former function room at a hotpot restaurant,” recounts Wong. “Now we are a total of 50 with a prospect to hire at least 15 more.”

Golden Bay Fresh Seafood Restaurant, one of the businesses under the corporation being led by the Wong family, helped paved the way for Golden Bay Land Holdings to be created. Through the collaborative effort of the company’s stakeholders and partners, the concept for Aspire Corporate Plaza was realized. With the massive development of residential properties in the area, they were inspired to build an office property on the 3,500sqm. lot sitting behind the now-iconic restaurant, which was among the first establishments to be built in the Bay Area when it first opened several years ago. “Seeing all the residential properties being built around the restaurant, the first thing that came to mind for us was, ‘Where will all these people hold their offices?’ That’s how we thought of Aspire Corporate Plaza,” recounts Wong about how the company, together with their partners, decided to enter the real estate business.

The building was designed with the mid- and upper-scale clientele in mind. “Our smallest cut is at 92sqm.— a perfect size for a growing enterprise. We also made sure the units are combinable and flexible for future modifications, plus all the units are without columns so no matter the location, you’re guaranteed that you’ll receive a good size or good cut, and you can maximize the office space,” Wong describes.

Through dedication, proper management, and some help and advice from mentors, Golden Bay Land Holdings is now one of the fastest-growing real estate developers in the country today. Partnering with prestigious construction companies such as Megawide Construction Corp., Asya Design Partner, Sta. Elena Construction and Development Corp., D.A. ABCEDE & Associates, and Meinhardt Philippines, Inc., Golden Bay is able to deliver on its first project at a truly impressive rate.

While Aspire Corporate Plaza is currently at its finishing stages, Golden Bay is now preparing to work on a bigger, more ambitious project: a mix-use mini-city in Bacoor, Cavite that aims to be the next go-to place for young families living south of the Metro. It will feature residential, commercial, and recreational spaces, filled with amenities that are more functional than just aesthetical.

“It is our advocacy to help young Filipino families build their dreams by investing in a house that they can call their own,” says Wong. “We feel that the lack of housing has been the burden of generations and our answer to that is to provide quality housing at reasonable prices. I guess this is our contribution to nation-building by helping the middle-aged generation build a brighter future for the next generation.”

NEX Tower, a modern and sustainable corridor in Makati CBD