For the longest time, Binondo has been a favorite stomping ground for foodies everywhere. However, there are other places to visit in the area aside from the myriad of restaurants located within.

Binondo, a district in Manila, is referred to as the city’s Chinatown. In fact, it is the oldest Chinatown in the world, which gave birth to a community of Chinese-Filipinos.

Since the 10th century, way before the Spaniards came to the country, Chinese businessmen have already been trading with Filipinos. Established in 1594 by the Spaniards, the district of Binondo was already a hub of Chinese commerce. The area was also the center of a banking and financial community which included insurance companies, commercial banks and other financial institutions. With such a long and rich history, these places are worth visiting to appreciate and relive its history, and pass on to future generations. On top of this, the district will be opening new attractions for people to visit. 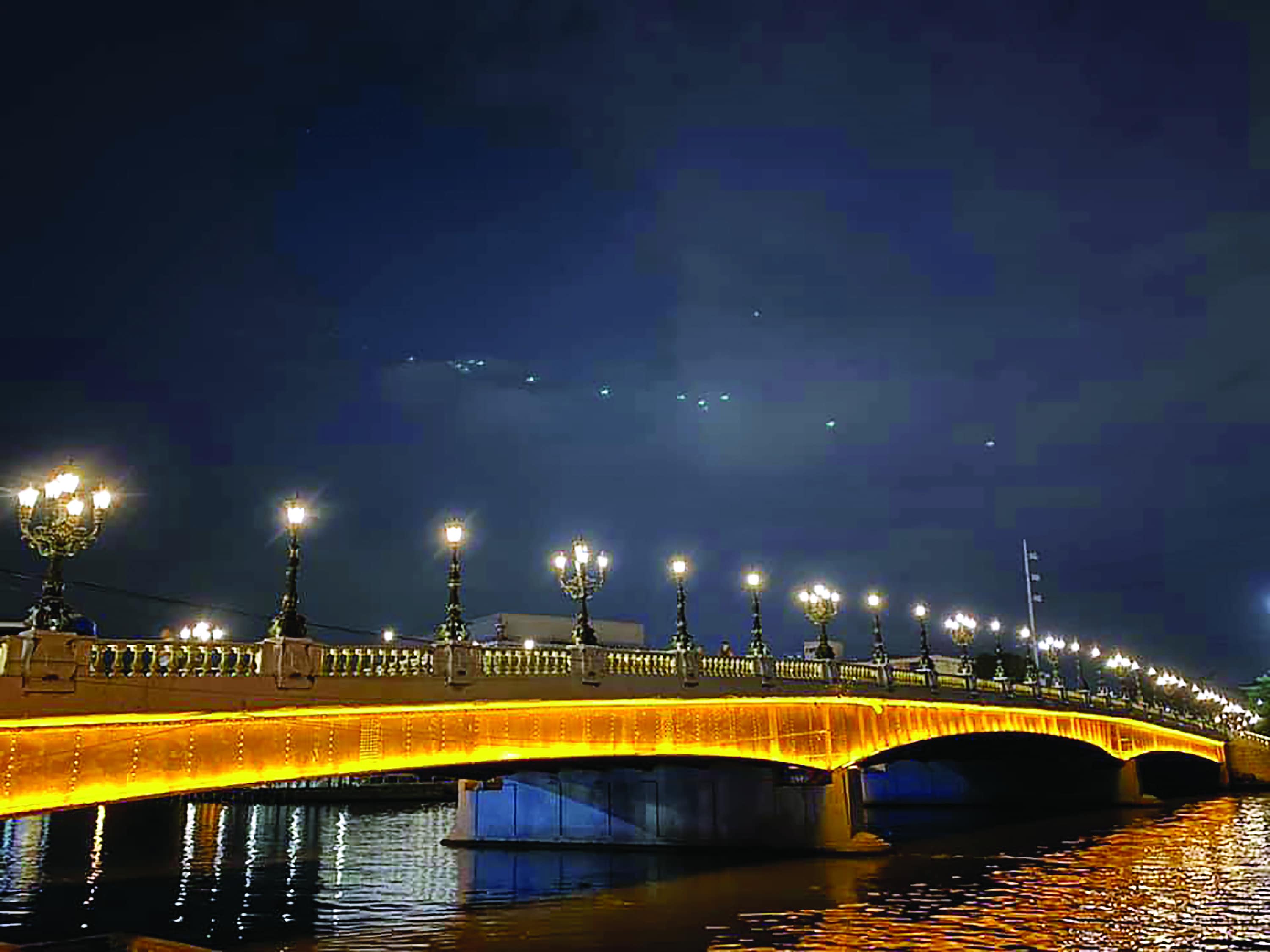 Named after US legislator William Atkinson Jones, the bridge was built to replace the Bridge of Spain (Puente de España, 1876). The first bridge was finished in 1920 and was originally designed by Juan Arellano using neo-classical architecture. It featured three arches on top of two piers, adorned with faux-stone and concrete ornaments and four sculptures representing motherhood and nationhood. Unfortunately, this was destroyed in World War II.

The bridge was later reconstructed, retaining the three arches and two piers but without the ornaments. It was only recently that the city government of Manila rehabilitated the bridge to restore Jones Bridge’s to its near-original design, returning the three surviving sculptures, and replicating the fourth sculpture that was destroyed in WWII. Today, the bridge’s steel girders are painted gold and lit with LED lights. 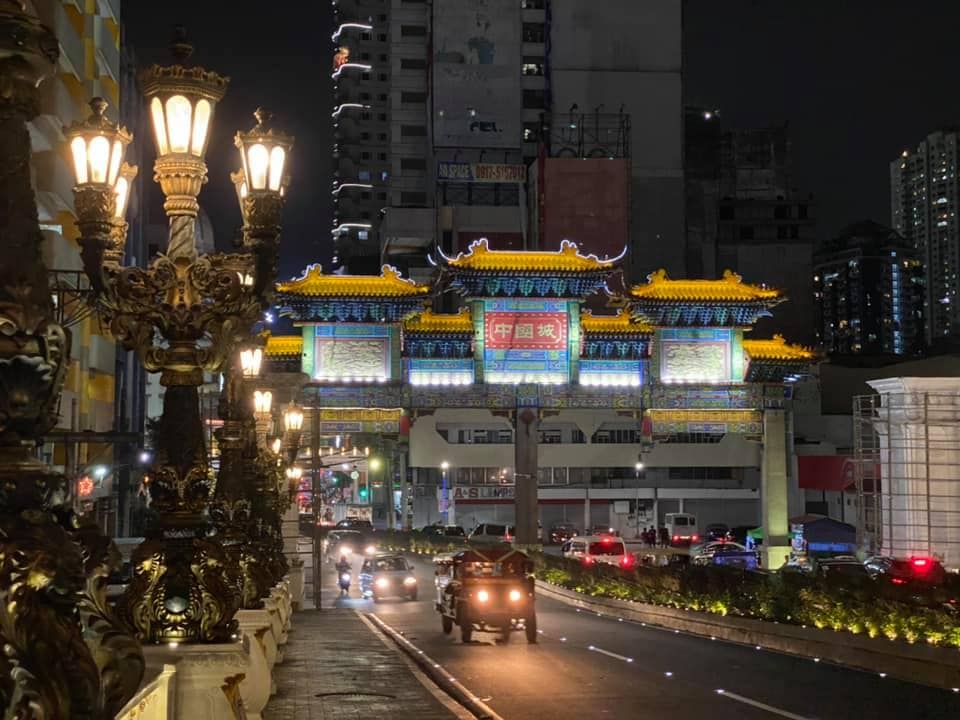 Prior to entering Binondo, visitors are welcomed by the Binondo Chinatown Arch at the end of the newly renovated Jones Bridge. The arch was constructed in 2015, standing at 63.8 feet high and 74 feet wide, making it the largest Chinatown arch in the world. The design of the arch is a fusion of modern and traditional designs with three pagodas, an eye-catching sight to people passing by, especially at night. 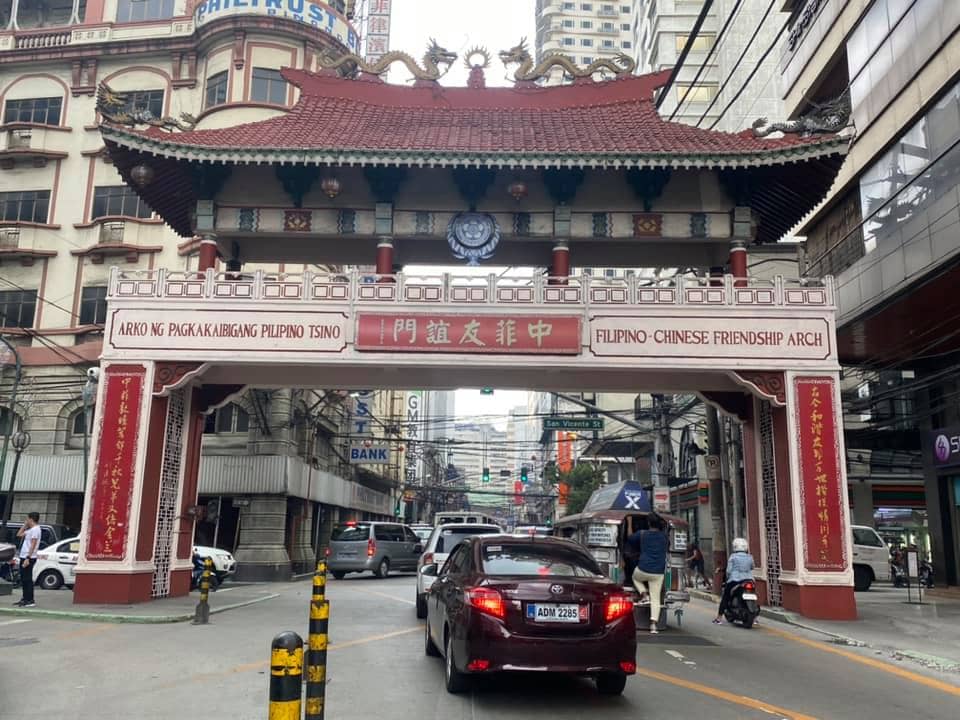 Located just a few meters away from the Binondo Chinatown Arch is the Filipino-Chinese Friendship Arch. In fact, there are four arches of this kind in Binondo — built in the 1970s to celebrate the formalization of diplomatic relations between the Philippines and China on June 9, 1975. Interestingly, these arches were built through funds raised by the Tsinoy or Filipino-Chinese community. 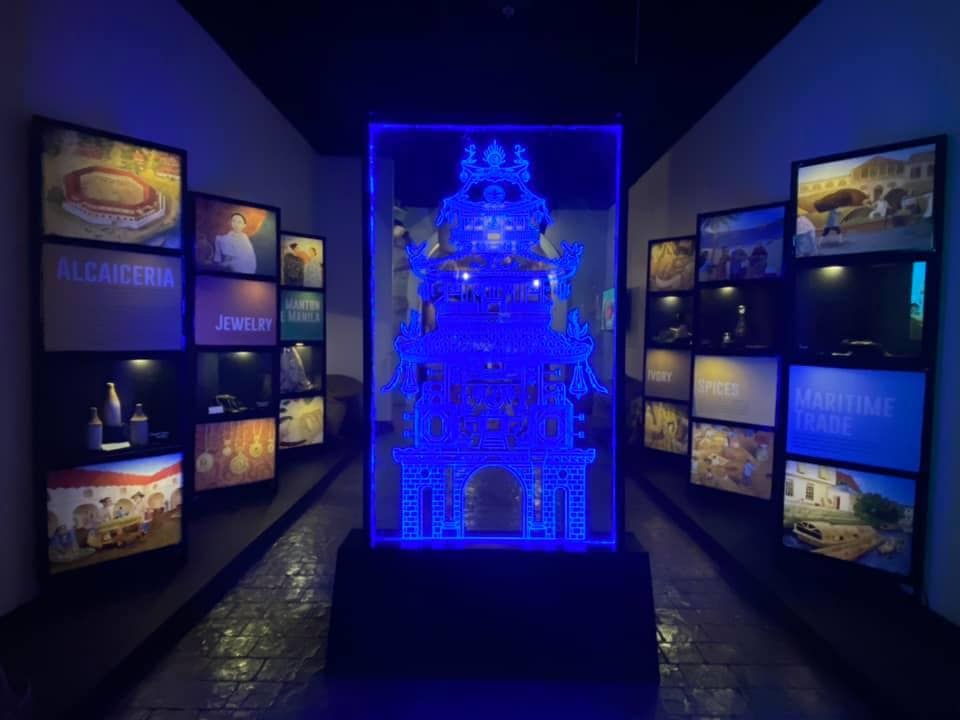 Chinatown Museum is a heritage and community space on the fourth floor of the Lucky Chinatown mall. It is the first cultural museum dedicated to the district, sharing interesting highlights of Binondo’s history. It features 18 galleries that highlight the social, cultural, economic, political, and religious landscapes of Binondo, including photographs, installations, and replicas. 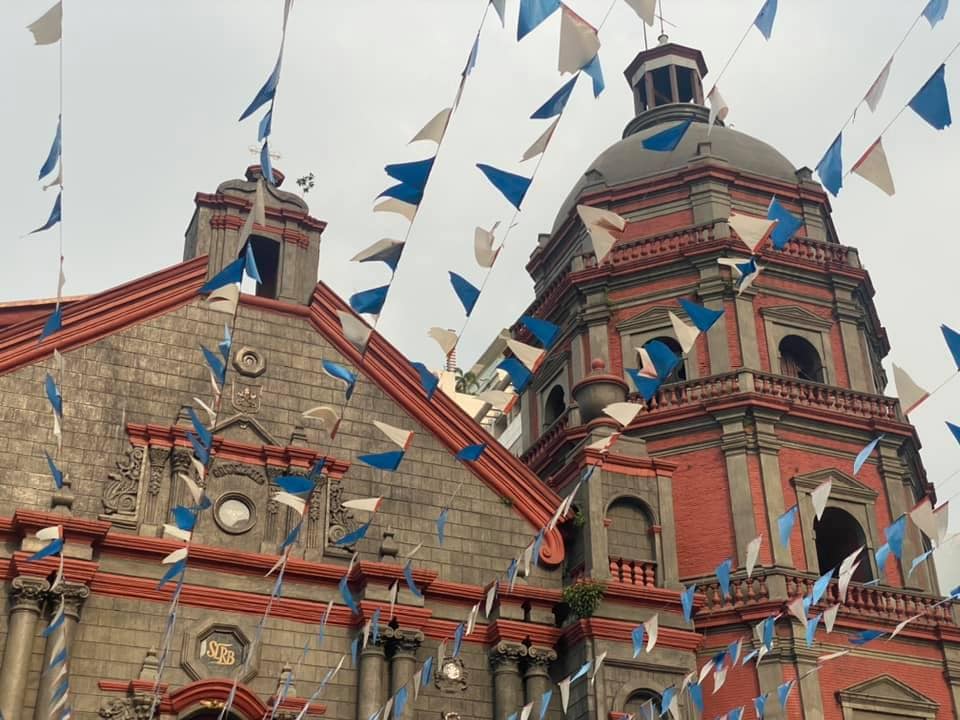 Technically, the Basilica de San Lorenzo Ruiz or Binondo Church is a Spanish landmark. It is considered one of the oldest structures in Binondo.

Dominican priests founded the church in 1596 to serve the Chinese who converted to Christianity, as well as the Filipinos living in the area. The church has gone through numerous changes in its more than 400 years of existence. The original structure was destroyed in 1762 by British bombardment, and a new granite church was built on the same site in 1852. However, it was damaged during World War II and only the western façade and octagonal belfry survived.

Lorenzo Ruiz was the first Filipino saint. Born in Binondo to a Chinese father and Filipino mother, he worked in the church as an altar boy and scribe. He and his companions went to Japan as missionaries where they were martyred for refusing to renounce Christianity. Ruiz was canonized by Pope John Paul II in 1987; his statue stands at the Plaza San Lorenzo Ruiz, where other historical markers are also installed. 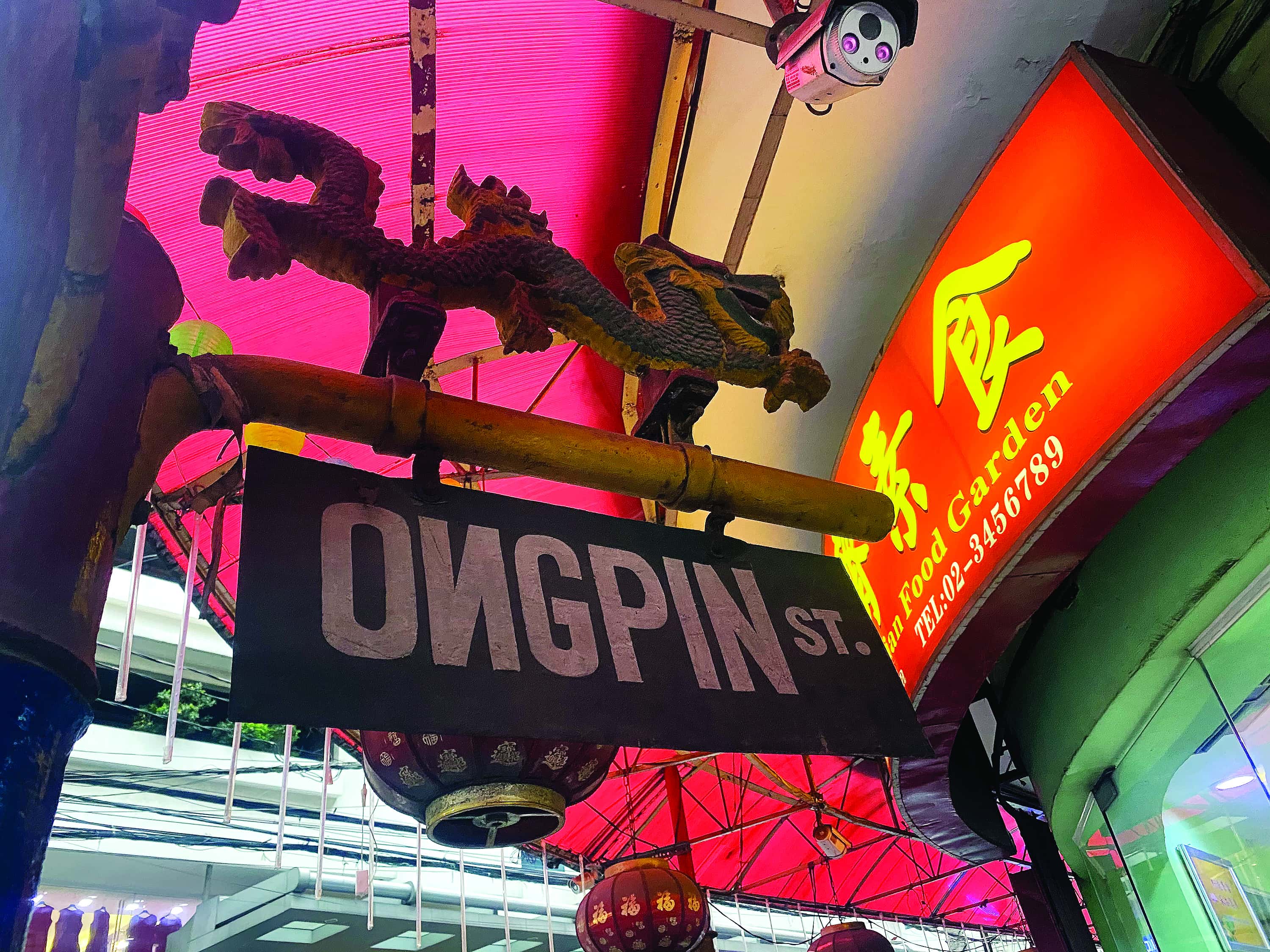 This is the ultimate haven for foodies because of a number of restaurants. This long stretch of road was named after Don Roman Ongpin, the Chinese businessman who supported the Katipunero rebels in 1896. A statue was erected beside Binondo Church, upon entering the street. Jewelry shops and stores selling charms also line the street, as well as some temples and shrines that locals still frequent. 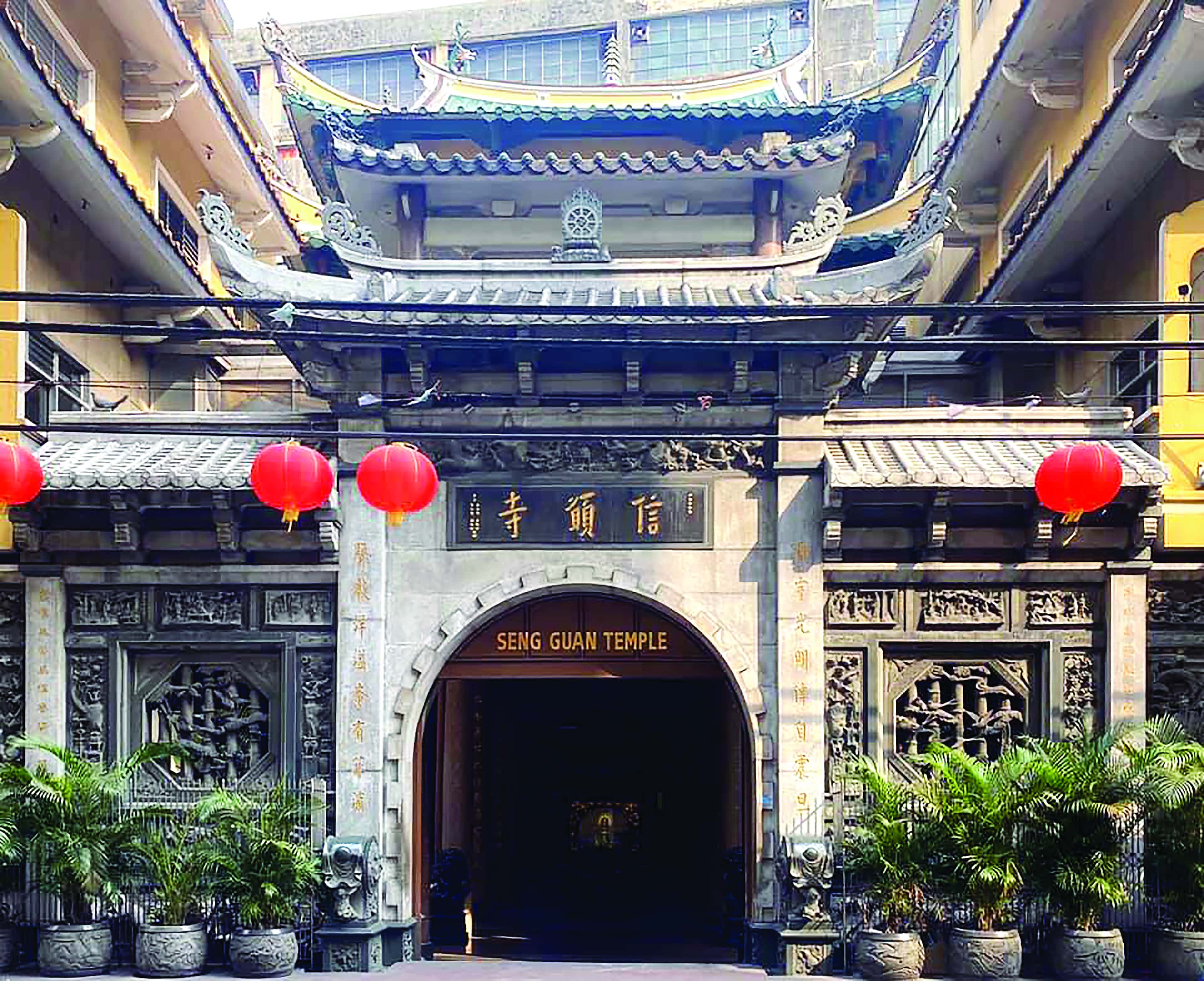 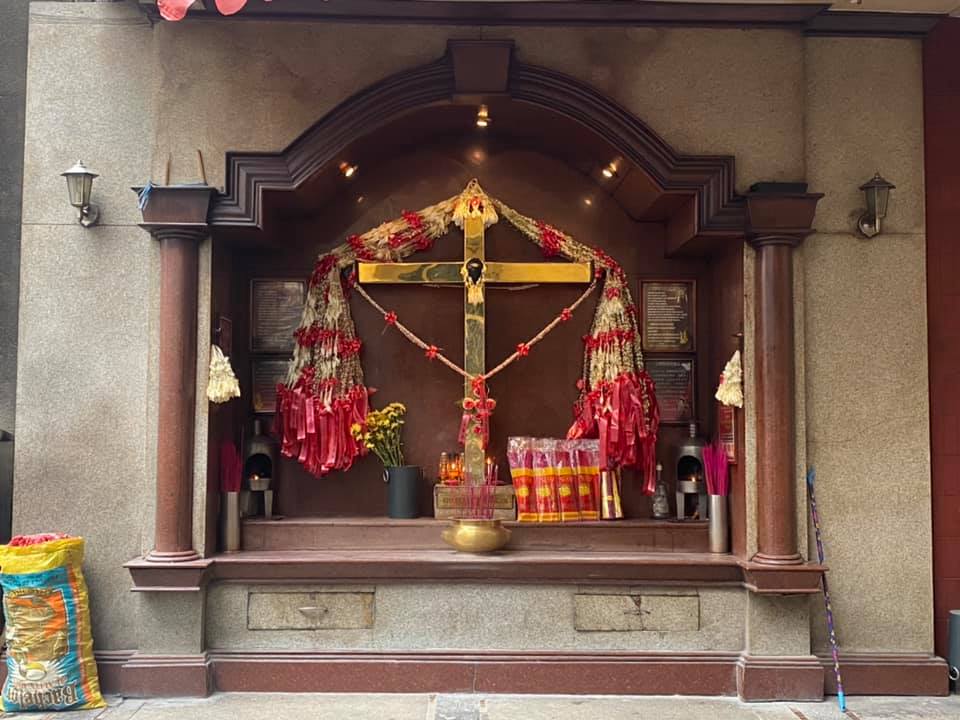 The street-side shrine is located at the corner of Ongpin and Tomas Pinpin Streets. Residents light incense, make offerings, and recite a prayer at the shrine. It is the second street shrine built in honor of the Santo Cristo de Longos. It features a cross with a heart-like figure at the center. The cross is gold-plated and is always adorned with sampaguita garlands, with Buddhist incense sticks lit underneath it. Locals recommend that visitors drop by the shrine to pay respects and pray for good luck. 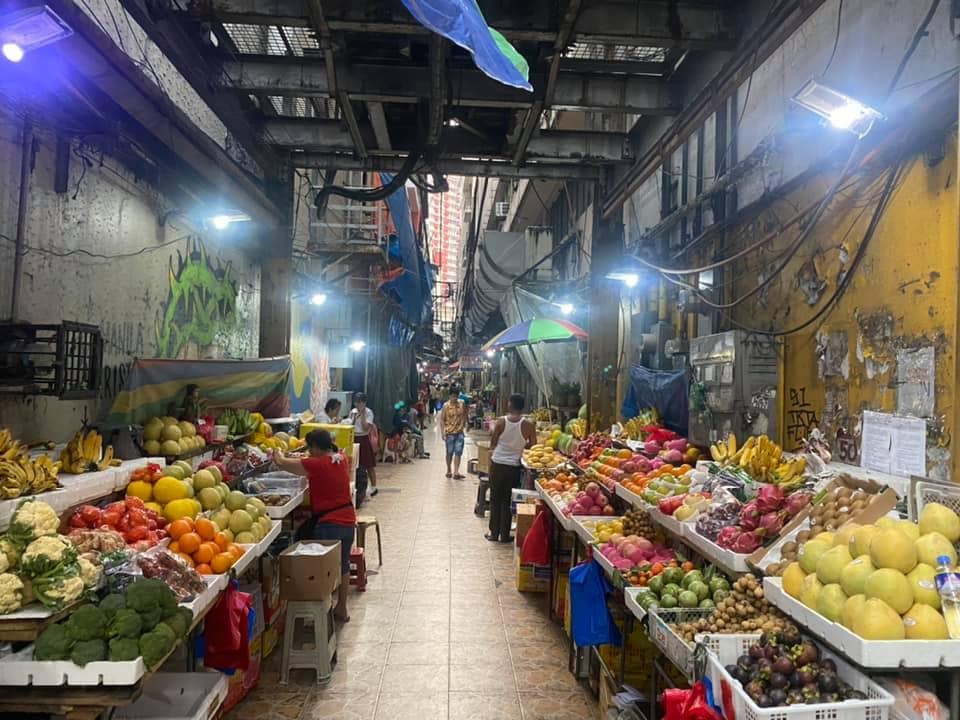 Carvajal Market is located along Carvajal Street, an alley barely three meters wide and one of the go-to places in Binondo for quick food finds and unique Chinatown experience. Aside from selling fruits and vegetables, there are numerous hole-in-the-wall stores that offer both Chinese and Filipino delicacies for dine-in and on-the-go options. 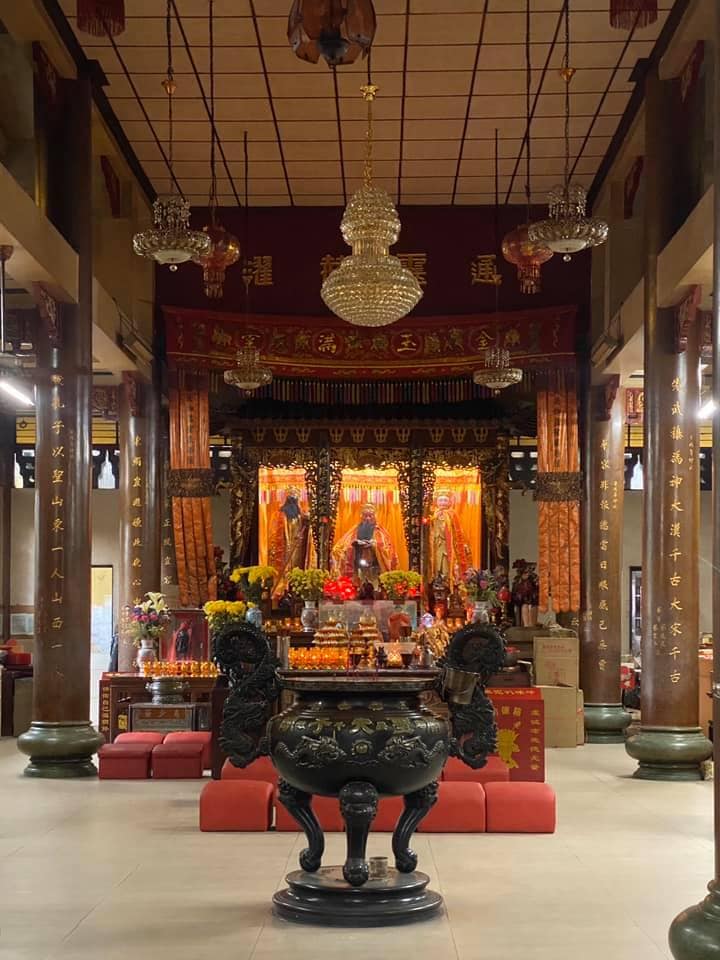 Kuang Kong is known as the God of War, and Patron of Martial Arts and Scholars. He was one of the most popular Chinese historical figures, a powerful and honorable general during the Three Kingdoms era in China. His image is placed on the far left side of the altar.

The temple is located on the third floor of a four-story building. To get there, walk along Ongpin Street and then turn at Teodora Alonzo Street before turning to Kipuja Street. Those who pray for good luck and seek advice from fortune tellers often visit the temple. It is open to the public, so visitors can experience the spiritual atmosphere brought about by the scents of burning incense. Do note that just because the temple is open to the public, be wary of taking photos of praying devotees. 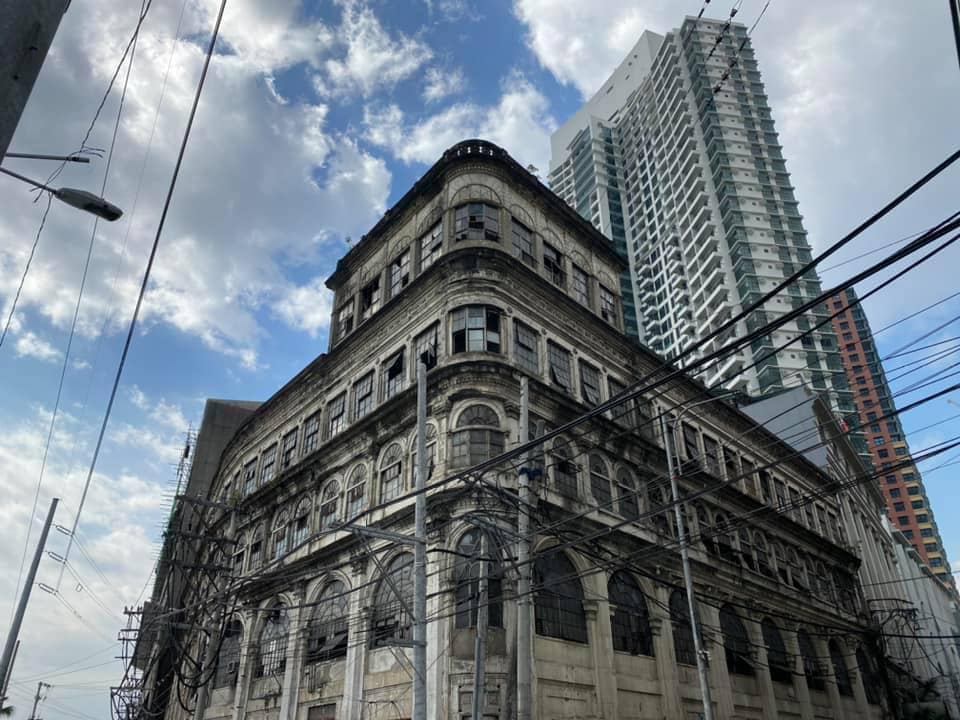 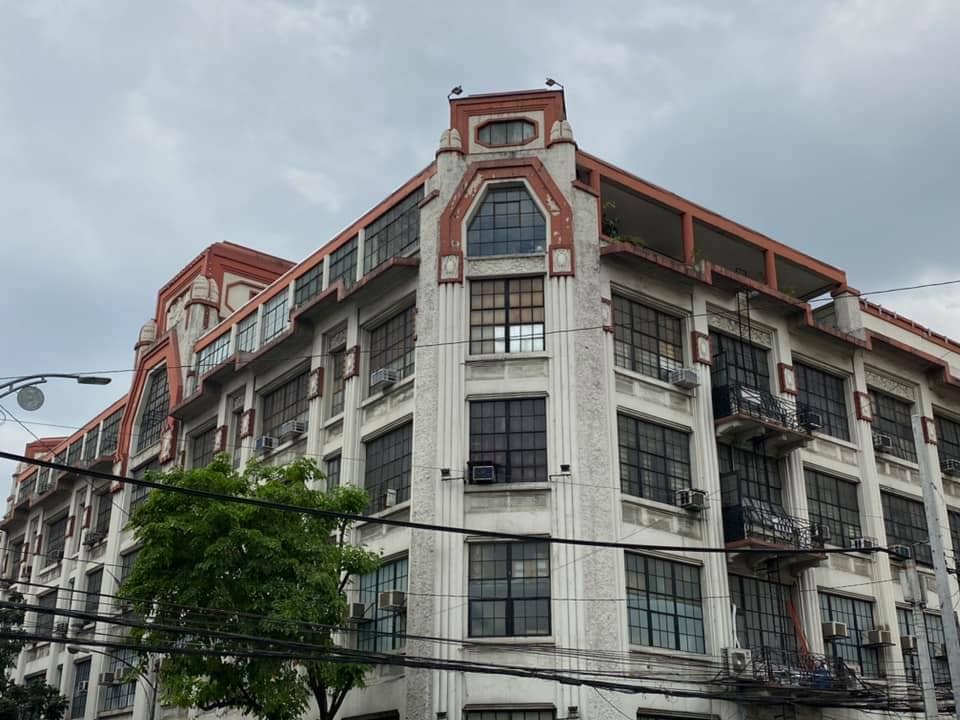 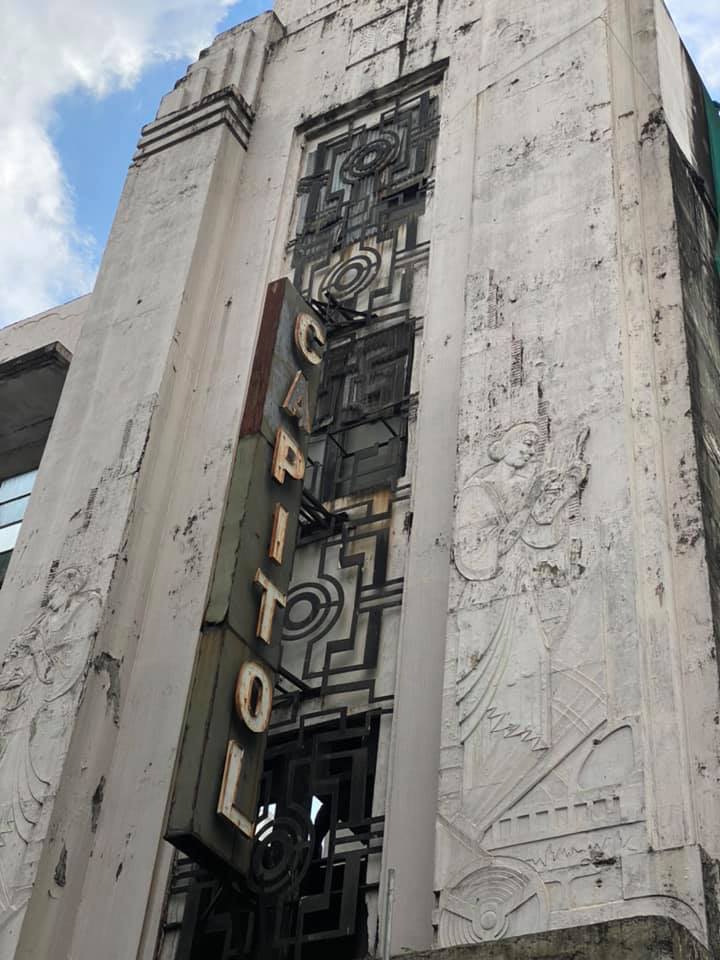 Dubbed as “Queen of the Streets,” Escolta is one of the oldest streets in Manila and home to several elegant and majestic Spanish and American structures. In its prime, it was lined with shops and boutiques selling an assortment of goods, including imported ones from China, Europe, and the Americas. The street became a fashionable business district and served as Manila’s primary commercial district before its decline in the 1960s. Escolta has experienced a revival in recent years with many creatives using it as the next art hub. The noteworthy structures are the El Hogar, Don Roman Santos Building, First United Building, Regina Building, Calvo Building, and Capitol Theater. Most of these structures have been preserved and rehabilitated, but the Capitol Theater’s interior is currently being demolished to make way for a residential building. The façade of the theater, however, will remain and be integrated to the said building.

Visitors can expect more attractions to visit in Binondo. Eng Bee Tin, known for its traditional Chinese delicacies such as hopia, tikoy and the like, is currently finishing a museum dedicated to the company’s history. The museum will be located on the third floor of the new Eng Bee Tin store along Ongpin Street. 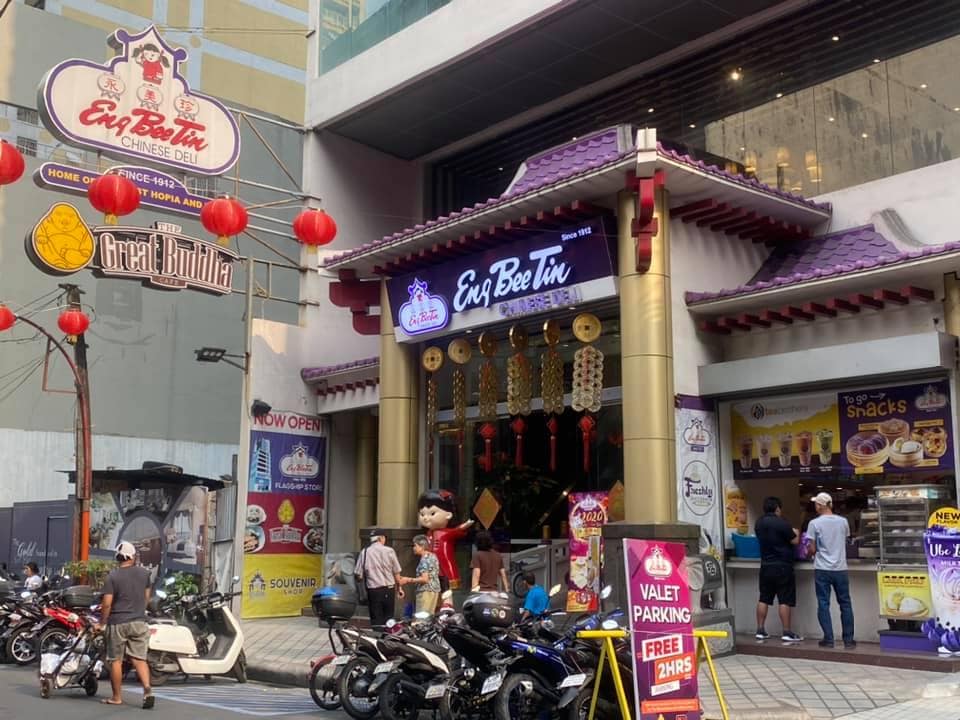 Celebrating its 100th year, China Bank is marking 2020 with the restoration of the China Bank’s original head office, the Binondo Business Center, to its former grandeur for future generations to enjoy and admire. Built in 1924, renovations done to the center are expected to be finish in August of this year.

Binondo has been around for more than 400 years. It has been preserved, rehabilitated, and reinvented by its residents — those who know how to appreciate its uniqueness, and those who know to look back in history in order to move forward. With any luck, this most-beloved district will survive another 400 years with those flavors, sounds, and feels still intact.

The warehouse of tomorrow

Parklinks: Changing city living as we know it

Urbane and Humane: MACEA crafts an integrated suite of urban mobility and livability...

In the midst of local and global economic shifts: InLife inspires to be financially...
Scroll to top