Bacolod City, the capital of Negros Occidental, is highly urbanized but with an old-world charm evident in the genuine warmth and hospitality of the people, the delectable cuisine, rich history and culture, and scenic environment. From a small settlement by the riverbank known as Magsungay during the Spanish colonial period, it has developed into one of the fastest-growing cities in the country.

For Filipinos who prefer a more laid back area to live in, here are the top five reasons why you should consider moving to Bacolod.

Recognized as the next IT capital

Ranked as the Philippines’ third fastest-growing economy in terms of the information technology (IT) and business processing outsourcing (BPO) industries, it has received recommendations from various agencies and organizations as the best location in Visayas for BPO activities. Major names in the industry have set up shop in Bacolod, further improving the landscape of the city.

The golden decade of infrastructure

In addition, two major projects from the Build, Build, Build program of the national government are underway — the Bacolod Economic Highway and the Bacolod-Silay Airport. Projected to finish in 2020 and 2021, respectively, these infrastructures will help increase the economic boom that Bacolod is currently experiencing.

Apart from this, the city government is set to implement major projects this year, ushering Bacolod’s “golden decade of infrastructure.” These include the Bacolod Masskara Coliseum, roads, and bridges — including concreting widened roads and a museum-auditorium, among others.

Aside from being a business-friendly city, Bacolod is also tourist-friendly. In 2018, the city enjoyed a total of 835,453 tourist arrivals, mainly due to the MassKara Festival. The festival is held every October, and centers on big, vibrant smiling masks. It was originally developed to uplift people during a period of grief and crisis, the festival has made the city known as the “City of Smiles.” 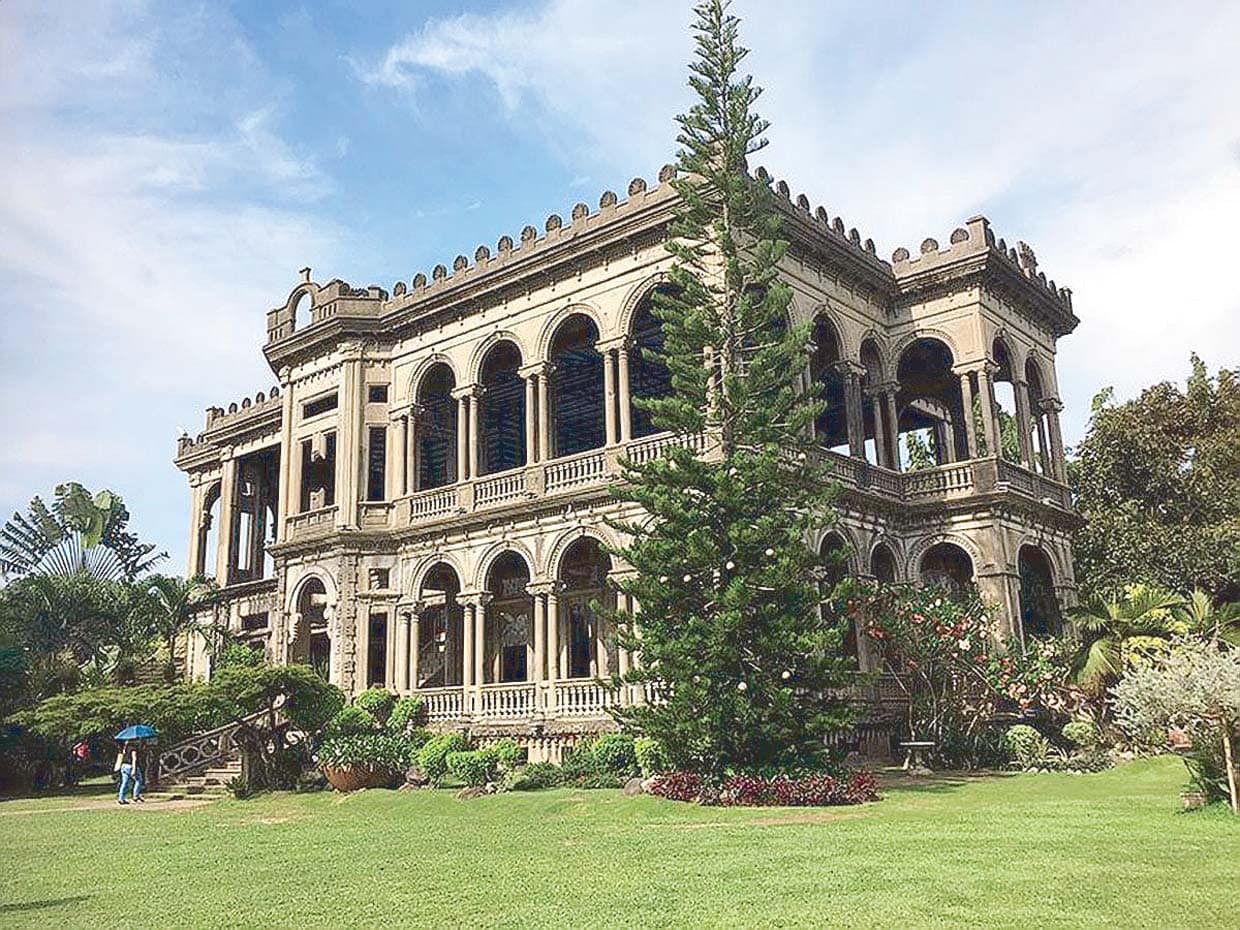 The Ruins, once the ancestral mansion of a sugar baron, is one of Bacolod’s iconic structures and most photographed.

Bacolod offers a rich history, scenic environment, hospitable community, palatable cuisine, endless fun, urban progress, and country charm all wrapped into one. One of its iconic structures is The Ruins. This architectural masterpiece is one of the most photographed tourist spots in the city. Once the ancestral mansion of a wealthy sugar baron, it was destroyed in World War II. What is left is the structural frame that serves as a testament to its former beauty.

Another reason why Bacolod is becoming hugely popular is the cost of living, which is relatively low compared to that of Manila or Cebu. It also takes pride in its low crime rate and manageable traffic conditions, and it rarely suffers from natural calamities like earthquakes, storms, and flooding

With these in mind, it is no wonder that Bacolod has been billed as one of the most livable urban centers in the country.

Baguio: A city of arts, culture and all things cool
"
Newest innovations at the Kitchen and Bath Industry Show

Feng shui tips for selling a home
Scroll to top