TeamLab, the art collective founded in 2001 and whose exhibits have dazzled the world over, has created yet again an exceptional show — this time fusing water and digital art. People who have seen their otherworldly “teamLab Borderless” exhibit at the Mori Building Digital Art Museum in Tokyo or their other shows (at any given time they have about 20 ongoing around the world) will experience a different kind of teamLab exhibit here. 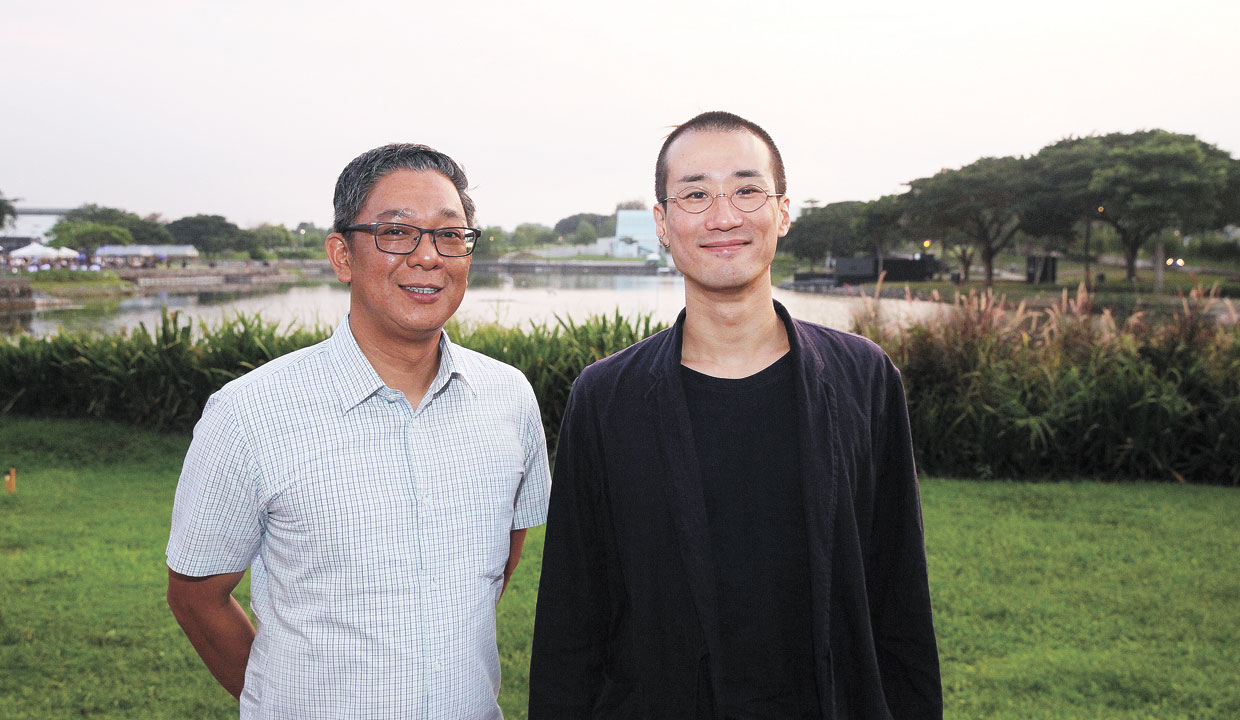 teamLab’s first-ever digital art exhibition in the Philippines opened to the public on Nov. 22 and will run for a year, every hour from 6 to 9 p.m., Friday to Sunday.

Nuvali estate head John Estacio first encountered their work in Paris. “I thought it was awesome. Then I went to visit Tokyo which was really wonderful.”

John adds that bringing the collective’s work here is in line with Ayala Land’s support of the arts. “It’s in the company’s DNA to put art in our developments. We support artists and exhibitions in BGC and Makati. For Nuvali, since we’re a new urban area, we wanted to explore other forms of art and a different execution.” 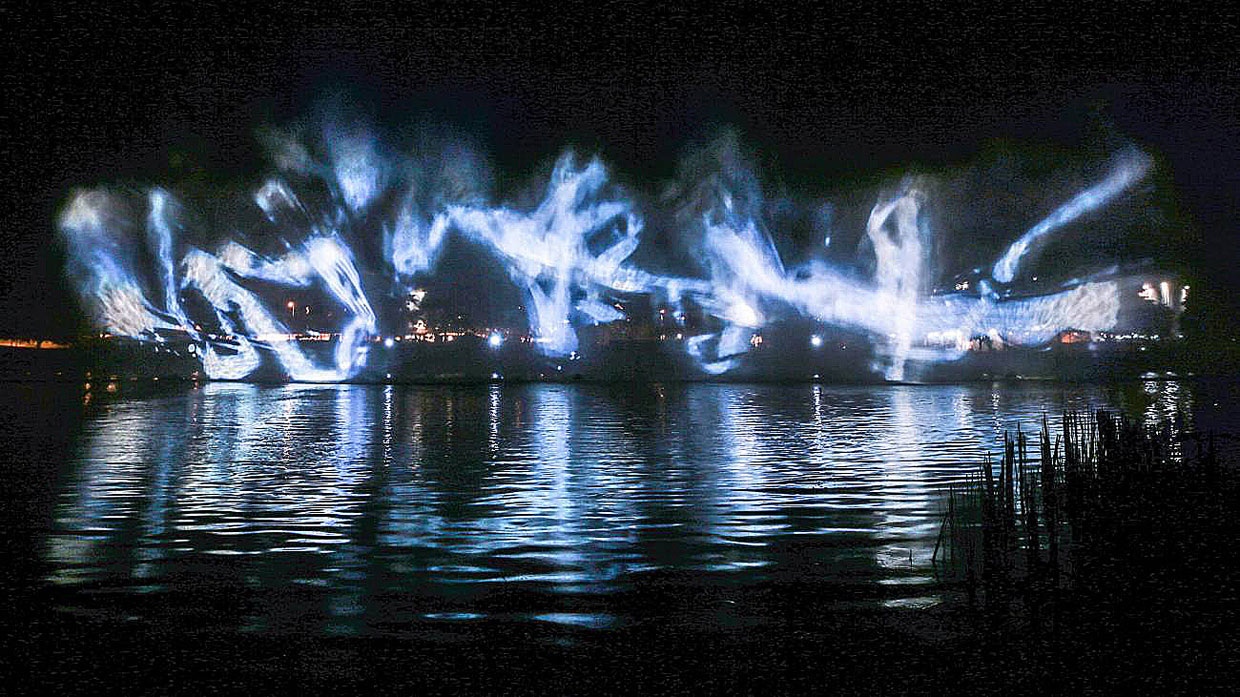 Instead of one artist, the exhibit essentially brings to us hundreds.

teamLab’s Kudo Takashi says teamLab is composed of about 650 members — an inter-disciplinary, international collective of artists, programmers, software and hardware engineers, CG animators, mathematicians and architects “whose collaborative practice seeks to navigate the confluence of art, science, technology, design and the natural world.” Born in Tokyo and raised around the world, Takashi himself majored in philosophy and literature.

“We don’t have titles in teamLab, just skills set, because when we create something, we create by teams,” he says. “Our shows explore a new relationship between humans and nature, and between oneself and the world through art. Digital technology has allowed art to liberate itself from the physical and transcend boundaries. teamLab believes that everything exists in a long, fragile yet miraculous continuity of life. teamLab aims to transcend the boundaries of our understanding of this continuity.” 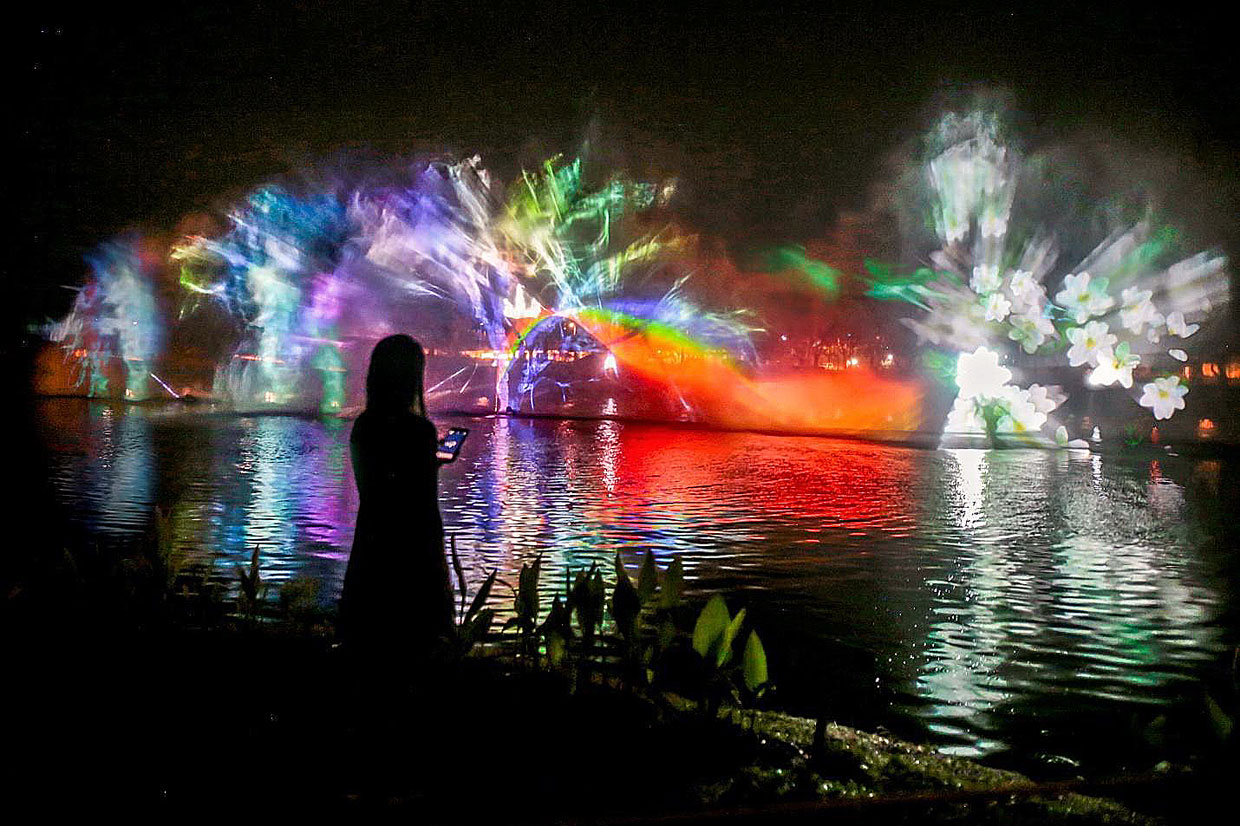 Born from the Water, a Loving and Beautiful World, is an interactive show using the Nuvali teamLab Water app.

teamLab maintains that “Art created using digital technology has the ability to change relationships among people who are present in the same space. If the interaction of other people with an artwork creates change that we feel is beautiful, then the presence of others can itself become a positive element.”

John Estacio adds, “In Ayala Land, our priority is to be able to give our residents and visitors avenues that can foster a sense of community, excitement, and even appreciation for art. From our signature lights and sounds show, art fairs, wellness and other community events across all our estate developments, we consistently try to innovate ways we can make unique and memorable experiences for the whole family.”

The 30-minute show is divided into four segments — Born from the Water, a Loving and Beautiful World; Water Scrolls: Genpei Yashima Battle; Fishing Party: Spin your Fishing Reel; and Reversible Rotation in Water. 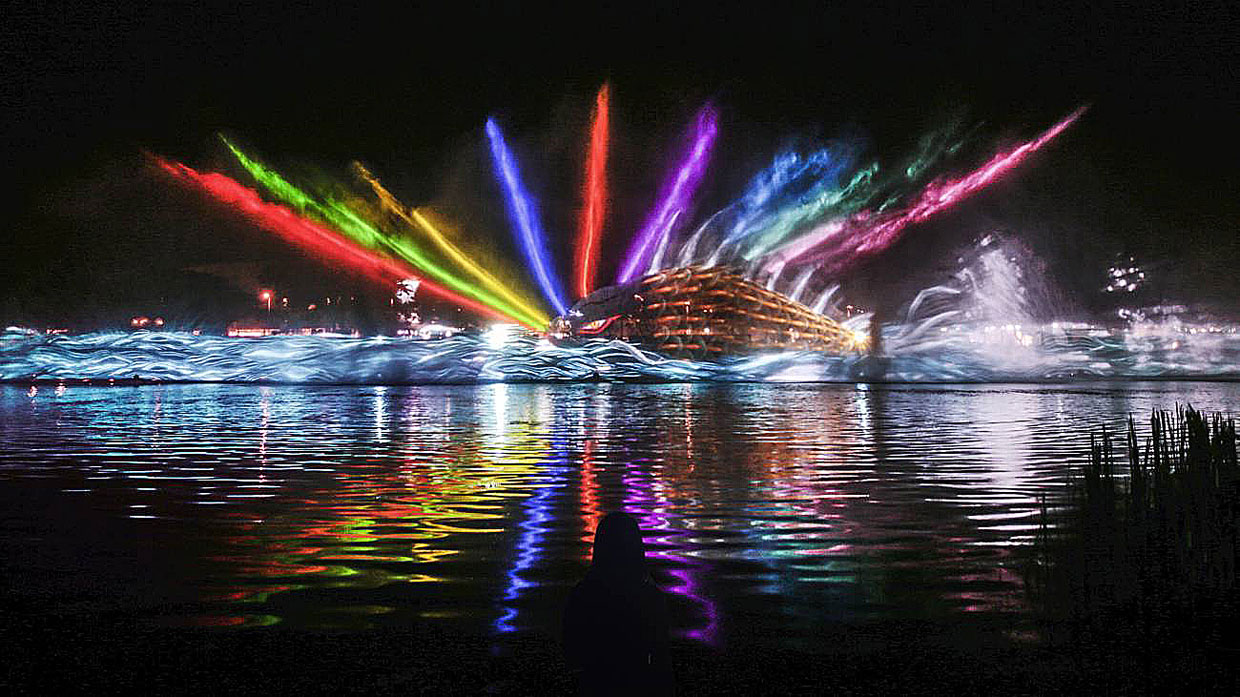 The first and third segments are interactive, co-created by the audience’s participation in real time using the Nuvali teamLab Water app. Born from Water has the audience selecting their fave characters on their smartphones and swiping them toward the water screen. It’s amazing to literally see colorful elements appearing as you swipe and then being placed at various positions within the space.

My fave is the second, Water Scrolls, for its visual drama and the narrative drawn from Japanese history’s Battle of Yashima in 1185. It features elements of the real naval battle including hundreds of boats, a storm, soldiers riding out to sea on horseback, and a heike monogatari or a “very beautiful lady” on a boat who, according to accounts, “placed a fan atop a pole and dared the Minamoto to knock it off.” (One soldier riding on a horse did, with just one shot.)

Also interactive, the third segment Fishing Party lets audiences reel in fish by shaking their smartphones. People with the same color reel spin their reels together and either catch the fish if a number of them do it together or the fish gets away. The last part has everyone trying to catch a giant fish.

The last segment, Reversible Water Rotation, features calligraphy written on the water and rotates clockwise or counter clockwise depending on the viewer’s perception. teamLab’s website notes that this is something teamLab has been “working on since its founding. The artwork reconstructs Japanese sho (calligraphy) in three-dimensional space and expresses the depth, speed and power of the brush stroke. The calligraphy shifts between two and three dimensions.”

I would have enjoyed the last segment more if it was around a subject close to us — like our coral reefs, which would have tied nicely the digital art being projected on water, the lake setting and Nuvali’s advocacy of sustainability.

As an added segment for the Christmas season, a local team of artists created a show featuring our lanterns in all their dazzling, dizzying colors. A lakeside show is always a good way to celebrate the season.

Ayala Land at 30: Co-creating the future

Privato Hotel: For business and leisure
"
Lighting without limits