In August 2014, the Agricultural Training Institute (ATI) recognized Gernil’s Farm as a Learning Site for Agriculture — the initial step in ATI’s ladderized approach to extension service.

Being a Learning Site means the farm applies agricultural technologies and can be a venue for practical and hands-on learning or a visit area for other farmers, rural community members, ATI training participants, and others interested in agriculture and agri-products/by-products processing.

After one year, it was certified as a School for Practical Agriculture, and eventually accredited by the Department of Tourism as a Farm Tourism Site in Koronadal, South Cotabato.

Gerardo “Boy” Cordero, the farm owner and manager, encourages traditional farmers to apply modern techniques in organic farming. He says that lack of interest in such technologies leaves some farmers in poverty despite having hectares of land. Years of experience have taught the Cordero family that, indeed, there’s money in farming, and they are more than willing to share their story to everyone. 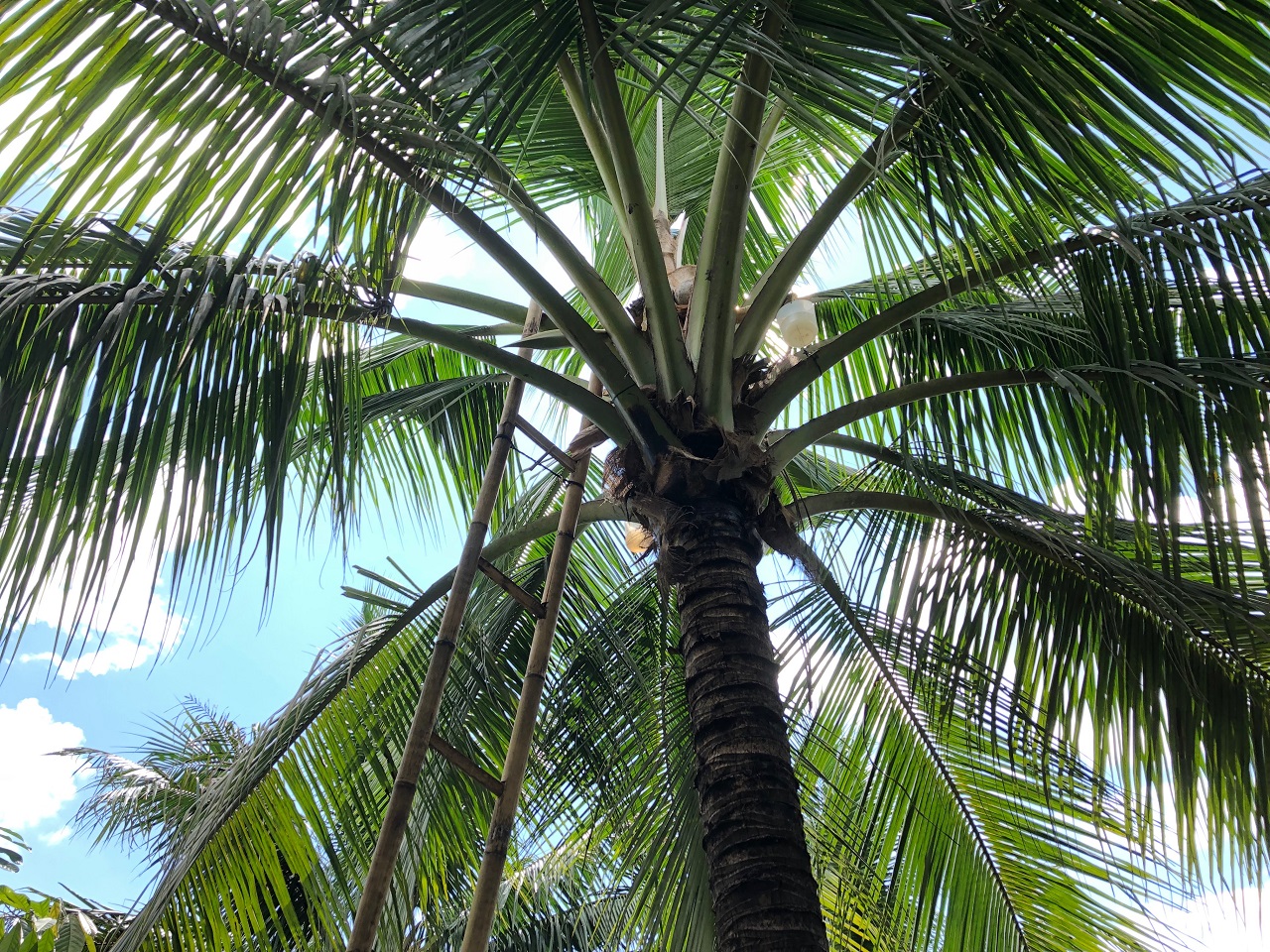 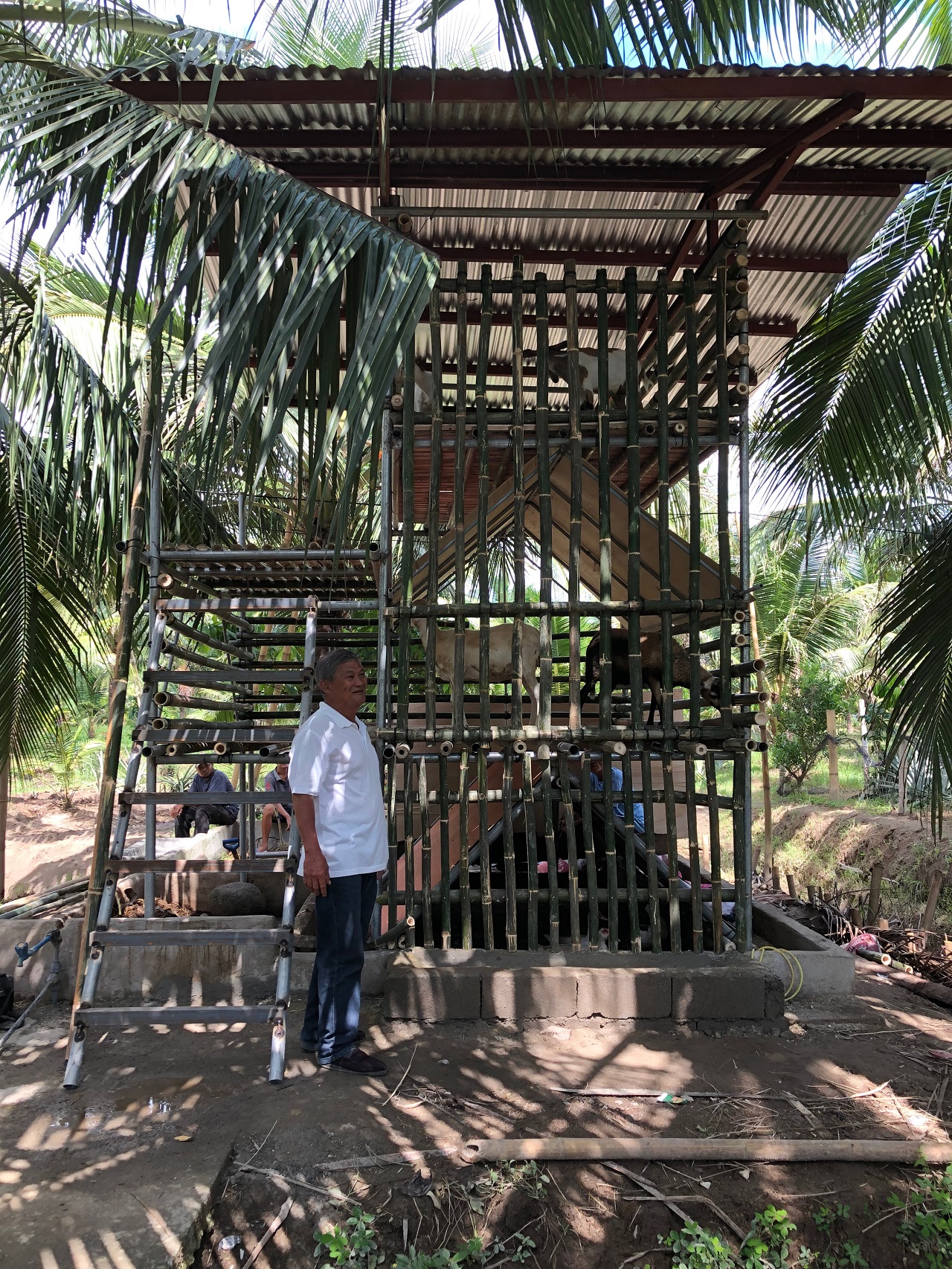 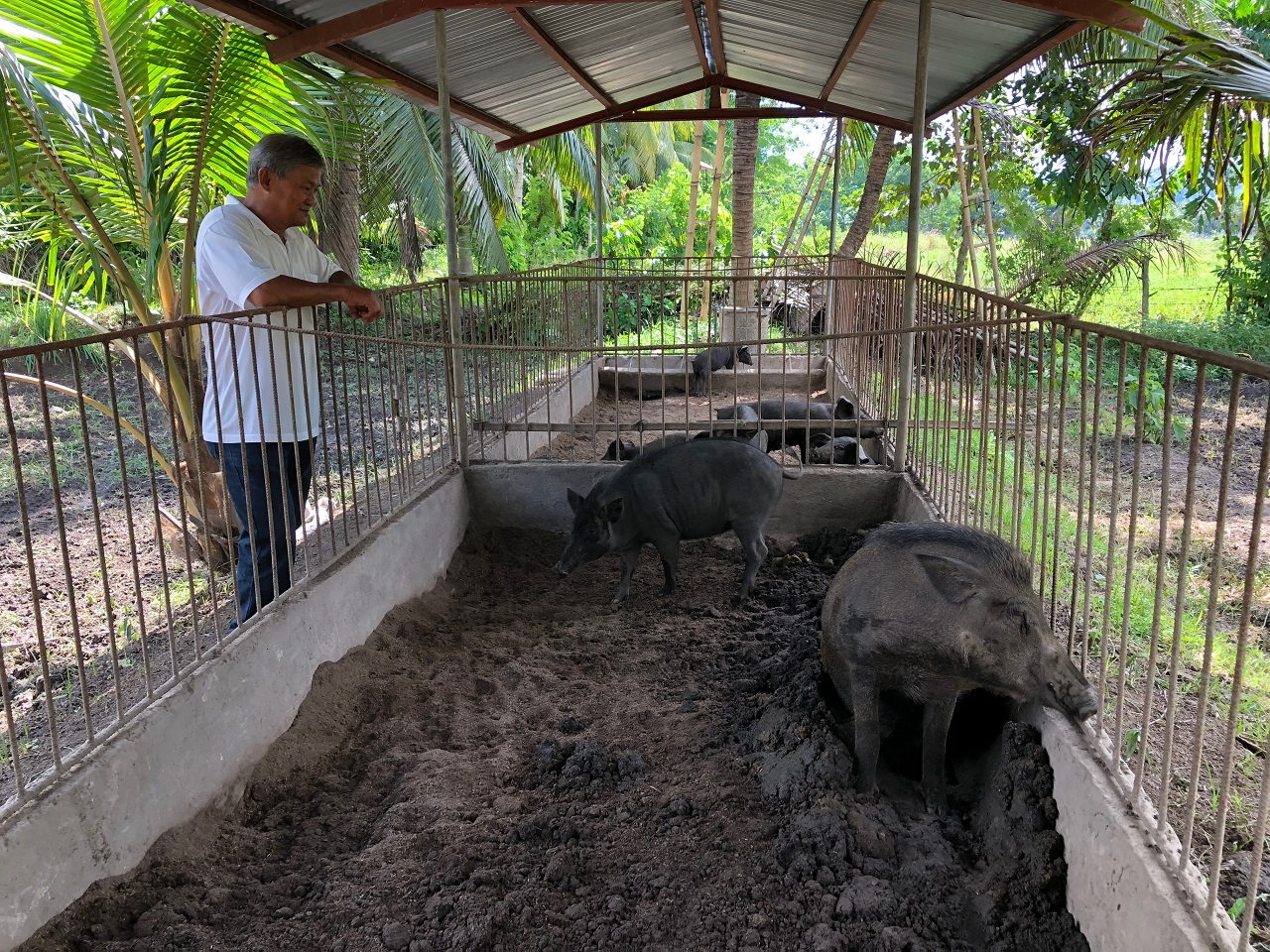 Here are 10 takeaways from the man who has proven that one can earn P1 million from as small as a quarter hectare of farm.

1. Producing coco syrup, coco sugar and coco vinegar is the way to go, and opt for the Malayan Yellow Dwarf variety. As the name says, this coconut tree doesn’t grow too high so it’s easier to reach the flowers, where one gets the coconut sap or tuba — the main ingredient. After three years, each tree can produce up to three gallons of tuba per day.

2. It’s relatively easy to make coco syrup and coco sugar. Despite the high cost of these now in-demand nutritional products, they’re actually easy to make. Fresh tuba is cooked until it reaches its boiling point. If it’s not boiled within six hours of production (can be longer at night because it’s colder), it will ferment into vinegar.

3. How about coco sugar? After boiling the tuba, which basically kills the bacteria that cause fermentation, continue stirring for about three and a half hours until the liquid caramelizes. This is now the coco syrup. Continue for 20 to 30 minutes until it solidifies and become sugar.

4. Gernil’s Farm is not planted entirely with coconut, and Cordero strongly suggests multi-cropping. One parcel of the farm has a mix of coconut, mangosteen, cacao and lanzones — with 10 meters x 10 meters spacing. Instead of buying herbicides, they let ducks roam around to cut (and eat) the grass.

5. The farm also features a palay-isdaan, a fishpond and rice field in one, which clearly manifests that no harmful pesticides are used. On a side note, Cordero gives easy tips on where to get organic fertilizer for small gardens. Mix one tablespoon of baking yeast with a gallon of water, or simply save the rice water or hugas-bigas which contains lots of nutrients.

6. Even the palay-isdaan has coconut trees. In other areas of Gernil’s Farm, sun-loving fruit trees abound. As in investing, one shouldn’t put all the eggs in a single basket. “If something happens and you don’t earn from your coconuts, you should still have other crops,” says Cordero. After some of his cacao and coconut suffered drought, he started looking for more resistant trees such as jackfruit and guyabano.

7. Instead of selling fruits as fresh produce, these are processed into jams, candies, and other products, making it more profitable. Cordero and his wife, Nilda, also learned to concoct their own mangosteen capsules, which they sell for less than P5 each. “Through farming, I’ve learned about many herbal medicines,” he shares.

8. Cordero also invented innovative two- and three-storey apartments for his farm animals, letting four goats and a family of ducks live comfortably within a 3 meters x 3 meters space. The bamboo floors are layered with sliding plywood so waste is easily collected.

9. The collected waste is then placed in the vermicompost pit, where African nightcrawlers consume and transform them into organic fertilizer. All the farm and garden waste — dried leaves, coconut husks, rice straw and other post-waste — are converted into fertilizer.

10. The best thing about visiting an organic farm like the Corderos’ is getting a chance to partake of the purest farm produce, such as Gernil’s hot chocolate, the best in town! And their organic lechon baboy ramo is the best lechon ever. Know that if it’s organic lechon, you don’t need soap to rinse off the fat. To taste — and feel — is to believe. 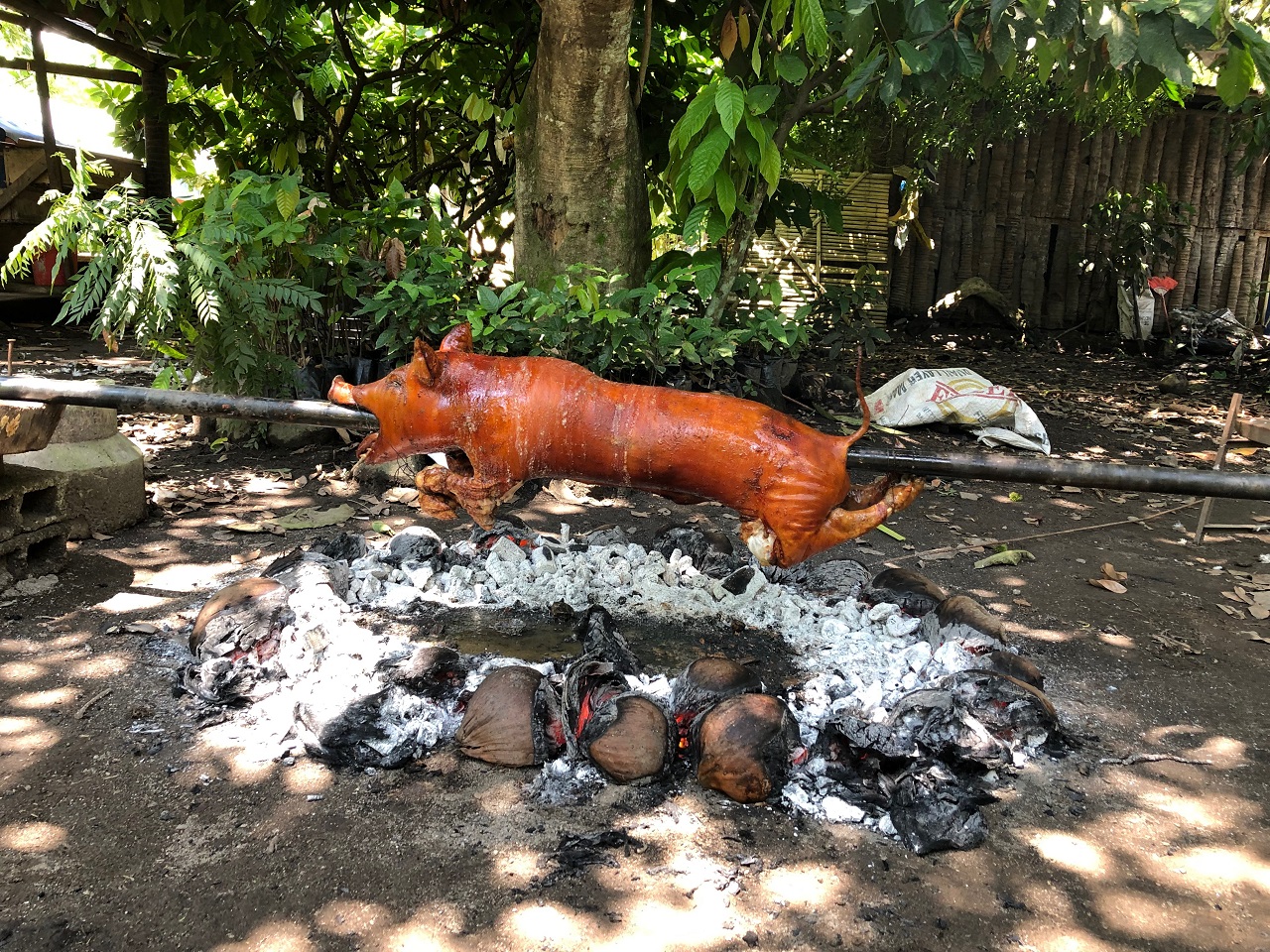 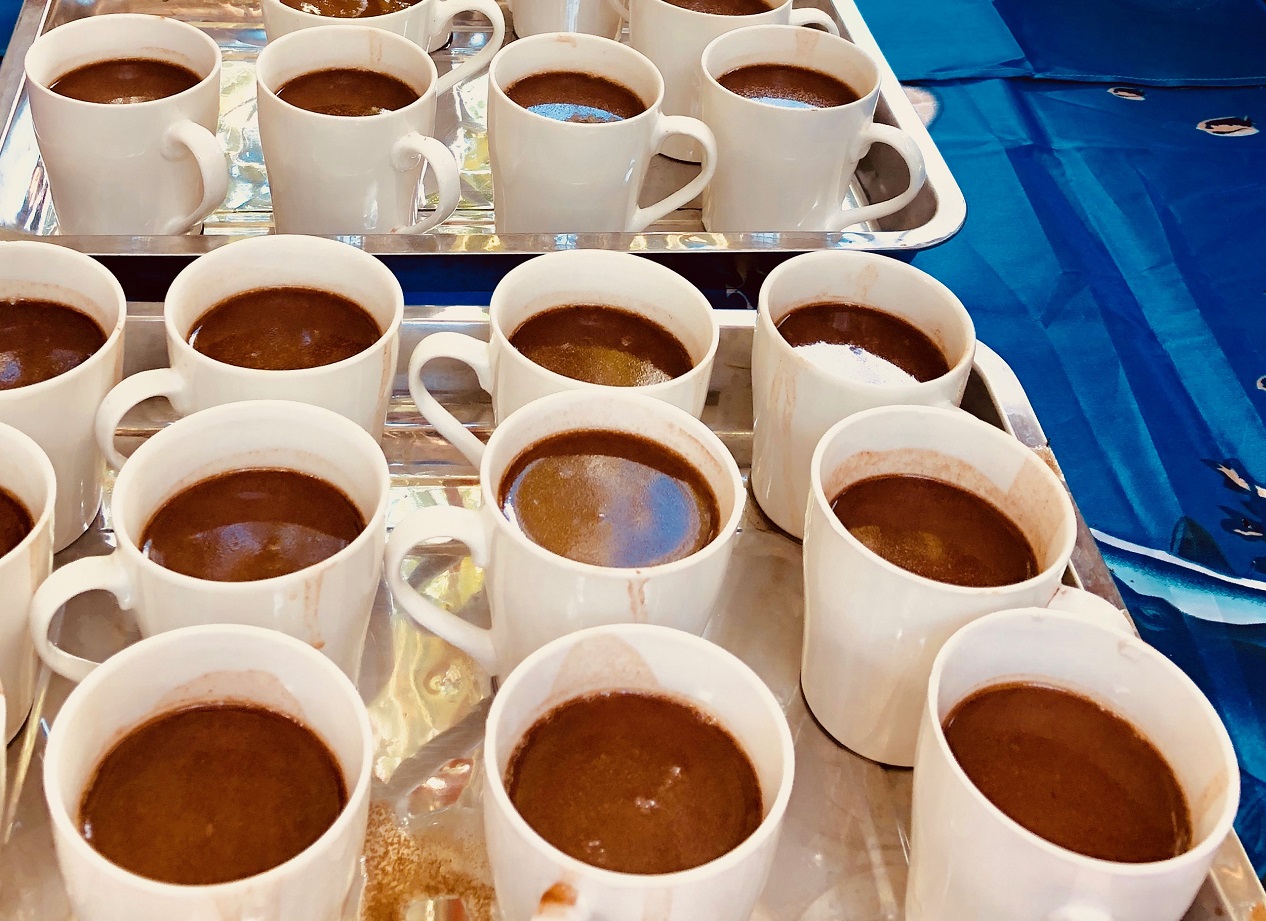