Every Filipino deserves a home they can call their own. This has been the advocacy of the men and women behind the Subdivision and Housing Developers Association, Inc. (SHDA) for 50 years. This mission includes partnering with the government and other sectors towards undertaking programs and policies that foster a sustained housing industry vis-a-vis the economic growth of our country.

Presently, the country has a housing backlog of more than 6.5 million units — and increasing every year — to include low cost housing, units from the private sector and public housing, and future demand. 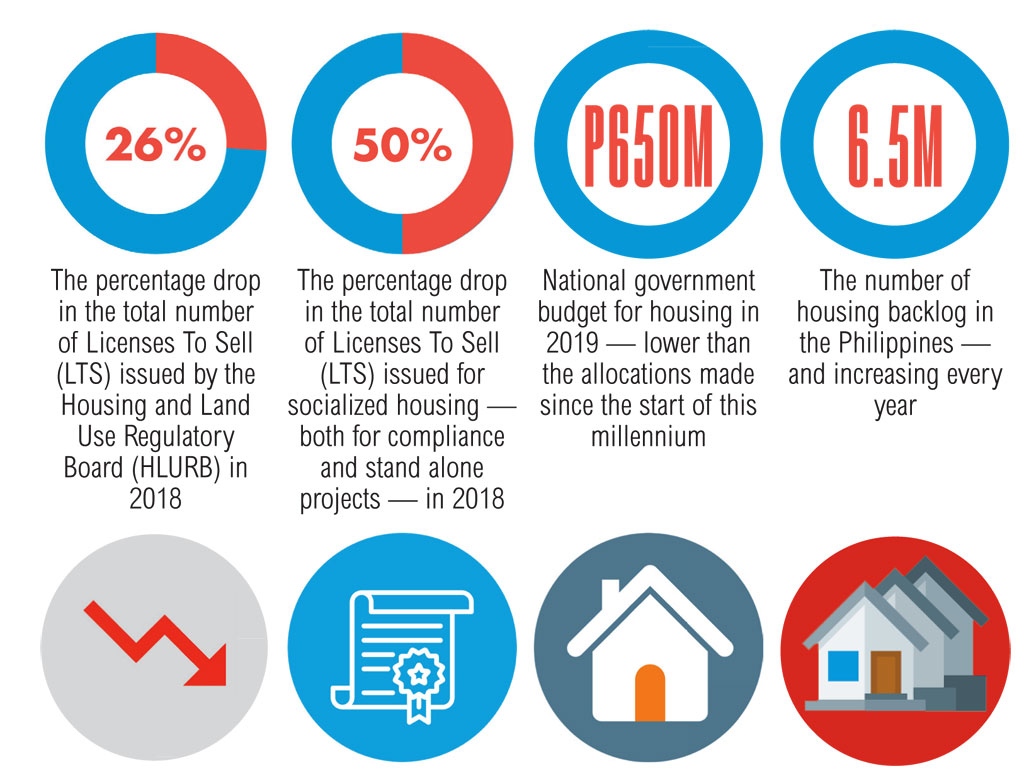 According to SHDA, there are numerous reasons behind the backlog, such as the decline of housing production brought about by changes in regulatory and approving processes; possible removal or lowering of tax incentives for low-cost housing; removal of the VAT exemption by 2021; unviable and unworkable price ceilings; increase in construction materials and labor costs; and the continuous decline in the allocation for housing in the National Budget; emphasis on the Build, Build, Build program; among others.

Members of the SHDA during the 28th SHDA National Developer Convention

Though the housing backlog is at an all-time high at 6.5 million, there is a decline, however, in the production of houses. “Last year, production of houses fell to approximately 204,000 units — a figure we have not seen since 2011. This is almost a 26-percent drop from approximately 274,000 units in 2017. Socialized housing, combined as compliance projects and stand-alone projects plummeted by 50 percent in 2018 from an already measly 36,000 units in 2017,” said Raphael Felix, national president, during the 28th SHDA National Developers Convention held last Sept. 23-24. 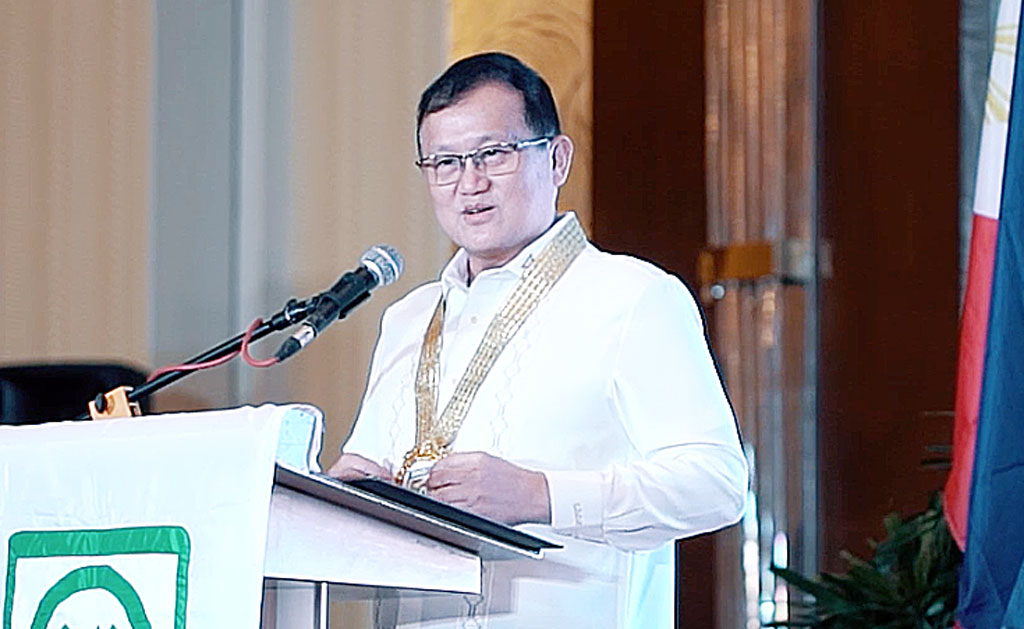 He added that while 2017 was an all-time-high year, there was a 26 percent decline in 2018, which is affecting their goal of achieving the two-million production mark by 2022. Assuming 2019 LTS will equal to that of 2018, developers and the government have to produce 968,000 housing units from 2020 to 2022, or an average of 323,000 housing units annually for the next three years — a figure that has never been achieved, and the regulatory process is not helping in achieving this. 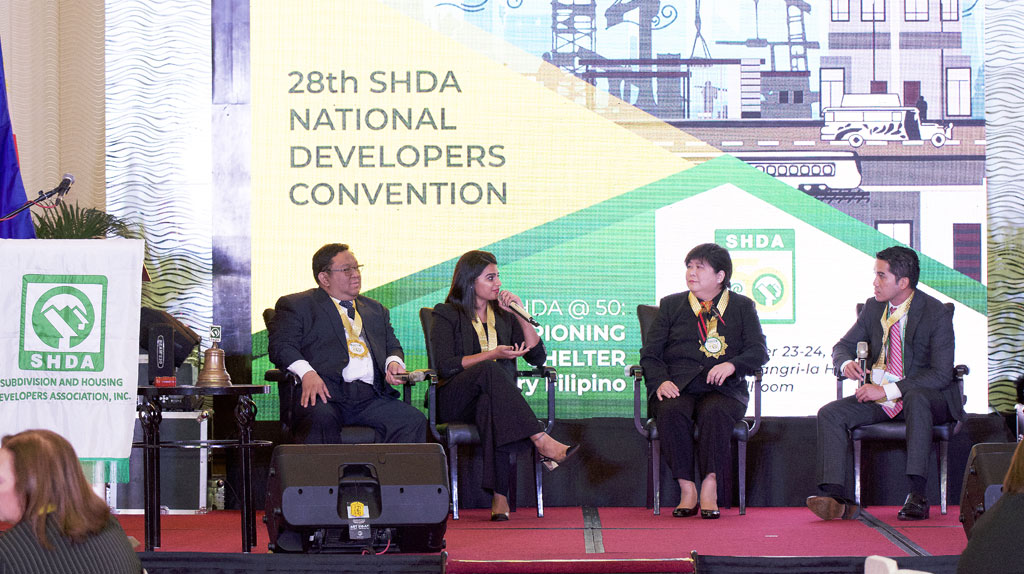 In relation to this, another issue SHDA wanted to bring to light is the incomplete implementation of the Department of Human Settlements and Urban Development (DHSUD). For almost 30 years, SHDA pursued for the creation of an executive department that will champion the causes and the needs of the housing industry. Last year, President Rodrigo Duterte signed into law Republic Act 11201, which saw the creation of DHSUD. The IRR of the law was signed last July 19. 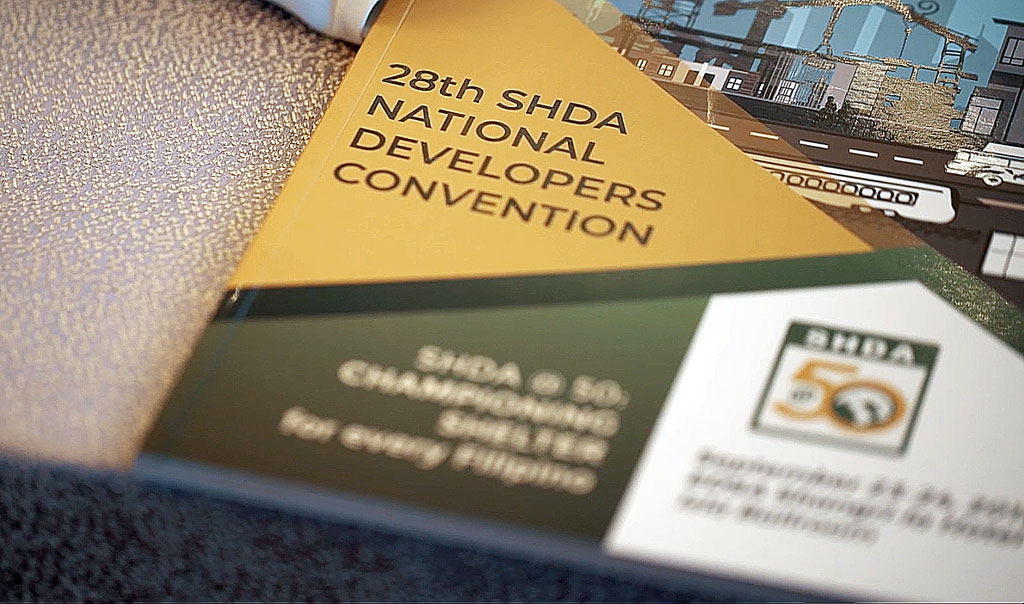 SHDA celebrated its 50th year last Sept. 23-24 with the theme, “Championing Shelter For Every Filipino.”

Under RA 11201, the DHSUD shall act as the primary national government entity responsible for the management of housing, human settlement and urban development. It is the “sole and main planning and policy-making, regulatory program coordination, and performance monitoring entity for all housing, human settlement and urban development concerns, primarily focusing on the access to and the affordability of basic human needs.”

“It turns out there was no budget, so we are far from done,” stated Felix. “While the IRR was signed, we noted that there is no budget allocation… So at best, we are looking at the full implementation in January 2020,” said Felix at the convention.

In the meantime, the transition from Housing and Urban Development Coordinating Council (HUDCC) and Housing and Land Use Regulatory Board (HLURB) into DHSUD has further slowed down socialized housing accreditation with the HLURB. Thus the formation of a Technical Working Group (TWG), a task force between HUDCC, HLURB and other housing organizations to iron out the HLURB memorandum circulars causing the chokepoints in housing productions, which already met prior to the convention.

Some of the issues raised during the meeting were the possible solutions easing up the permitting process and the establishment of a Housing One-Stop Processing Centers (HOPCs) in the regions to centralize the processing and issuance of all required housing-related permits, clearances and licenses — as provided for in the law. 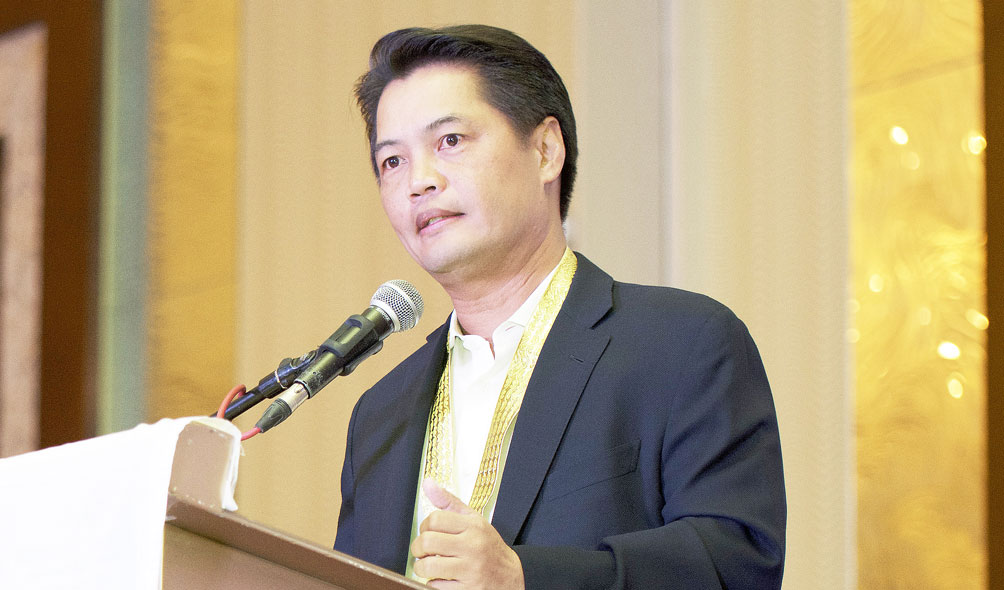 Another matter that SHDA wishes to raise is the government’s emphasis on the BBB program with housing not being included. Though the infrastructure projects of the program are very important, the members of SHDA, also wish to point out that housing and construction are also a major contributor to the economic activity of the country, adding that it is still the government’s responsibility to provide housing for the underpriviledged and homeless citizens, and that as developers, they are willing to provide the much needed support to the initiative.

“Yes, we need the BBB program but we also want them to realize that the quickest contributor to the Gross Domestic Product (GDP) growth of the country is housing. Housing is immediate,” said SHDA chairman Jeffrey Ng.

“Housing is direct. Let the government build public housing. There’s a direct multiplier effect that facilitates regulation for developers to produce their houses. There’s a direct effect. And all this is based on the 2006 report by the Senate Economic Planning Office,” he added. 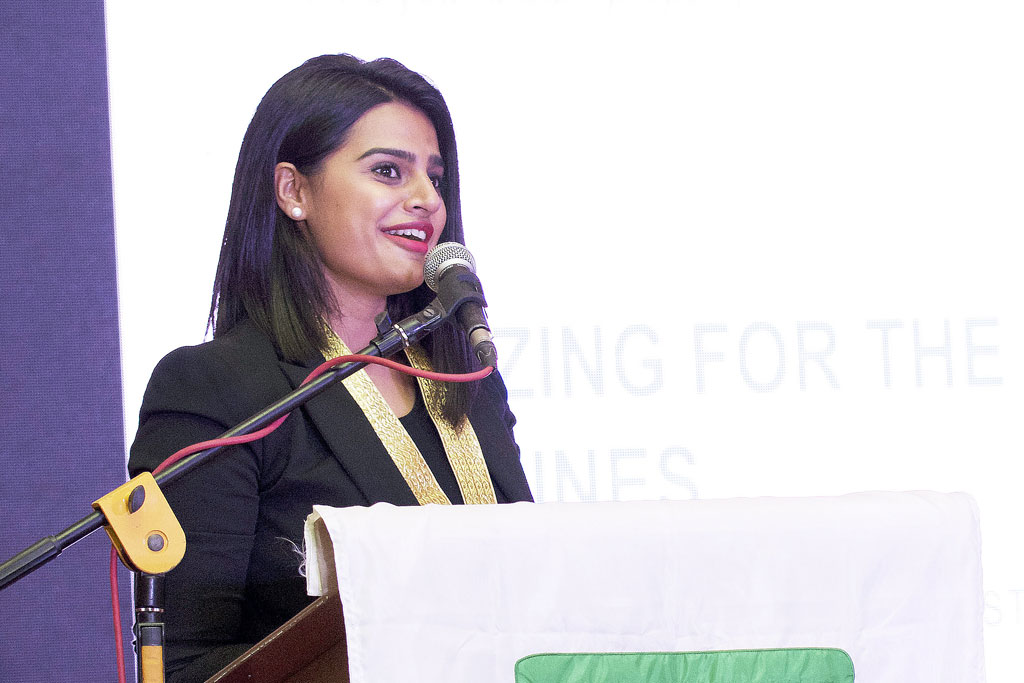 The Senate report showed that in the Medium-Term Philippine Development Plan (MTPDP) 2004-2010, the housing sector has an estimated multiplier effect of 16.6.

Rosie Tsai, first vice president of SHDA added, “Across the major economies in the world, housing starts as one of the major indicators of economic stability and growth. Higher confidence in consumer spending in affordable housing contributes to higher GDP.”

“The effect of housing on families go beyond a roof over their heads. Decent shelter is one of the basic needs for life, with enduring effects on the financial, social, and moral stability among family members. If family stability and security erode, the ill-effects on society and to the government cannot be more emphasized. The multiplier effect of the housing industry extends to other industries and businesses, creating more jobs, thereby increasing household consumption, a major component of GDP,” she further explained.

“And in turn, all these people will become taxpayers. If you house the people from the informal settlement areas, automatically, they become taxpayers. There are so many pluses, but we’re far from that,” added Ng. 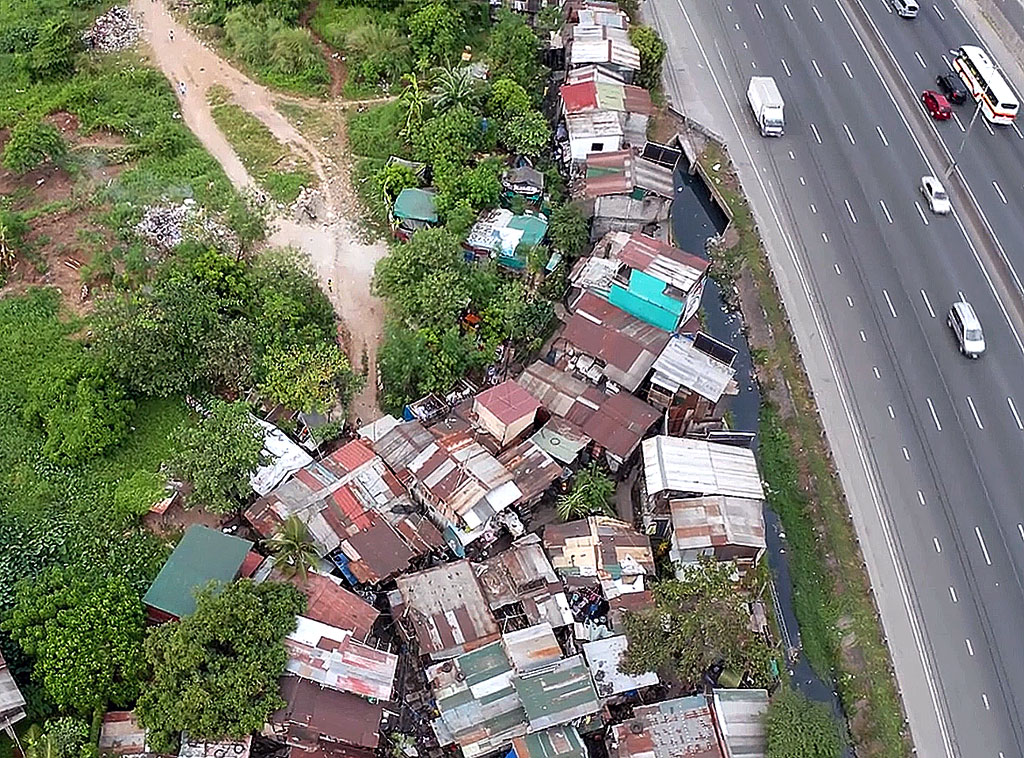 With a housing backlog of 6.5 million — and rising, SHDA wants to ensure that Filipinos have a home they can call their own.

Removal of tax incentives and holidays

“For us to be clear, we support the passage of the different tax reform bills, however, by removing the tax holiday, in addition to another law requiring developers to do socialized housing as compliance to the Balanced Housing program, this tantamounts to double taxation. If this will happen, then the loser of this situation is the home buyer,” exclaimed Felix. “In fact, with the VAT, the prices will go up by eight percent. We had computations previously done on the effect of TRAIN 1 and TRAIN 2, or the Corporate Income Tax and Incentive Rationalization ACT (Citira), will be passed in a form that removes tax incentives for housing, based on the rough estimates, prices will go up by 20 percent. Add the VAT and it becomes 28 percent higher.”

“Let us look at the situation through the lens of supply and demand. If supply is tight, it will cause an increase in demand — which is what we’re experiencing now,” started Felix. “This will escalate prices, resulting in better margins — better margins equal better profit. But, you have developers of SHDA who are fighting tooth and nail for housing production to increase. Doesn’t that dispel the misplaced notion that we are merely profit-takers seeking to make more?”

The fight for housing will continue

These are just some of the issues that SHDA is raising very vocally, especially during their last convention. Thus, they came up with solutions to solve the housing problem:

Permits are a pre-requisite to housing development. Add to this, there are numerous permits required before a residential project can be made available for sale. This permitting process is tedious, time-consuming, and costly. SHDA is committed to actively work with DHSUD through the TWGs to help address concerns such as numerous and repetitive requirements imposed by regional and central offices and the like.

SHDA recognizes that the average household budget per month for housing is only P2,184 but the average construction materials wholesale price index (CMWPI) is on the rise. This also contributes to the low number of socialized housing of units and an overall slow growth for residential construction. SHDA will therefore work closely with its government partners in coming up with policies that can address housing affordabiltiy.

SHDA members will also actively participate for the retention of incentives in the Citira Bill in both houses of congress to ensure that it will not negatively impact home buyers in the form of price increase.

SHDA recognizes that there is a shortage in skilled manpower that will support and sustain the construction of residentail developments due to higher pay offered by other countries. SHDA also proposes that housing be part of the BBB program to address the problem of shortage in manpower and to be properly funded by the national budget.

“At SHDA, our advocacies are meant to make the processes of providing homes easier for us developers, ultimately benefiting the 6.5 million home seekers — and growing by a yearly average of 400,000 new home buyers,” added Felix. “Make no mistake, SHDA developers are on a mission, the mission of providing homes for every Filipino. SHDA is the association to champion that cause.”

“SHDA at 50 has been through so many ups and downs in the life cycle of the Philippines housing industry. While we believe a lot of progress has been made in the housing industry, the mission of providing homes for every Filipino is far from done,” said Ng.

“Housing is not just a major contributor to any economy, it is a key responsibility of, and a measure of, any government’s service level to its people, and SHDA stands ready to work with government, hopeful that the right priority and attention will be given, in overcoming the bureaucratic and technical obstacles in the way of our giving every Filipino the home they and their family needs and deserves,” he capped.

What makes a house a home?

Safety tips for the holidays

Seven reasons to build the life you want in Quezon City

The next big thing in the culinary world