The sun is out, the skies are clear. It is a warm and relaxing Saturday morning and prior to the COVID-19 pandemic, Filipinos would usually spend weekend mornings in the market to replenish supplies in one’s home.

Fortunately for the residents of Larossa by Primehomes Capitol Hills, an urban botanical garden community in Capitol Hills, Quezon City, they got just that after six months of varied community quarantines.

Primehomes, a Pasig-based real estate developer, organized a weekend market, providing a much-needed respite for members of the Larossa community, the three- towered phase 1 residential development within an enclave of lush greenery and open spaces. Safety and health protocols were in place during the weekend market, which was held last Sept. 19.

It was indeed a well-deserved break for the residents of this gated community — whether they were there as buyers or sellers. Months of lockdown and staying at home after all hasn’t been easy for everyone.

But the market was especially useful for sellers because they have no means to sell their goods and produce, especially with the lockdowns in early March and the varied quarantine measures imposed by the government for six months now.

Many of the sellers have turned to online selling to make extra cash during this time of COVID-19.

One such seller is 42-year old Jesica Espejo, who is actually in the construction business. With the slowdown in construction, Jesica had to find other means to make a living.

She decided to sell fresh eggs, initially to friends and then through online retail. Since the quarantine, she has been able to sell at least 500 trays per week.

The eggs are fresh, white and organic, sourced from a farm in Batangas.

This is why she was pleased to learn about the weekend market organized by Primehomes in their community, where she is a happy resident because of the project’s proximity to her children’s school and other essential places such as groceries and hospitals.

“When we learned about it, we really wanted to join because it would help us financially,” she said, noting that the Primehomes has generously allowed them to sell with no charge in putting up a stall.

She said that the pandemic had given her many realizations and learning points, including finding other creative means to earn a living.

At the weekend market, her store is named B and A Fresh Eggs Supply and she is busily but happily attending to customers.

She hopes Primehomes would continue to hold the initiative and hold the weekend market on a regular basis.

Not far from her stall is TakobyMoch, a food booth operated by Danica Albino, 34-years old.

Danica sells authentic Japanese takoyaki or “octopus balls.” These are ball-shaped Japanese snacks or appetizers made of a wheat flour-based batter and cooked in a special molded pan.

It is usually dabbed with tempura scraps, pickled ginger, and onions.

Initially, Danica was just craving for these takoyaki balls but couldn’t find any because of the lockdown. Thus, she decided to make her own. She spent time researching on the internet how to make this snack and eventually decided to put up her own online business.

But with the weekend market, she is pleased that she would finally have a physical store where customers can really come and go to see how the balls are freshly cooked.

Like Jesica, Danica said the Primehomes’ initiative is really a very welcome move, especially for online sellers like her who are trying to earn some extra cash.

She hopes that the weekend market would be a regular activity in their community.

Farmiza, run by 29-year old Noriza Sadie is another store in the weekend market. It sells a wide array of fresh vegetables and many other healthy food and beverages such as almond milk.

Noriza is an engineer who teaches at the University of the Philippines College of Engineering. She also runs a construction company with her husband, but the business has been slow now. This is the reason she decided to sell vegetables.

She sells mostly online, which is why she is happy to participate in Primehomes weekend market and hopes that the market would continue as it would complement her online sales.

He also sells candies and confectioneries and rubber shoes, mostly online to friends and other regular customers.

But the weekend market is a good initiative, he said, considering that it is just in their community and has also given the residents a chance to buy things they need in their homes.

“I hope it continues and I hope they (organizers) do it not just on Saturdays but also on Sundays to give those who work on Saturdays a chance to visit the market as well,” he says.

Weekend markets will always be a part of the Filipino life. For residents of Primehomes, they’re lucky to have just that right inside their community. 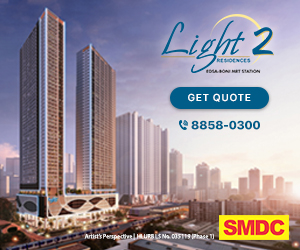 Our life on loan: The values of book, appraised & personal

Must we always attach value to everything? Rightly or wrongly, we measure just about anything — from vital statistics to school grades...
Read more

There’s something oddly alluring about the metro’s awe-inspiring skyline and glittering night lights, especially if you’re getting an uninterrupted view from sky...
Read more

Sense of community matters, especially during the pandemic

Since the beginning, condominiums have catered to the fast-paced lifestyles of urban dwellers. Once you step out the door, you hustle. Once...
Read more
Property Report PH © 2020 Powered by The Philippine STAR