This prime location has come to serve the city well. It is home to numerous factories and warehouses. Ortigas has developed in a central business district. The real estate boom in the ‘90s saw the rise of numerous condominiums  for both residential and commercial use. And with the advent of outsourced business processing, Pasig has become a favored address for many call centers.

But progress was lopsided. Beyond the gleaming buildings was a growing number of population living in poverty.

“When you go to the east side of Pasig, across the Marikina River, near the Pasig River, that’s where you’ll see that a lot of Pasigueños are still in poverty . . . They haven’t received or they haven’t felt the progress of the city,” said Mayor Victor Sotto in an ANC Headstart interview. 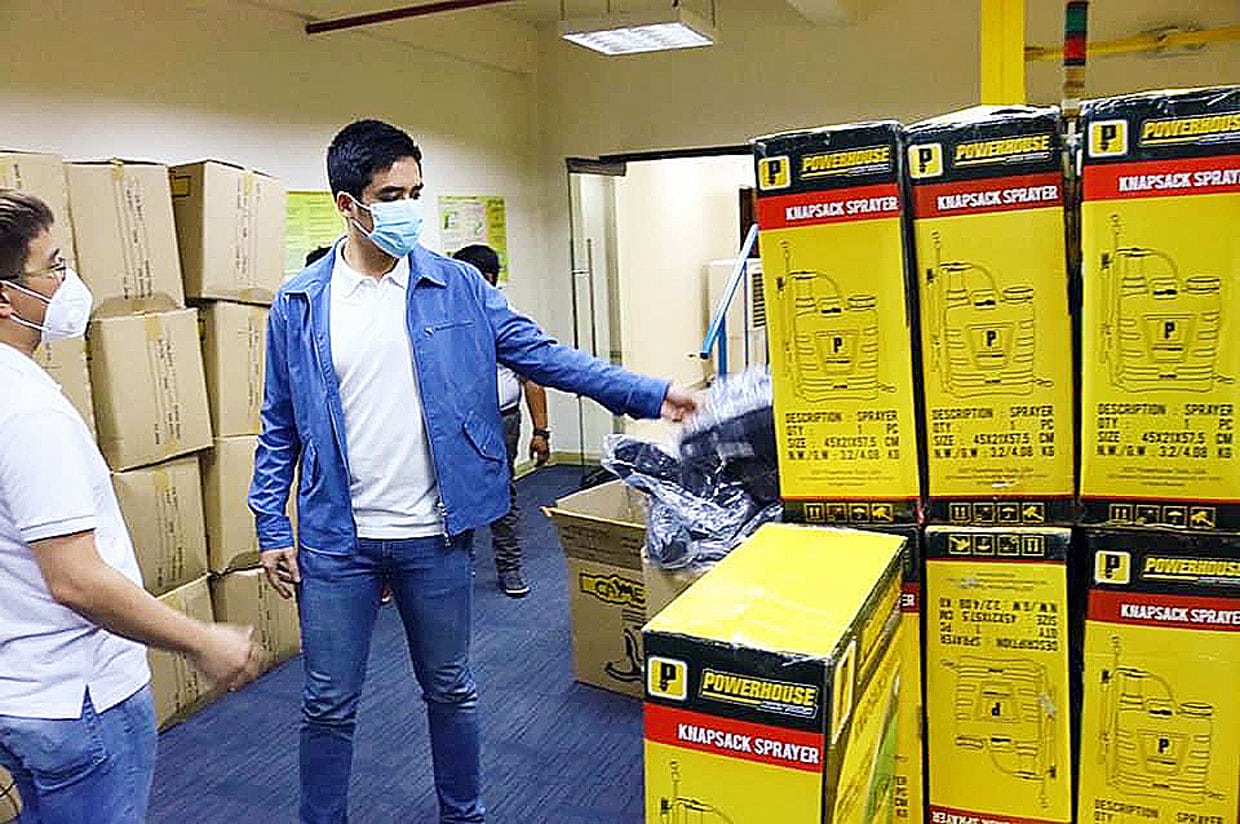 In the midst of a pandemic, the city’s quick response included frequent disinfecting of the streets and other public spaces.

This inequality led to one of the biggest political upsets in local government. A 29-year-old councilor went against one of the most powerful political dynasties in the country and won.

The son of actors Vic Sotto and Coney Reyes, Vico (as he prefers to be called) shunned his celebrity roots in his campaign and banked, instead, on his credentials. He graduated from the Ateneo De Manila with a post-graduate degree at the Ateneo School of Government. He served as a member of Pasig’s city council for one term before running for mayor. While his last name was undeniably a factor, he came prepared to lead with a clear plan of action. The priority? Healthcare, education, housing, engaged governance and anti-corruption.

His methods bore fruit. Within the first five months, he proudly announced through his Facebook page that Pasig City has saved P150 million.

“First, I have instructed that across the board, all Approved Budget of Contracts (ABC) be reduced by a MINIMUM of 10 percent. (Puwedeng gawin dahil hindi naman ako tumatanggap ng kickback.) Second, the bidding process is now TRULY OPEN, rigidly following the correct procedures (naka-FB live pa). As a result, competition is high and prices go down. Previously, almost all winning bids were within one percent the ABC (red flag ito ayon sa ibang auditor). Now, it is common to see winning bids that are 10-50 percent lower,” he wrote. 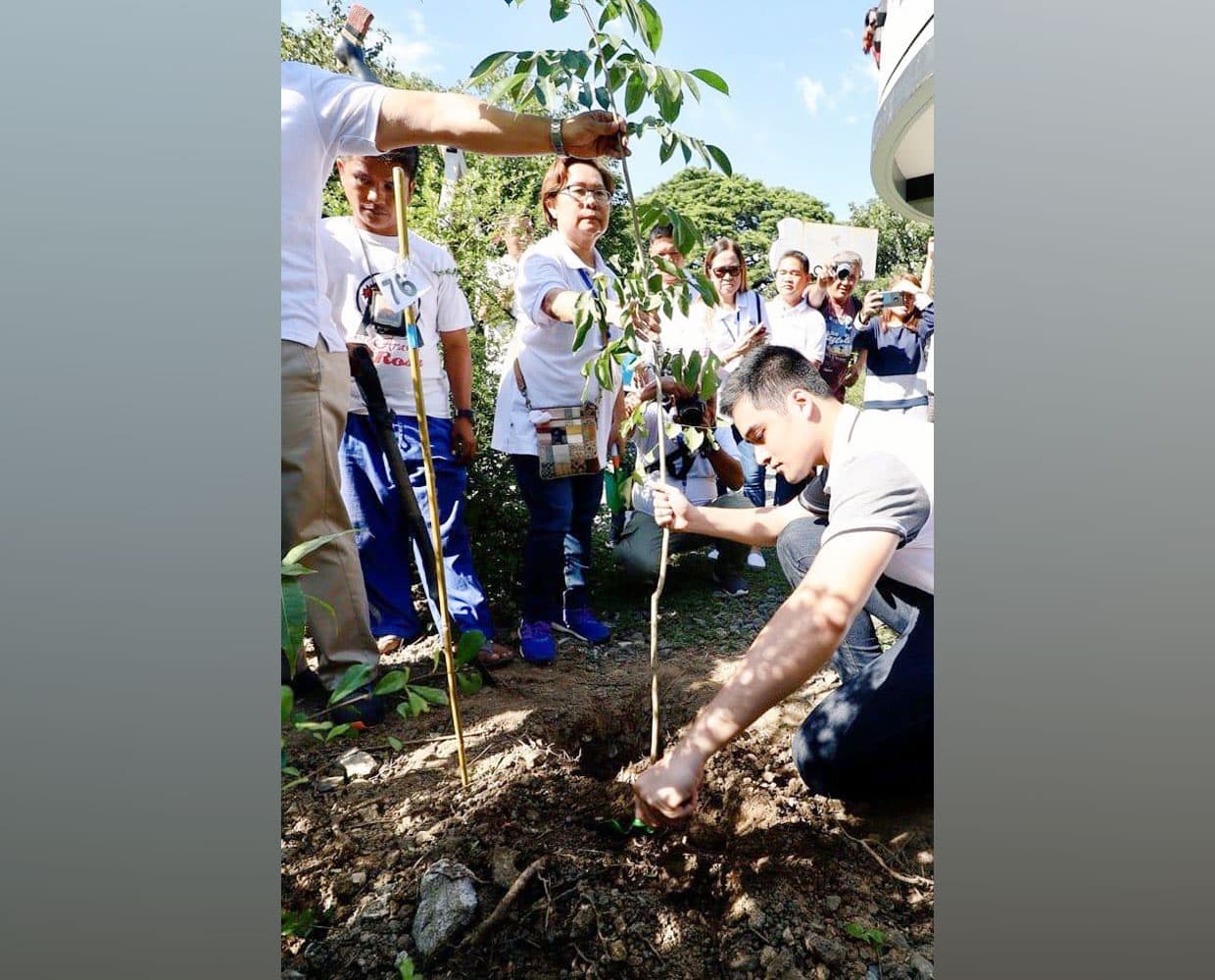 The next challenge is to ensure that the transparency continues while turning his attention to more progressive programs. Indeed, Pasig is in the best position to emulate the most admired cities of the world, should its local government have the foresight to plan and execute that holy grail of urban planning: a walkable city.

“All commutes start and end with walking,” said landscape architect and urban designer Paulo Alcazaren in an interview with ABS-CBN News. “And we have not addressed those two ends, which could save from 15 to up to 45 minutes in anyone’s commute.”

His firm, PGAA Creative Design, is behind the elevated plaza that connects the various walkways around Ortigas. The project is part of Pasig City’s redevelopment plan that was put together before Vico assumed office.

There is, however, a larger plan at work. The Asian Development Bank wants to fund a project that would construct elevated walkways along EDSA’s busiest intersections: Balintawak, Cubao, Guadalupe, Taft and Ortigas.

“It’s actually not a luxury to have this (pathways). It’s very basic. What we have in Metro Manila is a deficiency of basic infrastructure for pedestrians,” he added.

Connectivity and walkability are staples in the world’s most livable cities and Vico has clearly been working towards achieving that. Among others, he has joined the Metro Manila Development Authority (MMDA) and other mayors in the relaunch of the Pasig River Ferry — historically an important transport route in moving people and goods since the Spanish era.

He has been aggressively clearing the sidewalks to increase walkability and clamping down on illegal parking to help relieve congestion especially along major thoroughfares. He has been closely coordinating with his fellow local government officials for a more unified approach towards traffic management.

With the new developments by real property giants Ayala Land, Megaworld and Robinsons Land along C5, congestion is a worsening problem that the local government needs to address. Given the capacity of the roads, solutions need to be creative.

Environmental issues have also been at the forefront of his campaign. Not only has he shut down factories for lacking requirements to obtain permits, he has also moved to suspend and file cases against city hall officials who grant permits to companies despite having incomplete requirements.

The list goes on and everything is happening all at the same time. There’s a program for senior citizens, a polio vaccination drive, and an anti-red tape campaign to increase the ease of doing business in the city and attract more investors. He has increased the engagement of local stakeholders in aiding the community, an example of which is Marco Polo Hotel’s donation of towels and blankets for the Bahay Aruga and Bahay Pag-asa.

Today, in the midst of a worsening pandemic, he is visibly coordinating with various sectors to ensure that his poorest constituents are not forgotten. His quick response from the beginning of the crisis — citywide disinfection, support for local hospitals, and calm but honest responses to his constituents’ queries — has helped stem the rising fear in his city.

Less than a year on the job, Vico Sotto is certifiably battle-tested. And if he is able to sustain the pace, Pasig City will emerge as truly upwardly mobile.

How Tourism And Hospitality Have Been Impacted By Covid-19

Our Cities: During And Beyond Covid-19
Scroll to top