Jeffrey T. Ng has one unwavering passion in life: to see every Filipino own his own home. And for this committed economist and real estate bigwig, it is not just a dream but a personal mission he’s determined to pursue in his lifetime.

Even before the Ng family’s entry into the real estate business with Cathay Land Inc. back in 1994, Jeffrey Ng was already aware of the lack of housing in the country, what with a fast-growing population. This rude awakening can probably be traced back to his UP Diliman days, when he was a “Iskolar ng Bayan,” sitting in the classroom with the best of the best students from the best public schools all over the Philippines.

“We were all politically conscious, our eyes were open to the problems of the country,” says Ng who continues to serve as president of the University of the Philippines School of Economics Alumni Association. 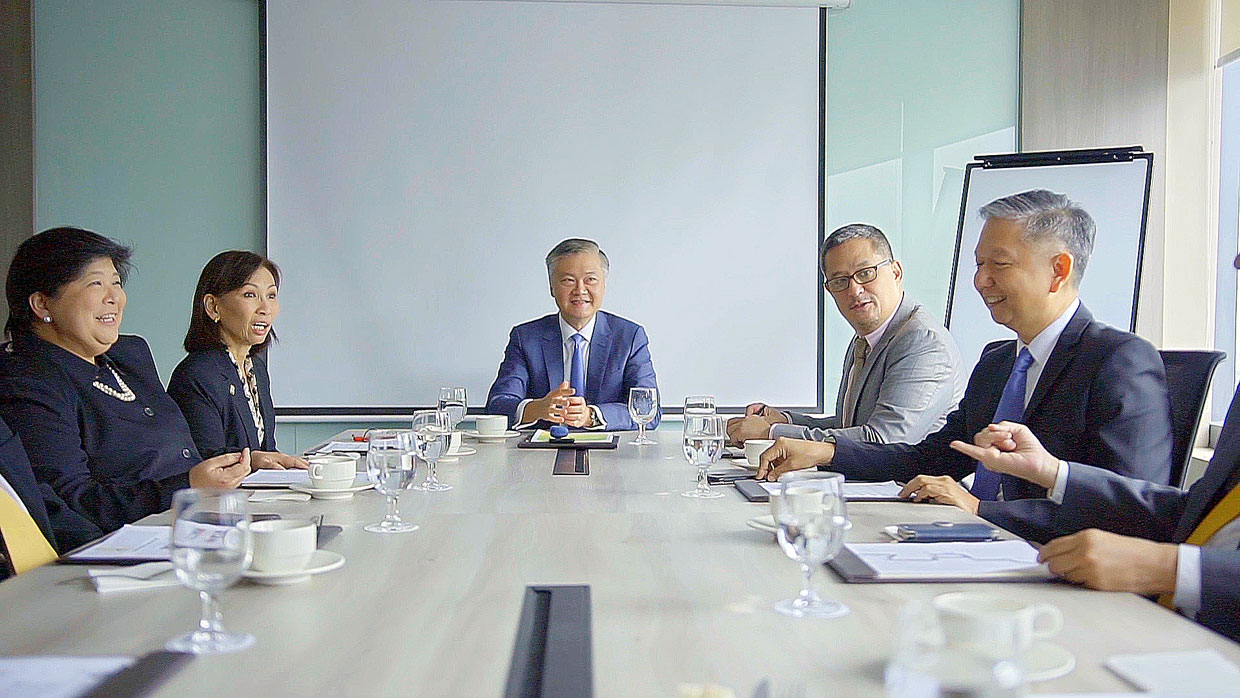 To address the housing needs of Filipinos, developers were investing in tracts of land, but it’s not as simple as just buying a parcel of land, declaring it as something for housing use, and selling it to an aspiring homeowner. There were the stringent laws, the bureaucratic processes, the skyrocketing cost of land and materials to contend with. For instance, the conversion of land alone from agricultural to residential or mixed-use would take a minimum of two years to process.

With that in mind and to have a louder, more united voice, Jeffrey Ng joined the Subdivision and Housing Developers Association (SHDA) and rallied fellow developers into advocating a more conducive business environment for industry players and ultimately, enabling more Filipinos to have their own home. 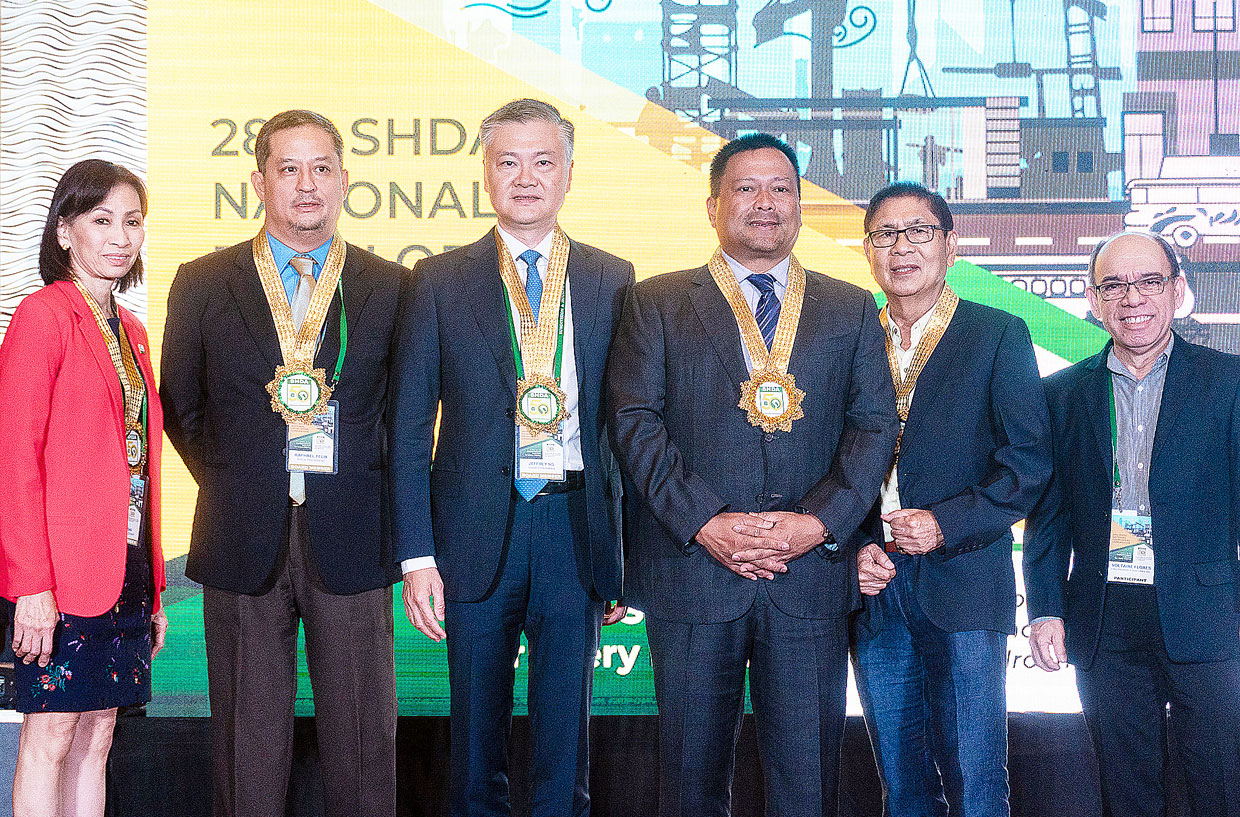 As the biggest national housing organization (138 members from Metro Manila, 179 from eight regions, and 32 affiliate members), SHDA has but one collective mandate: to address the country’s housing backlog, now estimated at 6.7 million and projected to grow to 12.3 million houses by 2030. Apparently, something needs to be done — right now!

However, the economist in Ng sees something bigger, more threatening to the 6.7M figure. With an average of four members per Filipino household, that translates to a grand total of nearly 26.8 million. That means that roughly one-fourth of our 100-million population do not have their own home. One out of four is renting, living with parents, co-habiting in a dorm or apartment or, worse, squatting somewhere in the crowded metropolis.

But there’s light at the end of the tunnel. Realizing the enormity of the festering backlog, Ng took a more active role in SHDA, becoming first vice president in 2017, then president the following year, and finally, chairman of the board in 2019.

“It was my mentor Willy Uy of PHINMA who invited me to become a director of SHDA 10 years ago,” Ng relates. “It was really painful for me when he passed away two months ago. It gives me a greater purpose, a greater incentive to continue his work, his advocacy trying to build a home for every Filipino.” 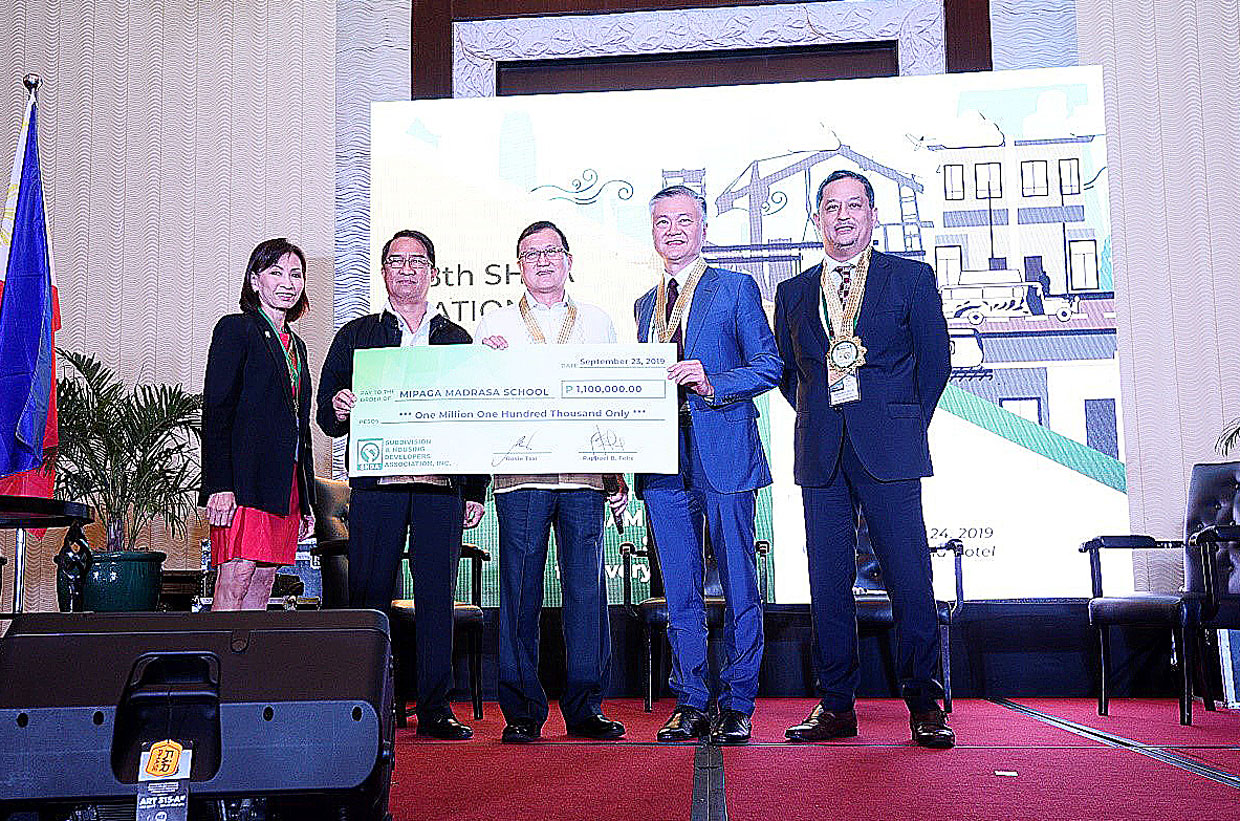 For Marawi: Housing and Urban Development Coordinating Council (HUDCC) Secretary Eduardo Del Rosario (center) witnesses the awarding of SHDA’s donation to the Madrasa School in Marawi for the rebuilding of classrooms in the war-torn city. With him and Ng are SHDA’s Rosie Tsai, HUDCC Assistant Secretary Felix Castro Jr. and SHDA president Raphael Felix.

Pressured to address the growing population’s need for affordable housing, SHDA transformed itself into a leaner organization and got down to work. It intensified its campaign to combat antiquated laws and processes. SHDA’s unsparing efforts were finally rewarded when in February of this year, President Rodrigo Duterte signed into law the creation of the Department of Human Settlements and Urban Development (DHSUD), a one-stop national government entity tasked with the management of housing, human settlement, and urban development.

At Long Last, A Housing Department

“Finally, after 30 years, we have a Housing Department, with one Cabinet Secretary accountable for the entire housing industry,” gushes a beaming Ng, “unlike before, when we had a housing chairman who was just the coordinator of the various housing agencies. Hopefully, it will be well funded by the Budget Department starting next year and the housing industry should be much better in providing housing because we have a very serious backlog, which is increasing every year.”

Administrative Order No. 1 creating the Department of Housing will speed up land conversion of non-irrigable or irrigated agricultural lands to make housing affordable to low-income Filipino families. With the faster processing of land conversion (no need for so many permits and to wait for years because there’s just one agency to deal with), Ng hopes that more developers will be enticed to develop projects for the low- and middle-income sectors.

Decreasing or totally eliminating this backlog in 10 or so years will require the active participation not only of the private sector but also of the government and other business organizations to make the industry grow faster.

“Although we have done a lot, a lot more needs to be done,” muses Ng as he prepares to pass on the baton as SHDA chair to his successor by the end of this year. “That the conversion process is now facilitated, that would be one of the accomplishments I can be proud of as (outgoing) chair of SHDA. This would free up non-irrigable agri lands and help developers all over the country in building more homes for the Filipino people.”

As an economist true to his calling, Ng believes in giving every Filipino a home of his own. “It will give them a stake in the future of the country, make them more responsible,” he asserts. “There’s a sense of ownership, civic pride, and the will to really work harder and be more disciplined because if they can’t pay for the amortization, they will be kicked out of the house.”

As he leaves SHDA, he vows to continue the work he started. “It’s an advocacy worth living for, worth fighting for,” he resolutely declares. “In life, just as in business, it should be more than profits alone. It’s about leaving a legacy, making an impact on our communities. We want to help create a country where every Filipino deserves his own home.”

And where every Filipino can dream and make their dreams come true.

Eton City: The gateway to the south