Plenty of space, eco-friendly, and relatively safer than some of the bigger urban centers: these are just some of the reasons which have prompted many city-dwellers to make the shift from cramped quarters in the metro to homes they can call their own in the neighboring provinces of Laguna and Cavite. For nearly three decades, real estate developers have been building in these parts of Southern Luzon and developments have ranged from large-scale industrial parks to residential subdivisions.

Improved — and still improving — infrastructure has contributed greatly to this construction boom. New roads like the Cavite Expressway (Cavitex) and the Muntinlupa-Cavite Expressway (MCX) have made commuting to one’s job in the Greater Manila Area easier, while the creation of IT business parks and southern business districts has helped generate employment opportunities for locals and improved the local economy.

Over the past two decades, real estate development in these two provinces has also evolved. As stated previously, business hubs geared towards the IT and BPO sectors have risen and are now beginning to equal — if not outrightly surpass — facilities dedicated to heavy industry and warehousing in terms of their contribution to the provincial and national economies. 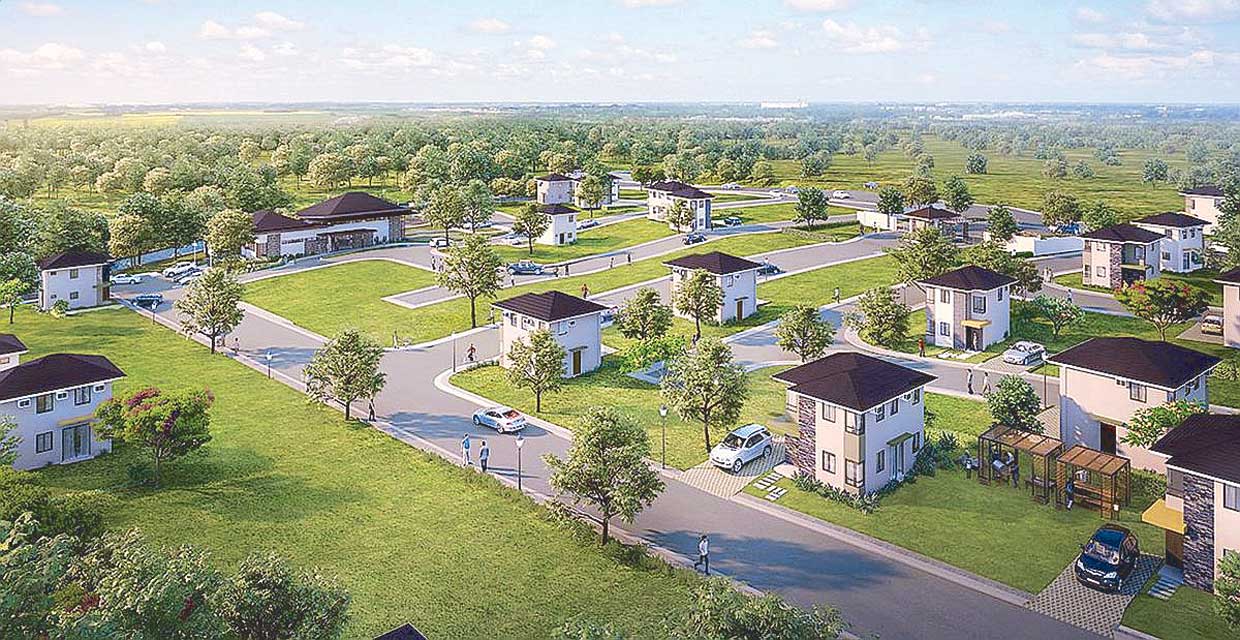 Consequently, the residential real estate scene has also changed, evolving from clustered communities targeting the middle class into luxurious estates for those who can afford and appreciate a higher standard of living.

Laguna: Aligned with industry and affluence

Industrial real estate continues to loom large in the economic — and physical — landscape of Laguna. Home to four of the region’s largest industrial parks, including the 480-hectare Laguna Technopark which sprawls over portions of Santa Rosa and Biñan, the province has long been considered a key eco-industrial growth area. Over the past three decades, it has seen its development from a primarily agricultural economy, to one focused on heavy industry and warehousing, and — more recently — to a key location for the BPO industry. As a result, this has led to an uptick in the number of residential developments in the province and, subsequently, a rise in the creation of commercial centers such as Greenfield’s Paseo Outlets and Ayala Land’s Nuvali in Santa Rosa and Megaworld’s Southwoods Mall in Biñan.

Biñan, in particular, is now considered Laguna’s real estate boomtown as there are a number of developments currently under construction at this point in time or are already poised to be turned over to homeowners. Most of these developments are still priced accordingly for relatively young middle-class buyers: a broad market that includes newlyweds, growing families, and those making their way up the corporate ladder. 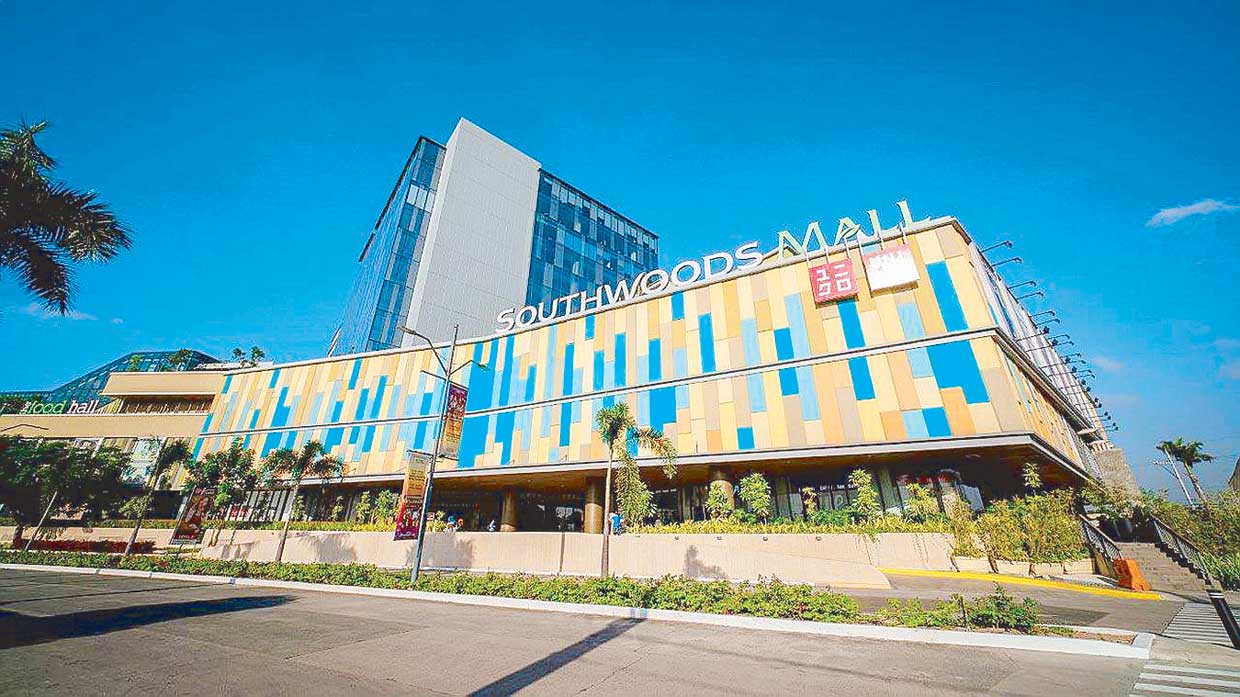 One particular residential project that stands out from the competition in this part of the country is Sevina Park, Arthaland’s first-ever horizontal development outside the Greater Manila Area. Expected to be the first residential development in the country to be LEED-certified (under LEED for Homes and LEED-ND), the 8.1-hectare mixed-use development prides itself on offering a number of amenities that were developed with sustainable living in mind.

The development’s master plan states that 60 percent of the property will be given over to green spaces, creating a healthy environment where residents can walk or bike through, as well as a site that fosters biodiversity through the growth and cultivation of endemic plant species. Provisions have also been made for waste segregation, composting, and even rainwater collection — a great way to encourage residents to live sustainably. It will also feature a retail hub where residents can shop, dine, and enjoy themselves.

Luxe living has also become a hallmark of Laguna’s real estate sector, more so now with the arrival of Rockwell Land’s first horizontal community Rockwell South at Carmelray. Occupying a total land area of 60 hectares, this premium residential development offers residents a home in the heart of nature. This can be seen in tree-shaded walkways, parks, hiking trails, and natural waterways scattered throughout the property. Resort-style outdoor living is also a key feature here, as its amenities include more than a standard pool and outdoor entertaining areas, and also offer a tree house, fitness nooks, and even yoga areas for a total fitness experience. 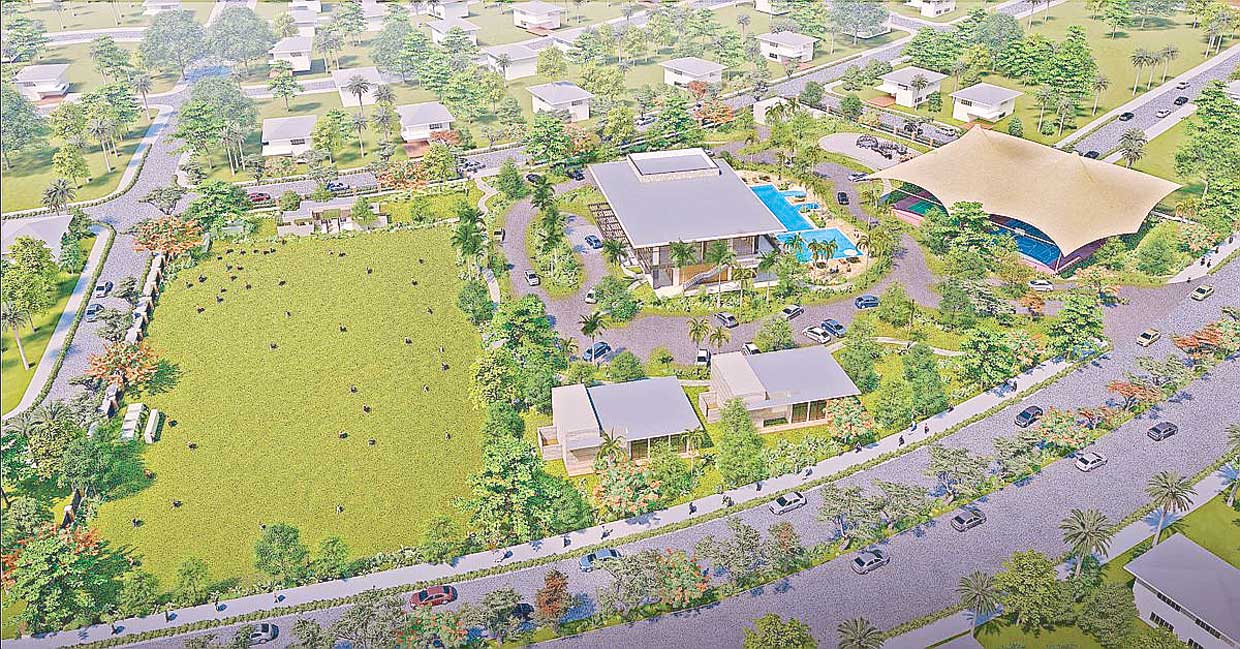 In addition, Cathay Land’s South Forbes development has evolved and become a prime destination for golf lovers and those seeking a quick escape from the stresses of the big city. Likewise, Greenfield Development Corporation offers a healthful, eco-friendly living experience through Trava, its 33-hectare development near Santa Rosa.

Keeping all these in mind, Laguna has certainly come a long way from its agricultural beginnings and has become the residence of choice for those seeking a restful, healthful home not so far away from the bustle of the city.

Over the past year, Cavite has emerged as a province to watch in terms of economic and industrial development. The opening of major thoroughfares like Cavitex and MCX which have enabled locals to commute to and from jobs in neighboring cities has helped, along with the designation of 12 areas within the province as prime economic zones. While industrial initiatives for food processing, semiconductors, and pharmaceuticals have helped boost the economy, tourism is also a surprising draw into the province seeing how it is, in its own right, a historically valuable location and the resort town of Tagaytay is within its borders.

That said, and the recent explosion of Taal Volcano notwithstanding, it seems like every developer wants in on the Cavite success story given how residential developments have been rising throughout the province.

General Trias, in particular, has been experiencing a boom in the number of new subdivisions and villages within its vicinity. As of mid-2019, 26.04 percent of all real estate listings in Cavite are located in or near the city. Federal Land’s three-hectare Florida Sun Residences is one of them, and offers loft-style townhouse units as well as stand-alone bungalows to suit the needs of those with young families.

But the building boom has certainly spread beyond, and some major players in the real estate industry have made their presence felt through the creation of master-planned townships that offer everything from corporate workspaces, retail spaces, and residences. Profriends’ Lancaster New City has paved the way in this particular sector, but newer mixed-use villages have been popping up in its wake.

Ayala Land’s Vermosa in Imus is one of them: a 700-hectare development with active lifestyles in mind. While 165 hectares of the property are dedicated to natural sanctuaries and green space, what truly sets this township apart from the competition is its sporting complex which — apart from the usual swimming pools and running/biking paths — also offers a sports science facility, an archery range, and even a track and field oval for those seriously into athletics. Moreover, the Vermosa township also features residences for practically every budget at Ayala Land Premier, Alveo, and Avida all have their place within its perimeter.

But Vermosa isn’t Ayala Land’s only ace in Cavite. Evo City in Kawit, another mixed-use estate, is being touted as the next emergent business district as it aims to draw in the corporate sector with the addition of a hotel and related amenities. Retail establishments are also expected to carry premium and luxury brands to suit the tastes of those in the south.

Vertical communities are also a trend which has gained sway in Cavite. Mid-rise and medium-density condominiums have become quite popular with the area’s singletons and upwardly-mobile professionals. Here, Vista Land’s Crown Asia is setting the pace with the construction of Pine Suites and Valenza, both of which offer modern living options within close proximity of corporate hubs, shopping centers, schools, and utilities such as hospitals and churches. Interestingly, it is a way of giving suburbanites a somewhat urban living experience in a more relaxed environment. Cathay Land is also offering the condo life to residents with its Fullerton Suites project in Silang.

Megaworld is also bringing the luxe life to Cavite by way of Arden Botanical Village in Tanza. Master-planned by architect and urban planning expert Paolo Alcazaren, this eco-savvy 18.15-hectare development will soon give residents a refreshing garden lifestyle partnered with measures for sustainable living.

While many people still think that city life is just the thing for them, many urbanites are switching up and heading south — and the options available to them offer a more relaxing way of life.