When Ayala Land Inc. (ALI) was master-planning Parklinks — its 35-hectare, mixed-use joint-venture estate with Eaton Properties along C-5/E. Rodriguez Jr. Avenue — the possibilities of what to make out of this land were endless. But they were sure of one thing — that people cared not just about location but also about how their communities were built.

Thus, Parklinks was master-planned to be the greenest urban development in Metro Manila with 50 percent of the estate dedicated to parks and open spaces. The design, in fact, allows residents to access a park from any point in Parklinks within five minutes.

It is in this context that Ayala Land Premier (ALP) is building Parklinks North, a residential tower that bears ALP’s signature luxury living spaces, and ALI’s commitment to sustainability.

Ayala Land Premier managing director Mike Jugo, who has helped built some of the country’s most expensive condominiums, says, “The luxury market is looking not just for upscale homes, but also to secure the future of their children, and a large part of that is about sustainability.”

He adds that Parklinks North Tower is compliant with the Philippine Green Building Code and some of its sustainable features are natural ventilation in units and common areas; use of low-emissivity glass to minimize heat and cooling costs; use of energy-efficient lighting fixtures in common areas; water-efficient fixtures; rainwater harvesting for use in landscape irrigation and a materials recovery facility.

Fronting the ALP development is the River Esplanade, a park designed to be an open civic space with riverside dining establishments. At the heart of Parklinks is a three-hectare Central Park with sprawling lawns and retail establishments lined along a large plaza. The Riparian Gardens, which envelope the entire estate, is a park patterned after the natural landscape of the area. The River Park Terraces along the Marikina River features waterfront establishments, a viewing deck, and dedicated lanes for biking and running.” 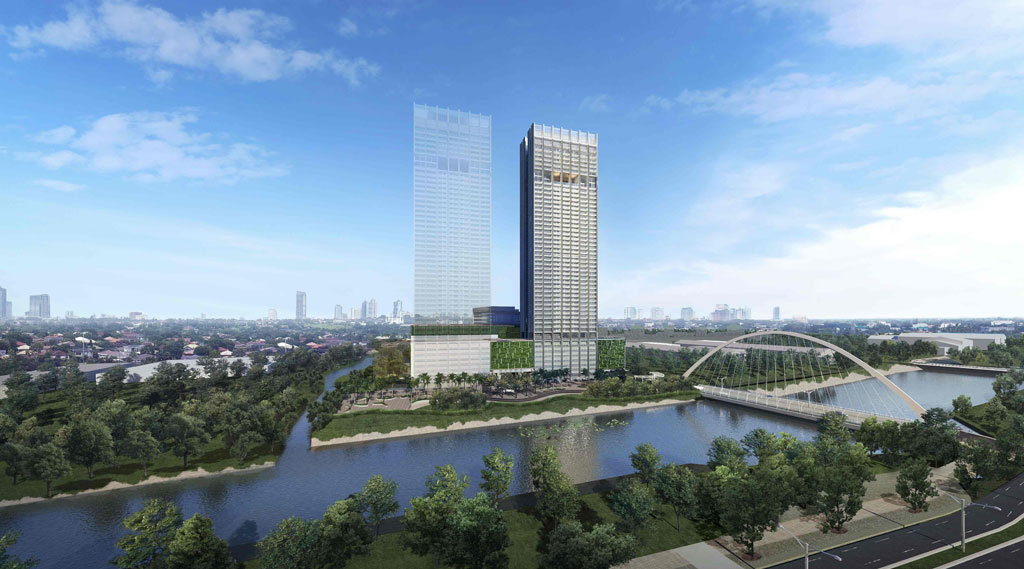 Located in both Quezon City and Pasig City, Parklinks connects both parts of its estate by a 110-meter four-lane bridge — which will have vehicular, bike and pedestrian lanes — that’s set to be completed in 2021. The estate is surrounded by Greenmeadows, Corinthian Gardens and White Plains and near universities such as Ateneo, UP, Miriam College, Poveda College, La Salle Greenhills, Xavier School, and Immaculate Conception Academy.

ALP’s Parklinks North Tower is 55 stories and designed “to nurture a balanced lifestyle.” A visit to its showroom at One Bonifacio High Street Mall in BGC last month revealed generous living spaces — including large balconies — premium finishes, and fantastic views. ALP spared no expense in building the showroom with a wall-to-wall 3D projection system that gives homebuyers an immersive experience of what it will be like to live there.

Parklinks North Tower’s tenth floor is where residents get to enjoy an infinity pool, kiddie pool, outdoor lounge, a bi-level fitness center, a social hall for private events, a sports court, and indoor and outdoor play areas. On the 45th floor is the Horizon Terrace, an exclusive lounge overlooking Parklinks and the Antipolo mountain range accessible only by residents.

Parklinks North Tower will have 280 large-format homes ranging from one- to four-bedroom configurations priced from P22 to P120 million, with sizes ranging from 70 to 306 sqm. 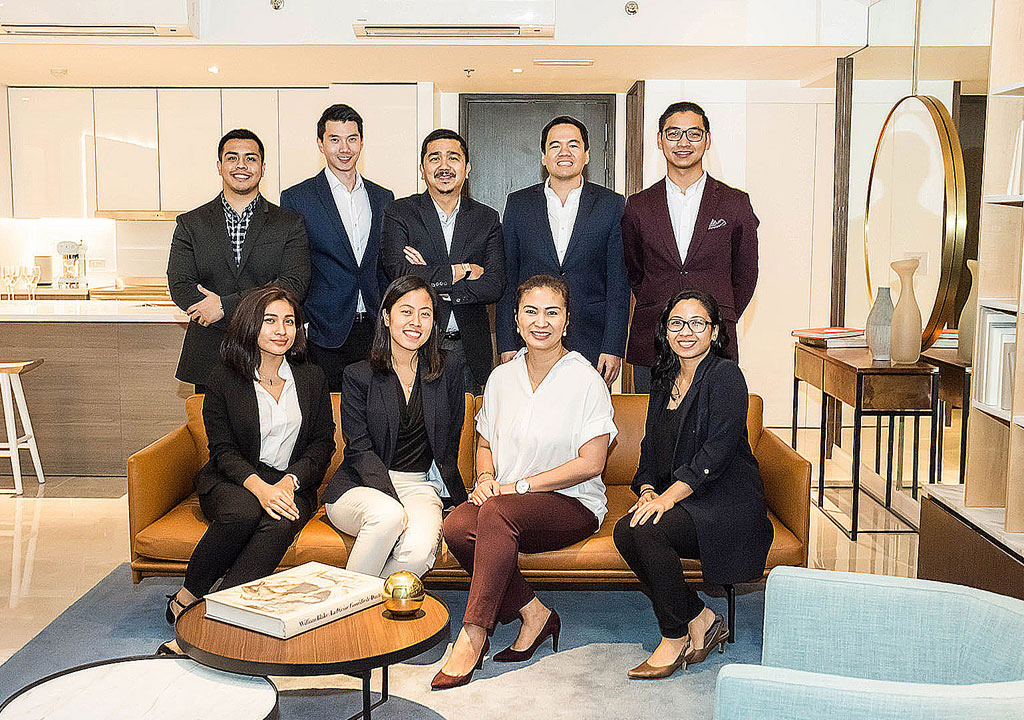 The tower features several configurations of the same number of bedrooms. The three-bedroom units, for example, come in six categories and to me the most exciting is the Horizon Villa, which is a special bi-level unit with a family room, large veranda, two separate ACCU and storage rooms. There are only two units of this type. The Grand Horizon Suite, on the other hand, has three full balconies.

The biggest units, at 306 sqm., are the four-bedroom Sky Villas (there are only nine of them) that feature an expanded living and dining rooms and a dedicated storage space. 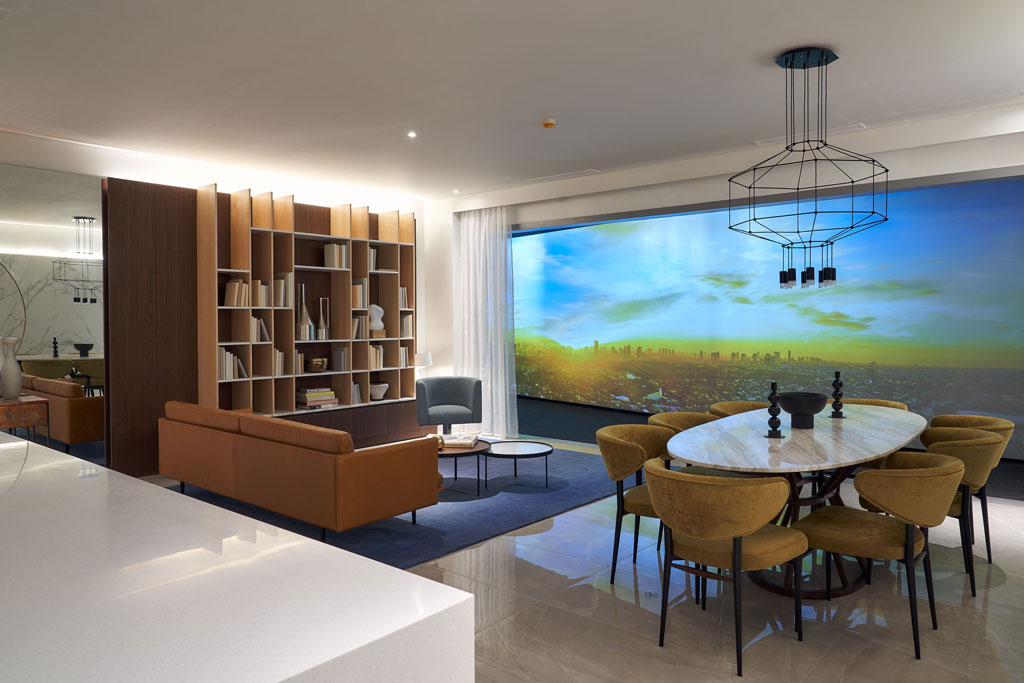 The model unit at Parklinks North Tower in One Bonifacio High Street Mall in BGC features a projection wall that shows actual views from the tower.

Mike adds that there will be only “four to eight units per floor.” Spacious interiors as well as expansive windows and balconies ensure each residence is filled with an abundance of natural light. “With no other high-rise structures surrounding the tower, residences will be enveloped by commanding views of the estate and the Antipolo mountain range in the east, views of tree-lined villages and the Ortigas skyline in the west.”

“Parklinks North Tower was launched with a total value of about P12.7 billion. To date, it has sold close to 70 percent of its available inventory. From a starting average price of about P280,000/sqm., units are now valued at more than P320,000/sqm., marking a 15 percent increase in value. 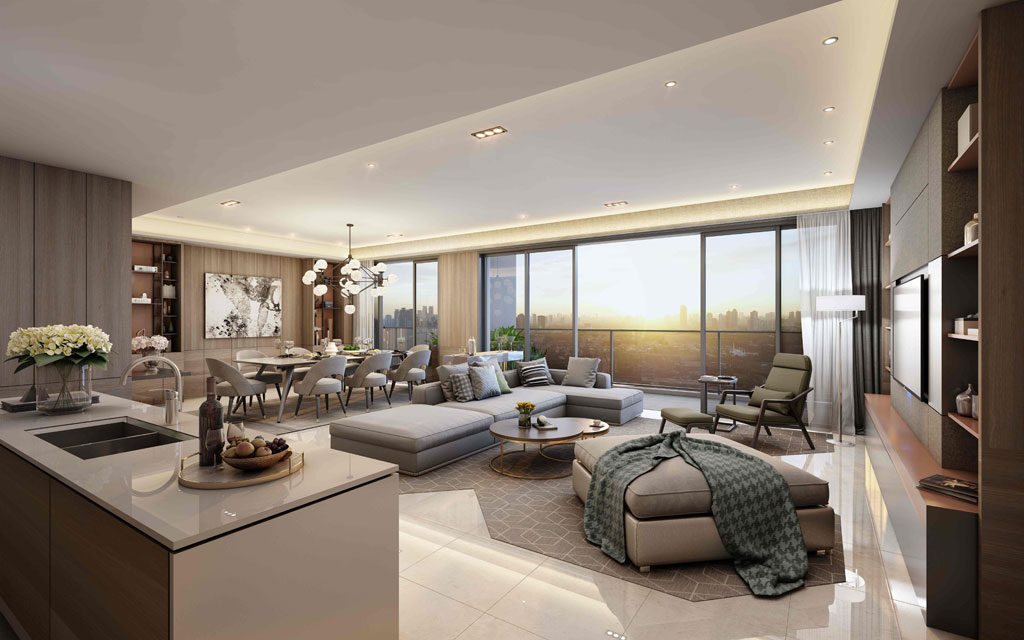 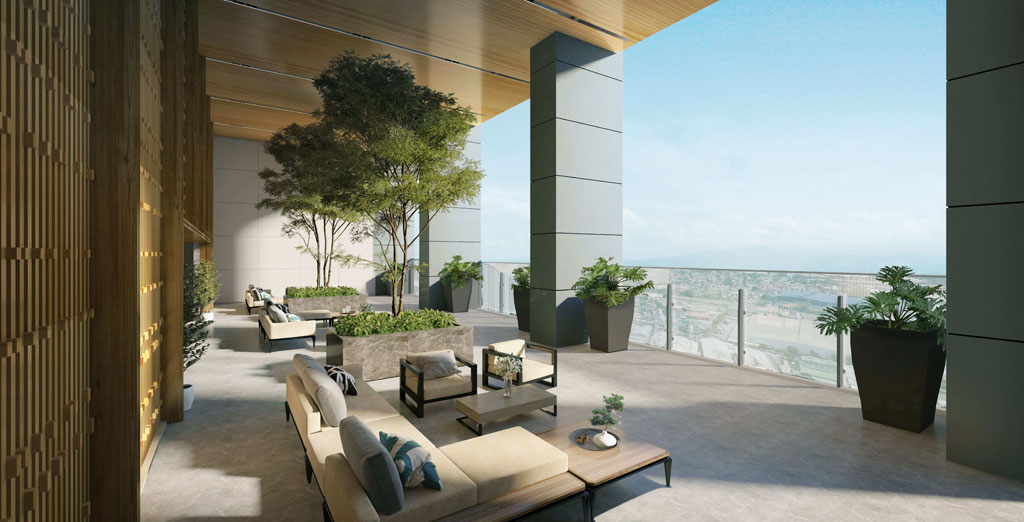 Parklinks North Tower will start turning over units in the third quarter of 2025. Parklinks South Tower is set to be unveiled soon.

A wedding to remember in Hamilo Coast’s glass chapel