The new development presents various advantages for its residents and visitors with its best estate practices, diverse retail options, work spaces, residential developments, and strong linkages to key cities in the metro.

When Ayala Land Inc. (ALI) won the bid for the Food Terminal Inc. (FTI) property, it knew exactly how it wanted to develop the 74-hectare estate in Taguig City.

With BGC and Nuvali — two of the biggest but very different developments — under its portfolio, they wanted a combination of the two. 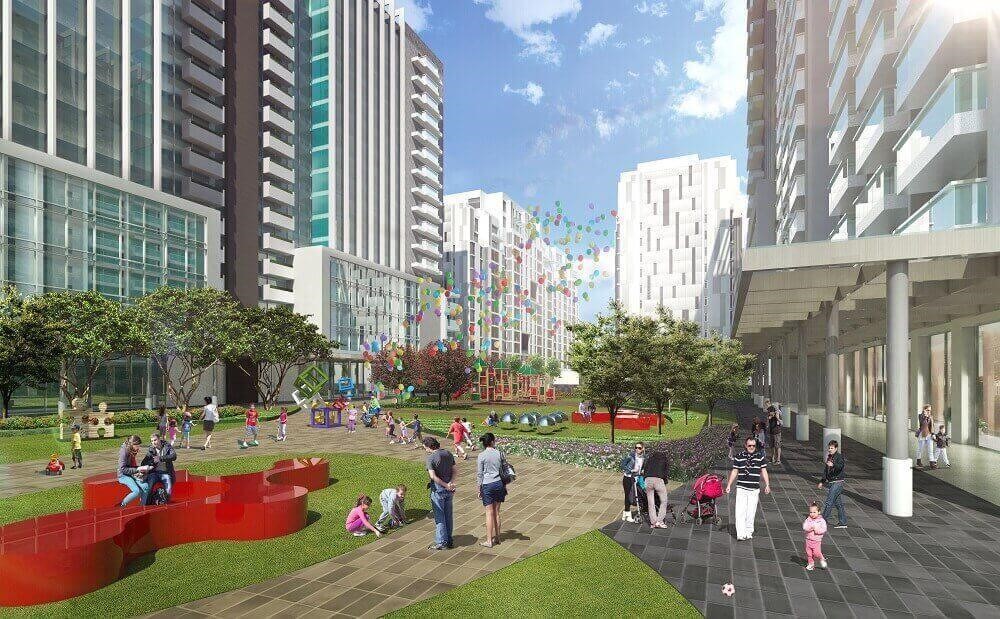 Arca South project development head Stephen Comia, who was also part of the original team that conceptualized Nuvali five years ahead of Arca South, recalls, “When we bid for a certain property, we have a vision for the development. We had been studying the property even before it was bidded out in 2012 because there was news about it going private. We really wanted to win the bid because we knew the potential of the area as a new commercial district.”

Indeed, the masterplan of Arca South combines the best practices of the mixed-use developments that ALI has built in the past three decades including the country’s premier commercial business district (CBD) in Makati.

You can say Arca South is the gateway to the south, Makati and Bonifacio Global City (BGC) with several existing and planned access points that include connections to the international airport, Paranaque and other nearby cities.

“We’re bringing the elements that are working well in Makati, Nuvali and BGC. Arca South is mixed-use and sustainable, which is true for all our estates, but what’s unique about it is that it’s a low-density urban development that has the potential to be the next CBD. Unlike other business districts where there are skyscrapers, the buildings in Arca South are between 12 and 15 stories high.”

While it is not in the flight path of airplanes taking off and landing at the four Ninoy Aquino International Airport (NAIA) terminals, there is a height restriction regulated by the Civil Aviation Authority which, according to Stephen, presented unique opportunities for the master plan.

“First, it was an opportunity to create something very different — a CBD that was low density. It’s going to be more relaxed with a lot of open, sprawling green spaces, which people can enjoy. There would be a linear park that would cut across the entire development, along with pocket parks that can act as respite or accidental meeting spots.”

Technology has given developers new opportunities to build responsive cities and Ayala Land is doing that with Arca South.

Stephen says, “Our value proposition is that Arca South is a city in sync. All systems have to be integrated because when we have access to consolidated data, we can decide and act quickly and properly.” 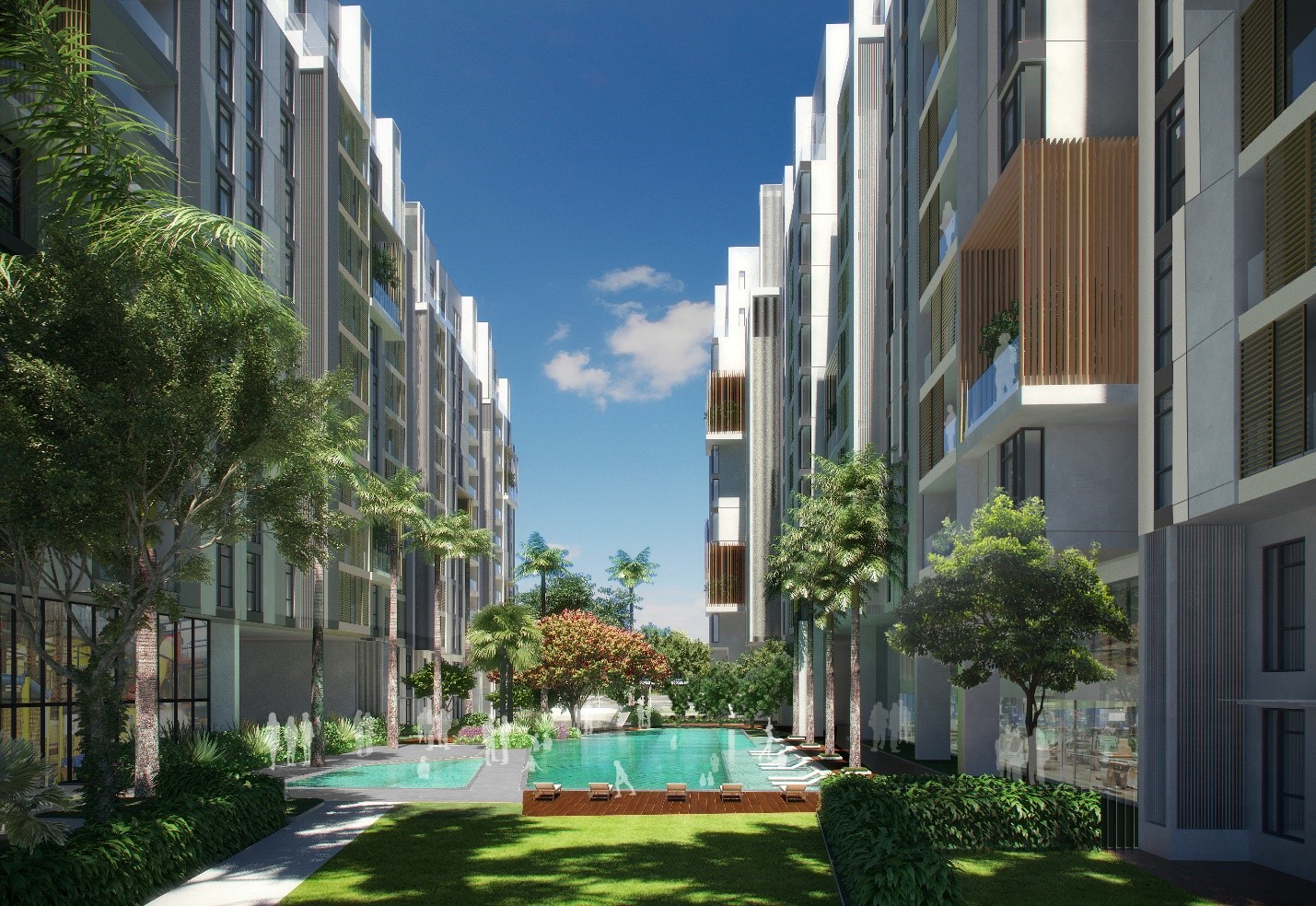 Located at the east portion of Arca South, Arbor Lanes intertwines nature and architecture in a vast 34,315-sqm development with commercial buildings to its north, residential communities to the west, and its main entrance to the east.

“To be able to manage the estate properly, you need to see what’s happening. CCTV cameras will be installed around. Information about the estate’s security, transportation, and traffic shall be transmitted and collected in a command center.”

One of Arca South’s unique feature is an “underground highway,” a road beneath ground level that connects the estate’s commercial areas.

Imagine you’re in the mall at Arca South and want to go to an office building at the other end of the estate. Rather than exiting the basement parking, you can just drive underground without having to deal with the traffic on the streets (or adding to the traffic).

“Around 40 percent of the estate are connected by the underground highway. It not only frees up the streets and doubles the capacity of roads, it also increases pedestrianization and connectivity.” 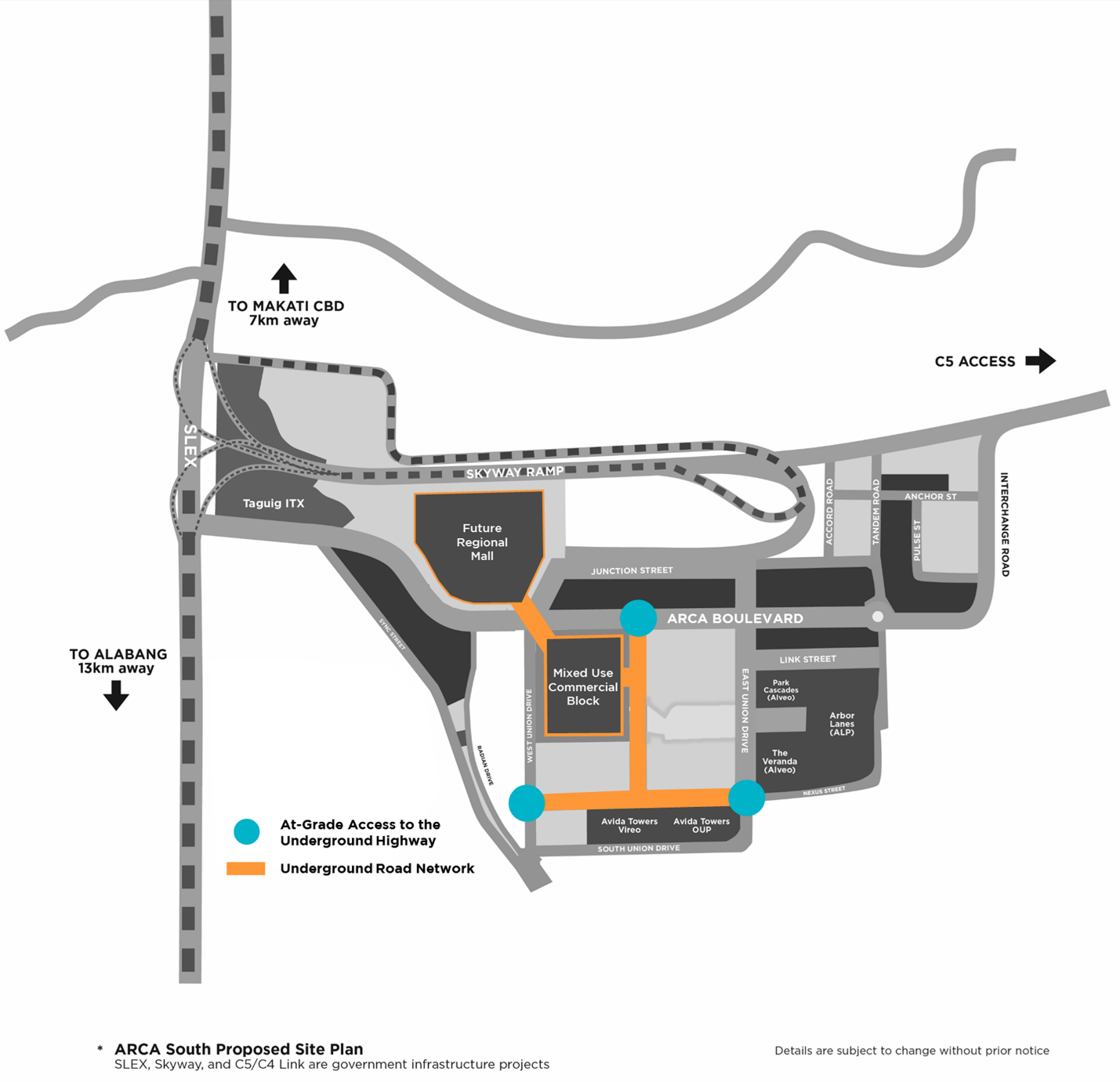 One of Arca South’s unique features is an “underground highway,” a road beneath ground
level that connects the estate’s commercial areas.

Making people the priority also includes providing them with an efficient public transportation around the estate — similar to what BGC has — and an alternative way to get from one place to another: on bicycles as the best cities in the world have.

“We have dedicated bicycle lanes, so people can just bike to get around, say, from their home to office. We’re also studying the bike-sharing program because we have provided the infrastructure already.”

Connectivity and accessibility of the estate is important. Stephen says, “We want to highlight Arca South’s accessibility to different infrastructure projects. Currently, the development may be accessed through the East Service Road. There is also a Philippine National Railways (PNR) FTI station at the front door of the development.”

“On-going is the Southeast Metro Manila Expressway project that will improve the access to the estate. This is a project that will provide a connection from the existing Skyway to C5 and will extend all the way to Quezon City. Along that new road will be an access to Arca South that’s between Bicutan and Magallanes exits.”

Stephen says the government has plans of constructing three “inter-modal transit hubs.” The Parañaque Intermodal Exchange (PITX) is already completed, the second one is the Taguig City ITX, which is beside Arca South, and the third is located north of Manila.

Ayala Land is building the Taguig City ITX, which is adjacent Arca South. “As the concessionaire, we will build and operate the terminal. It would be the biggest among the three, sitting on 5.5 hectares with the capacity of about 4,000 buses.”

Imagine an “airport for buses,” which is how Stephen describes the government’s vision. “It will have platforms and gates for buses, and a centralized ticketing system.” The inter-modal transit hubs are ways to improve the traffic condition in Metro Manila. 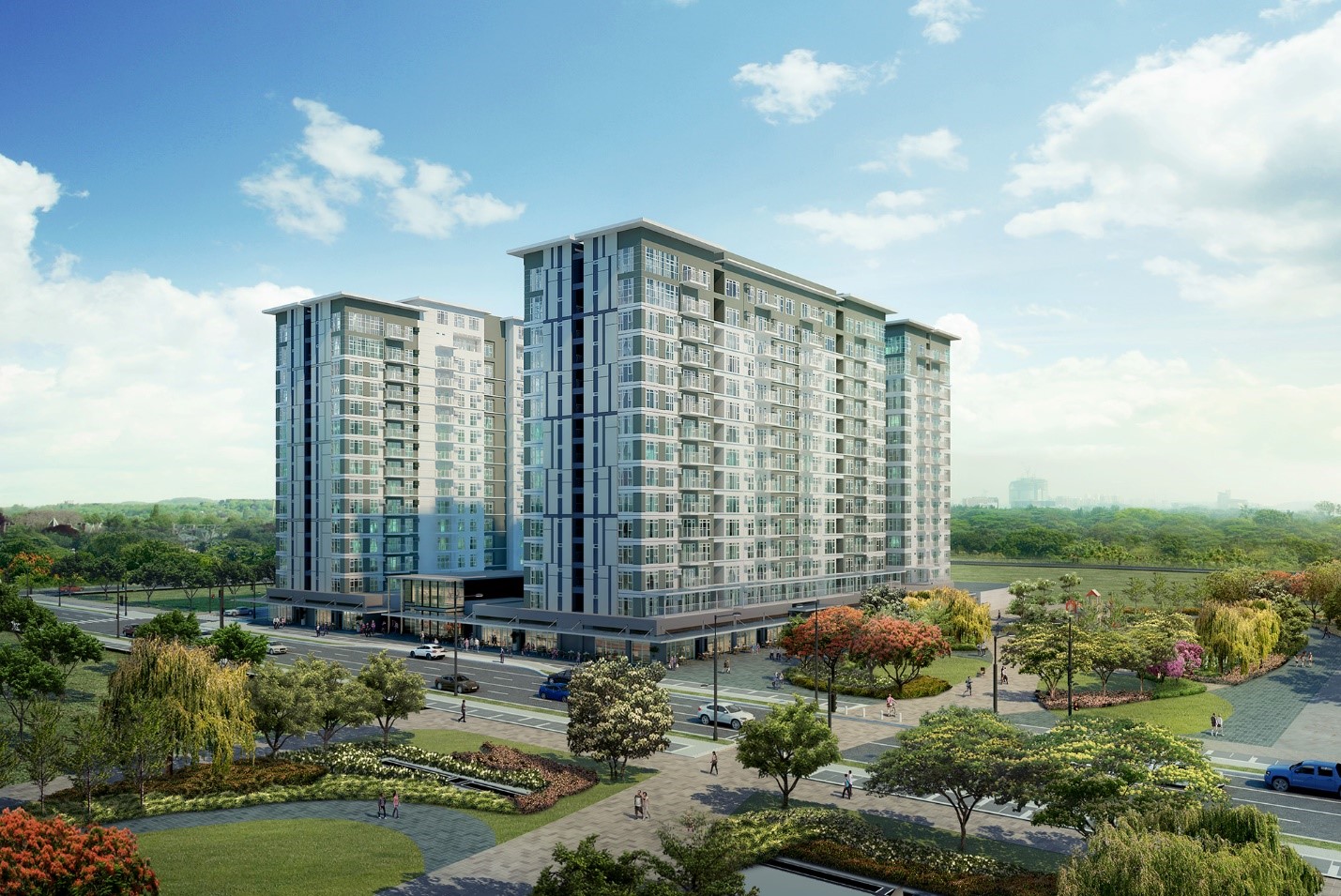 Arca South will have a 50-50 split between commercial and residential developments. Stephen says it’s the right balance for this Ayala Land estate.

“The low-density, mid-rise condominiums are seamlessly connected to retail areas and open spaces of Arca South. ALP has Arbor Lanes; Alveo has The Veranda and Park Cascades; and there’s Avida Towers Vireo and Avida Towers One Union Place.”

At Avida Towers Vireo, life is defined by the promise of growth, a sense of newness, and fresh vigor.

“For the retail side, we will open Ayala Malls Arca South by 2022 and the merchant mix will be anchored on sports, health and wellness.”

Another best practice they’re adapting from BGC is the Bonifacio High Street — retail spaces spread out along the Arca Main Street. “Arca Main Street will have a row of retail on both sides of the park and different activities may be enjoyed by the whole family — fitness park, urban promenade, central events area and a family park”

With sustainability as one of the guiding principles of all of Ayala Land’s estates, Arca South redesigned its road network to work with the lay of the land.

“When we acquired the property, there were already old acacia trees planted there. When we saw the trees, we adjusted the masterplan to integrate the existing trees and complement the planned green open spaces.”

What will life be like for future residents and workers at Arca South? “It will be like living in a modern urban district, but low-density, in sync with everything they need, in a more relaxed pace and setting.” 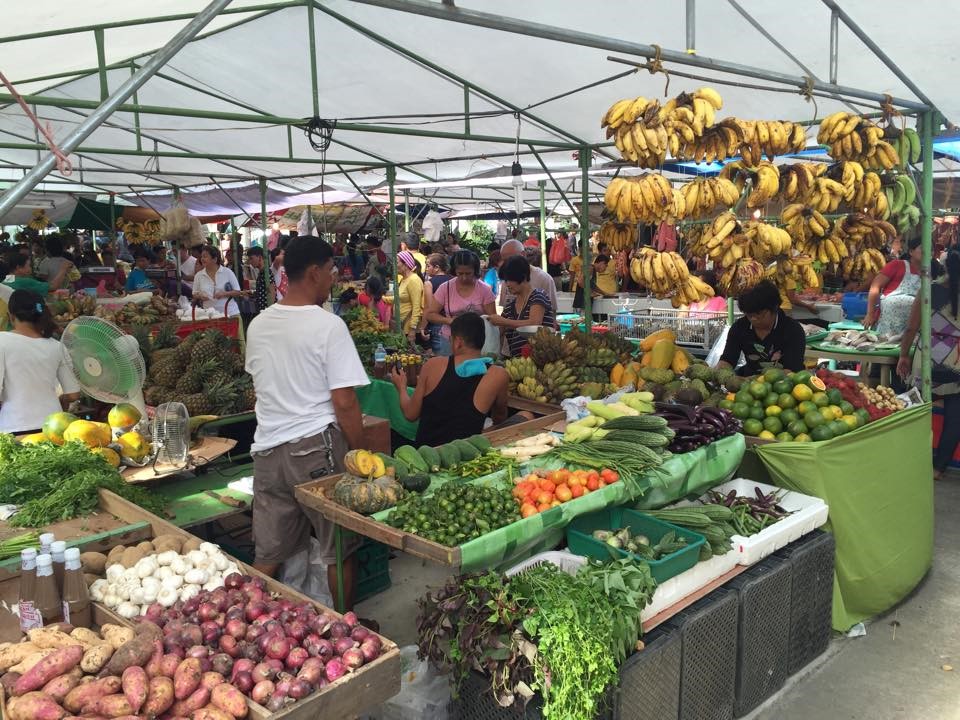 Arca South tips its hat to the role FTI played in connecting agricultural producers to consumers with its AANI weekend market.

Battle of the bastards

A tranquil way of life at Tagaytay Highlands’ Yume