(Doreen is associate editor of the STAR and editor of STARweek magazine and the Tourism section. She also works in the arts, with Ballet Philippines and Tanghalang Pilipino, as well as with Kaisa Para sa Kaunlaran, an organization of Tsinoys.)

I honestly can’t lay claim to being a Binondo girl, because I never lived there. The district of Binondo, less than a square kilometer in size, is the oldest Chinatown in the world, established in 1594 by the Spaniards for Chinese migrants who converted to Catholicism.

The settlement was across from the walled city of Intramuros where the Spaniards lived, so they could keep an eye on the Sangleys. It was supposedly intended to replace the Parian, where the Chinese were first confined.

I lived in the family compound on San Rafael street in nearby San Miguel district. But Binondo has always been a part of my life, a place of delight from as far back as I can remember. Our family hardware store was in Binondo, on Dasmariñas street. The hardware store is no more, but the building still stands; it must be around 80-plus years old, sturdy as ever, the first building in the city, I was told, that was built to withstand earthquakes.

When I was a kid, going to my father’s office was always a thrill, reserved for Saturdays (no school). We’d enter from the back, on San Vicente street where the car could park, and walk through a labyrinth of crates and huge rolls of wire stacked up to the high ceiling, out to the storefront, which had red-and-white speckled tile floors, wooden ceiling fans rotating lazily and glass cases filled with all sorts of tools and other strange shiny things.

The offices of my father and uncles were on the mezzanine, and to a scrawny little kid going up the stairs was an adventure in itself. Years later the offices moved to the third floor, and you had to step out to Dasmariñas street to get to the elevator — an engineering marvel with inner and outer doors that opened and closed separately by levers cranked manually, and a wheel that drove it up or down. The ride was slow and not always smooth, depending on who was manning the elevator. That elevator, by the way, still works to this day. 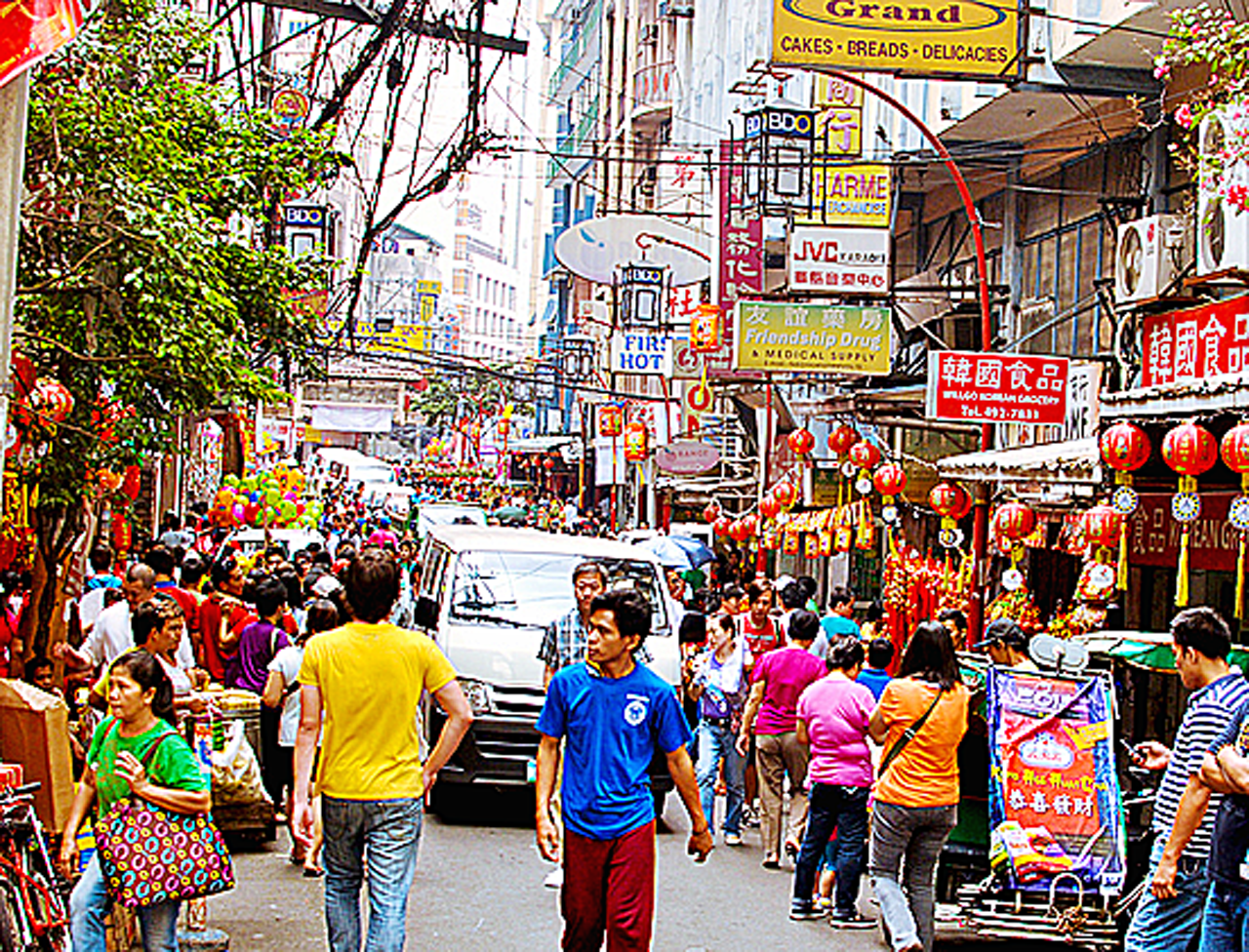 Streets in Chinatown are always bustling, but more so in the days leading up to the Lunar or Chinese New Year, when the streets become a gaudy cacophony of noise and colors. Photo from www.siningfactory.com 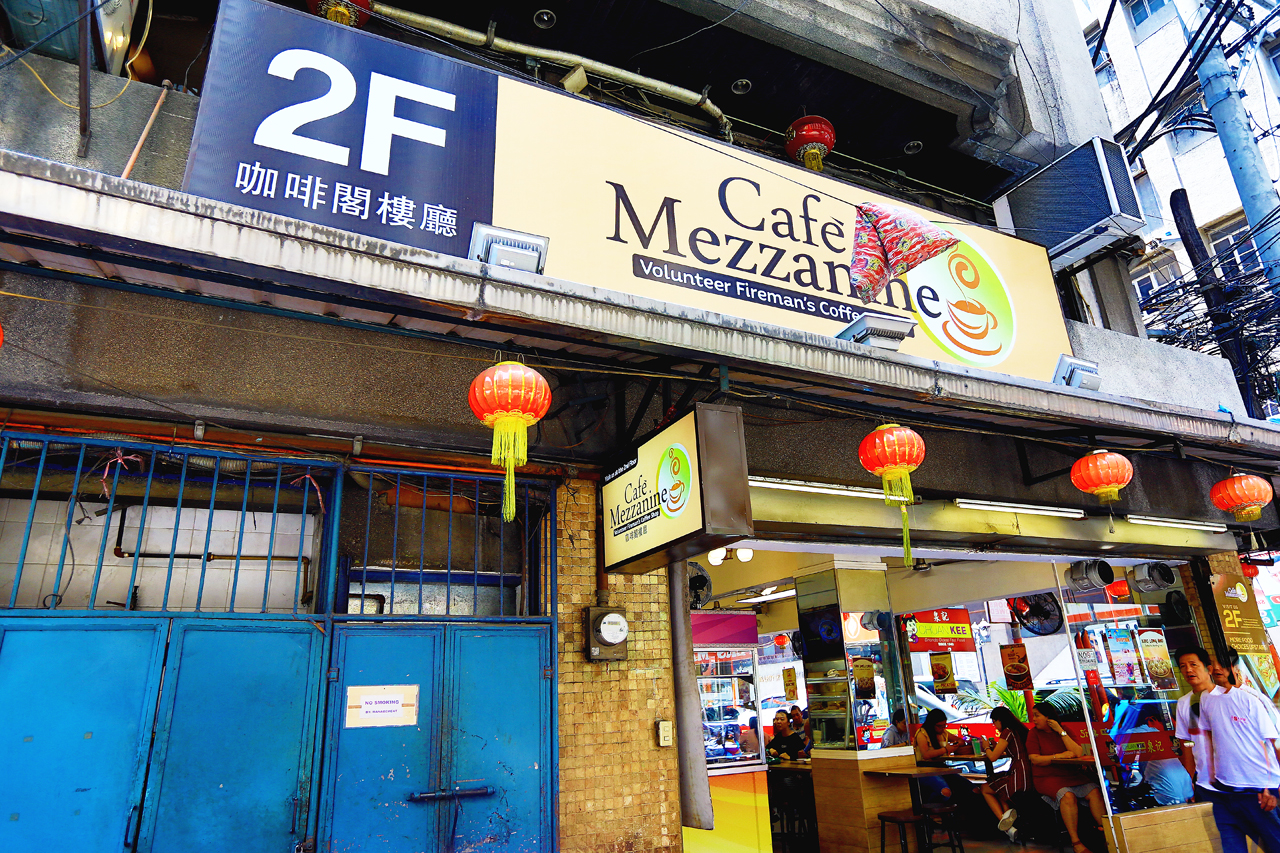 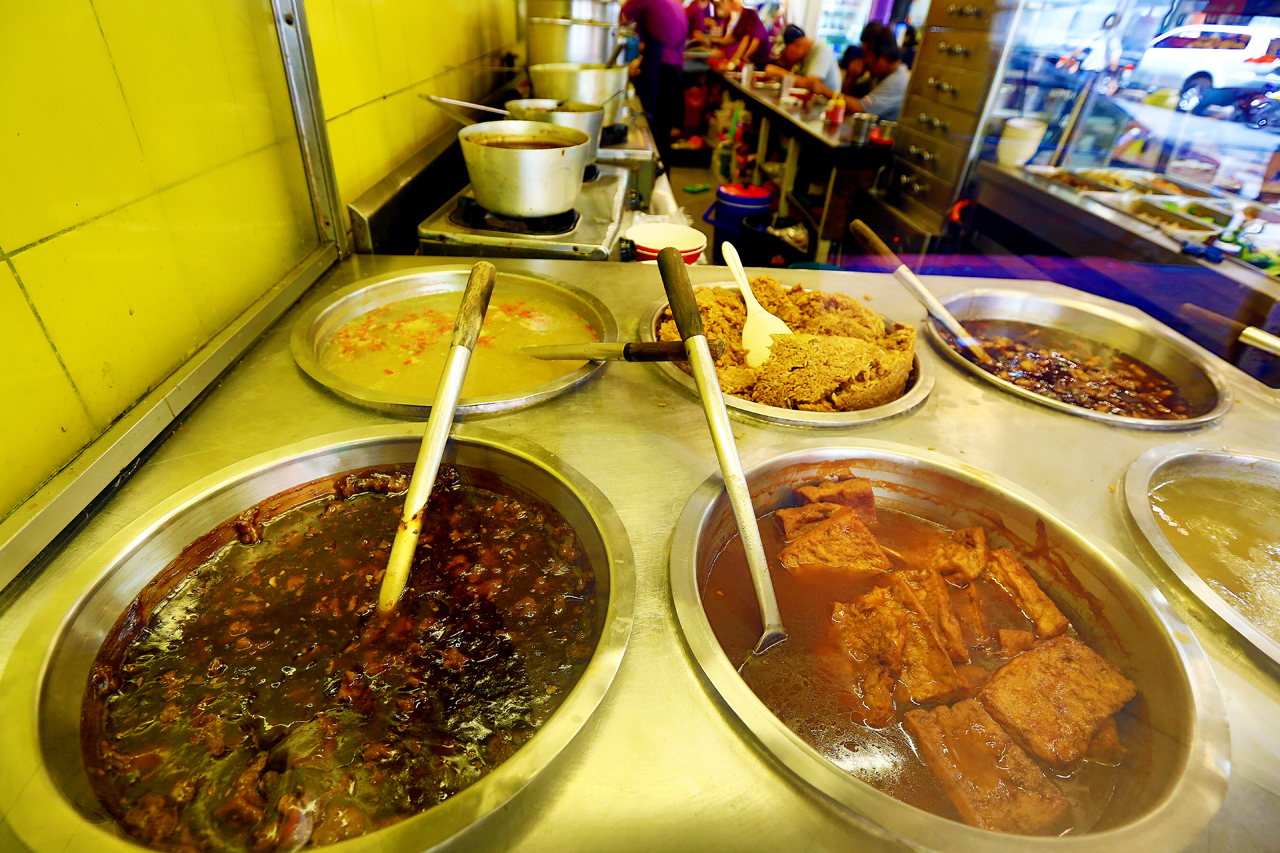 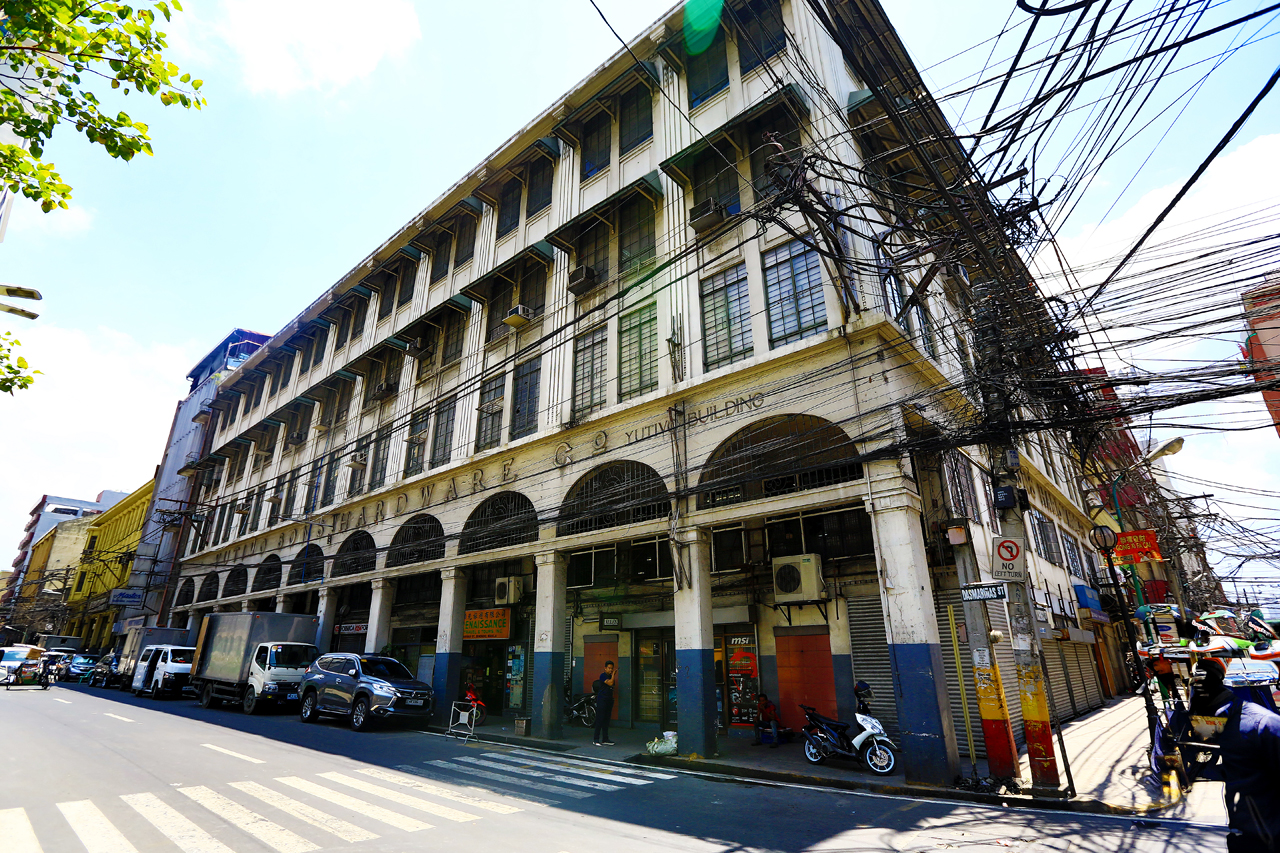 The Yutivo Building was home to the original Yutivo Sons Hardware Co. The building has survived numerous strong earthquakes – without a crack or misaligned beam or post. 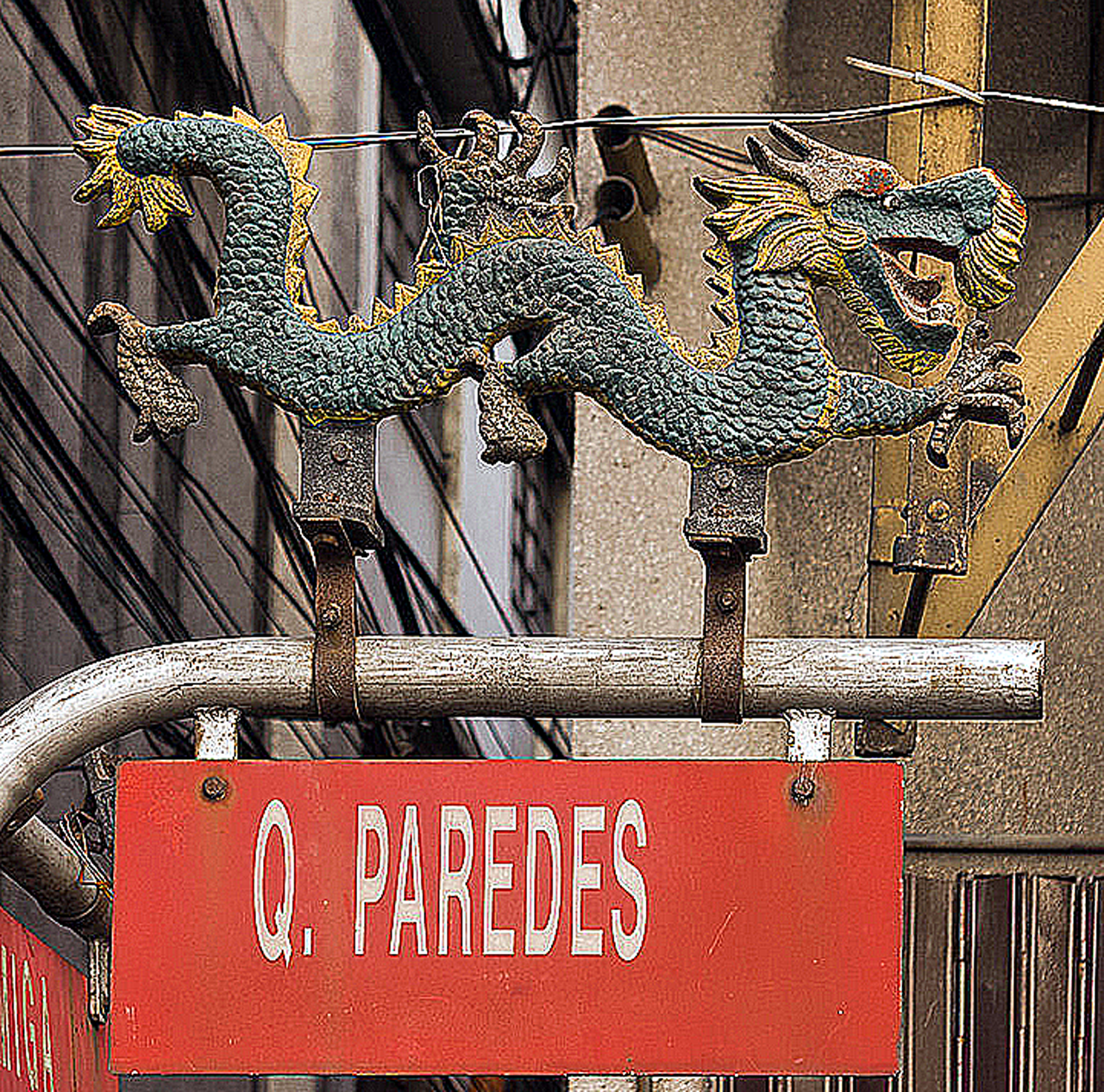 Attempts to sinicize the area include street signs with dragon motifs. Photo by Uwe Aranas, CEphoto 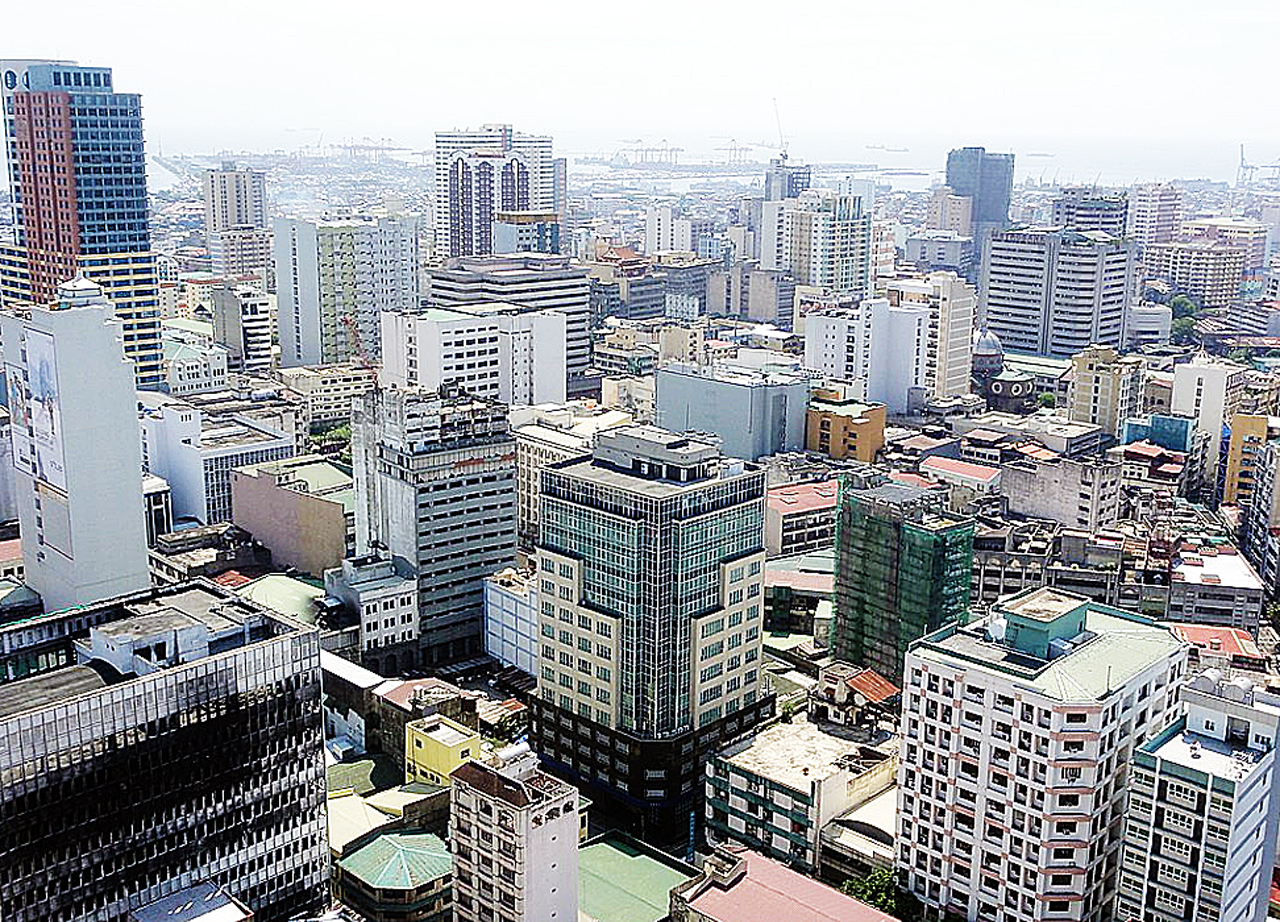 Property prices in Binondo are among the highest in the metropolis, so new developments are mostly high rises squeezed into small lot areas. Photo by Patrick Roque/Wikipedia.com 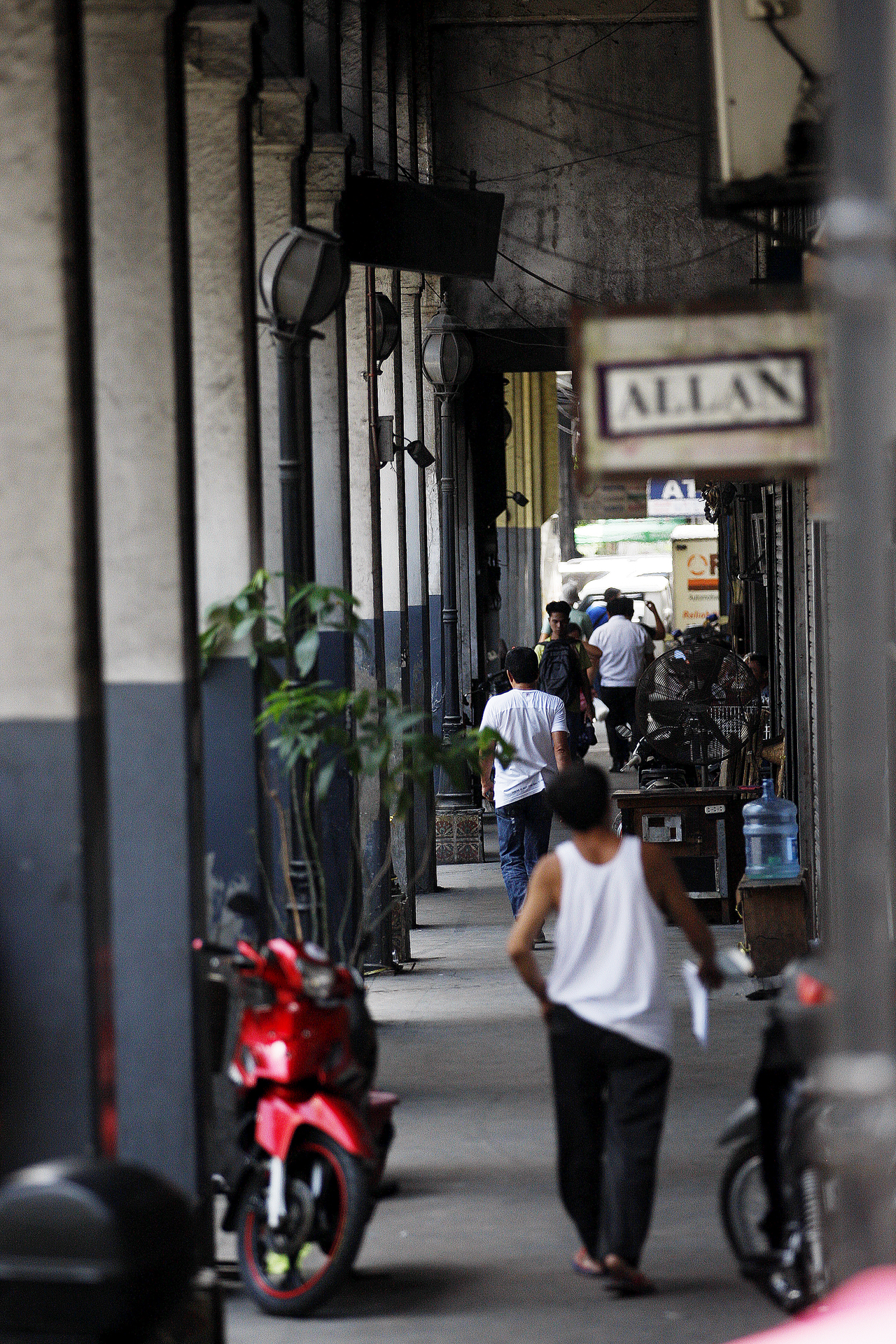 Pedestrians, vendors, motorcycles and delivery men with their trolleys share the sidewalks of Binondo.

Next door was a drugstore, Yu Cuan Se, owned by distant relatives, and further down around the corner was the famous Marquina restaurant. But the hangout — for boys only, back in the day long before sexism and #metoo — for the folks in the area was Canada Café, the quintessential greasy spoon that everyone complained about but could not get enough of. That is long gone, the site now a parking lot.

My mother and grandmother did their shopping in the area, as I find myself doing today. My grandmother frequented Hok Chuan Tay, where she picked out what she wanted — and when we tagged along we too could pick what we wanted! — and the storekeeper sent everything over to the office to be loaded in her car. She never paid; the bill was later sent to the office and inevitably, my father and my uncles would exclaim “Highway robbery!” but would pay the bill anyway.

My mother preferred Yu Tsuan Hong a few doors away, as their prices were supposedly more reasonable. But they had the same goodies — everything a respectable kitchen had to have on stock, plus candies and champuy, imported fruits, chichiria and lots more.

Both closed shop many years ago, but many similar stores have sprung up around the area, from Ongpin to Nueva to Salazar streets, from full-stock grocery stores to specialty shops that carry a limited but select range of merchandise.

These days, our ventures to Chinatown usually start with lunch at Café Mezzanine, the air-conditioned version of the iconic Chuan Kee at the corner of Ongpin and Nueva, for maki-mi, xiao long pao, kiam pong and other comfort food. An alternative is Quik Snack on Carvajal, famous for their kuchay-ah, oyster omelet, satay noodles, and I am told they have a knock-out halo-halo which I must try.

I inventory my pantry before every foray into Binondo, because although there are now Chinese grocery stores in the suburbs, you can still get better selections and better prices — with a little haggling for good measure — in Chinatown.

On weekdays, vendors selling fruits and vegetables, and some seafood, line Carvajal street. It’s a pedestrian lane rather than a street, connecting Nueva (now Yuchengco) and Rosario (now Quintin Paredes). Among Tsinoys we still call it Ho-swa-hang, or umbrella alley, just as Nueva is still Aw-kwe-ya or back street (it’s the back street to Rosario, the main street). The produce here is of top quality, not always cheap, but if you want polonchay or sariwang bawang in season, this is the place to look for them. But take note: the vendors are only here on work days to cater to the office workers.

Iused to frequent two Chinese apothecaries, one on Carvajal (owned by a second cousin) and another on Nueva (this one took three-hour lunch breaks), but they’re both gone now, their old buildings about to be torn down to give way to new high rises, given the skyrocketing prices of the very limited real estate in Binondo.

But the one place I will miss the most is my tea store, Hong Bio, easily lost among stores selling industrial supplies on Nueva. Up until recently it was manned by the amiable Gloria, who gave me a discount without my asking for it and always reserved a Chinese calendar for me. But she recently had a stroke and stopped going to the store. Her son now holds court there, and tea is no longer their main merchandise; bearings and spare parts now fill the shelves.

My grandmother used to buy her tea there, when it was known as Hong Moh (ownership, I believe, has changed hands several times) — high quality jui xian and some ti kuan yin. I still very clearly recall going there with her, past the front of the store into the cavernous storeroom at the back, where large tin containers were stacked on shelves lining the walls all the way to the ceiling.

As a little kid, it seemed to me all the tea in the world must have been stored in those tins. Before Gloria retired, every time I went to the store I’d take a peek in the back, where the shelves and the tins — and probably the dust and cobwebs too —  were as I remembered. Without Hong Bio, I feel like a tea orphan, relying on the kindness of friends to bring me tea from China and Taiwan.

Nowadays many mainland Chinese have “invaded” Binondo; it’s not only localized Hokkien (mixed with Filipino) you will hear when you walk along the always crowded streets, but Mandarin too, and mainland accented Hokkien.

They’ve added a dimension to what’s on offer in Binondo, especially as far as food goes. And so Binondo continues to grow and evolve — dynamic, thriving, prospering. But it will always be my Chinatown — chaotic, dizzying, invigorating, a physical and spiritual experience like no other.

Cities by the bay